HILLARY CLINTON is to be appointed chancellor of Queen's University in Belfast.

The former United States Secretary of State will travel to Northern Ireland on Friday where she will be inaugurated as the chancellor in a ceremony which was previously unable to take place due to the pandemic.

Ms Clinton was first appointed to the role in January 2020, but has not yet been formally inaugurated due to the Covid-19 pandemic and related restrictions.

According to BBC News, Ms Clinton will attend the ceremony on the campus of the university, where she will deliver a speech and confer honorary degrees on a number of individuals.

Speaking in January 2020, when she was first appointed as chancellor of Queen's University Belfast, the former Secretary of State and First Lady said it was a "privilege" to take up the role, adding that she has "great fondness" for the university.

"The university is making waves internationally for its research and impact and I am proud to be an ambassador and help grow its reputation for excellence," she said.

Stephen Prenter, Pro-Chancellor and Chair of Queen’s University Belfast Senate, said at the time that "Clinton has made a considerable contribution to Northern Ireland and as an internationally recognised leader will be an incredible advocate for Queen’s".

Ms Clinton, along with her husband Bill, visited Northern Ireland on a number of occasions during the 1990s, where she offered support for the ongoing peace process.

She received an honorary degree from QUB in 2018, and used the opportunity to call for Northern Irish politicians to "put their quarrels aside" and to return to Stormont following the power-sharing disagreement in 2017. 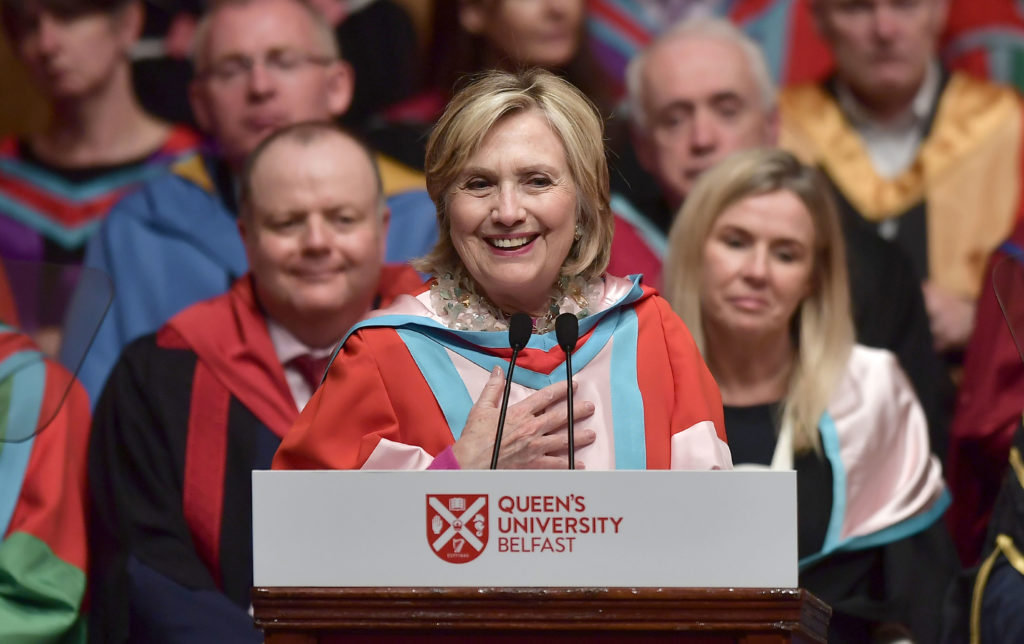 The chancellor role is a largely ceremonial one which typically sees the person appointed presiding over graduation ceremonies and other significant events, and QUB have said that Ms Clinton will also act as an advisor to the senior management of Queen’s, as well as being an ambassador for the university.

Ms Clinton will hold the role until January 2025.