THE MOTHER of children allegedly held captive and tortured by their parents smiled as she and her husband were ordered to stay away from them.

A judge in California has issued a protective order banning the parents of 13 - aged between two and 29 - allegedly held captive in a suburban home in Perris, Riverside County, from contacting them for three years.

Appearing shackled in court, the judge ruled David, 56, and Louise Turpin, 49, must stay 100 yards away from their children and have no electronic contact until 2021.

Louise Anna Turpin and David Allen Turpin have been charged with 12 counts of torture, seven counts of abuse of a dependent adult and six counts of child abuse as well as a further 12 counts of false imprisonment. 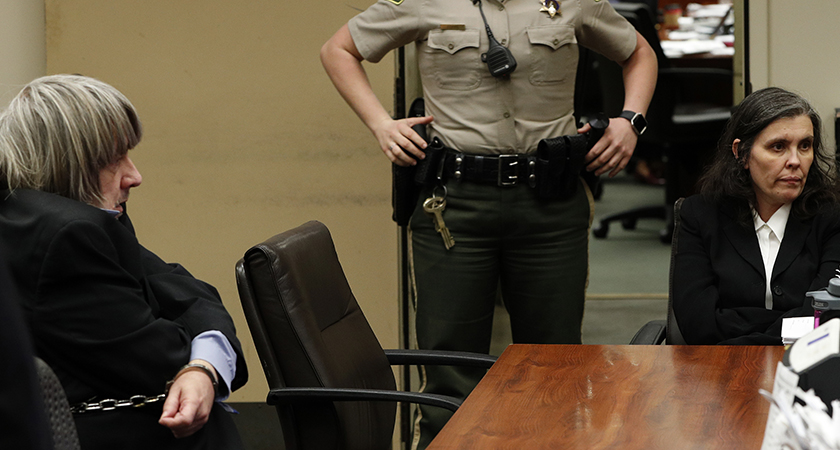 Louise Anna Turpin and David Allen Turpin, accused of abusing and holding 13 of their children captive, appear in court in California yesterday. In this image, David can be seen in shackles. (Picture: Gina Ferazzi - Pool/Getty Images)

David Turpin is also charged with one count of a lewd act against a child by force or fear under duress.

The couple have pleaded not guilty to all charges and their bail has been set to $13 million.

If convicted, the pair could face 94 years to life imprisonment.

The 13 siblings were allegedly kept in squalid conditions in their home, often chained to beds and unable to use the toilet, until the couple's 17-year-old daughter escaped through a window on January 14 and alerted the authorities.

Prosecutors said the young girl had been plotting an escape from the Turpins' home for over two years with her siblings. 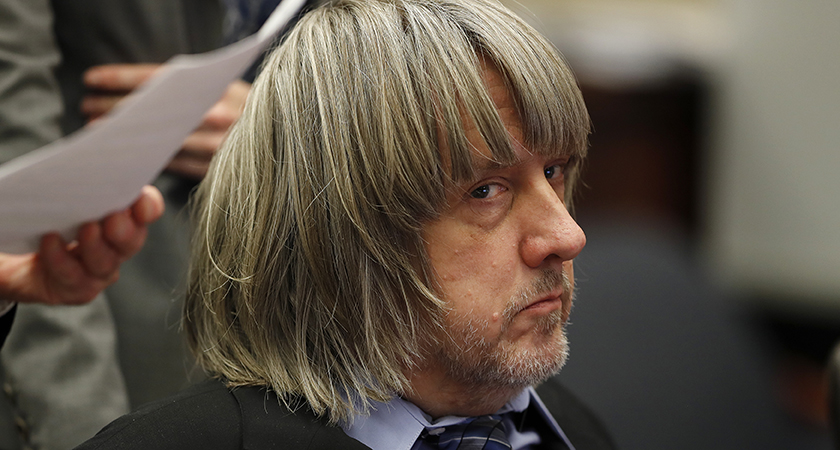 Speaking to the media yesterday, prosecutors in California revealed the children were underweight and malnourished when they were found; saying the 12 year old weighed the same as an average seven year old while the couple's 29 year old daughter weighed just over five stone.

Prosecutors also said the family led a 'nocturnal lifestyle' of being awake at night and going to bed at 4am, sleeping throughout the day.

They said many of the children had cognitive impairment and nerve damage as a result of 'extreme and prolonged physical abuse.'

While they were homeschooled, the children lacked basic knowledge of life, with many not knowing what a police officer was.

The only thing the children were allowed to do was to keep journals, which police have now seized and are combing for evidence, prosecutors said.

The children told prosecutors that they were initially tied up with ropes as a form of punishment - sometimes lasting weeks or months at a time - with one instance of one sibling being hogtied.

However it is alleged the parents began using chains after one child managed to escape the ropes.

David Allen Turpin and Louise Anna Turpin are due back in court on February 23.