That victory set up tomorrow’s clash against Glasgow Warriors in Parkhead – and Cullen encouraged supporters from the green half of Glasgow to come out and support his side by saying "Glasgow rugby players all support Rangers".

Former Lisbon Lion Jim Craig was one of a number of high-profile figures to criticise the comments.

And Cullen used today's captain's run ahead of the showpiece occasion to quell any suggestion he was stoking division in the city. 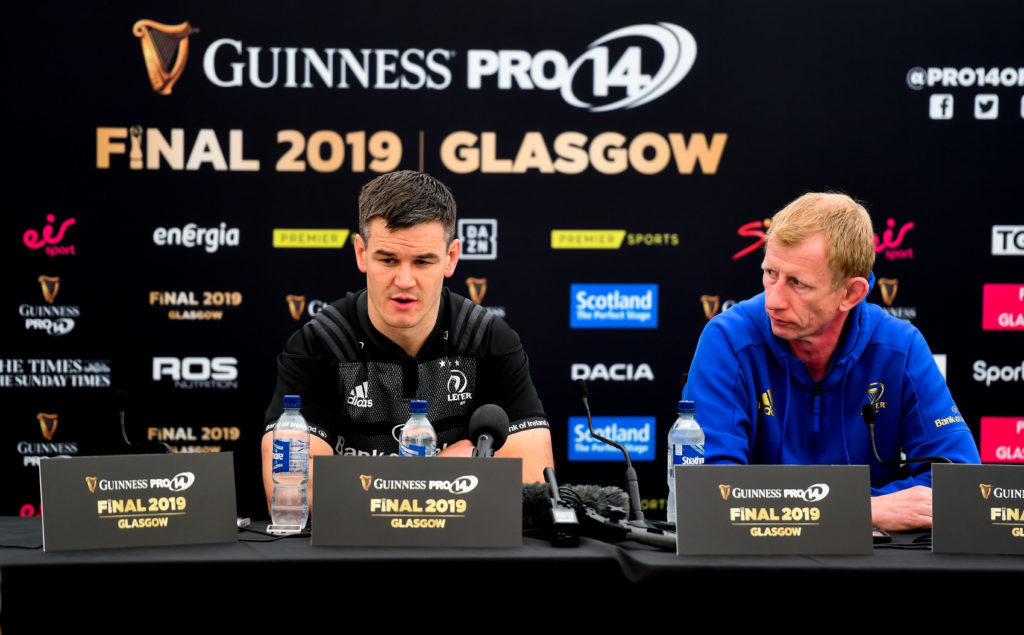 He said: “After the game last week, our semi-final, I made a comment that seemed to attract plenty of attention. Just so that we’re all aware, it was a throwaway remark, it was made in jest and I didn’t mean to offend anyone. For any individuals that I did offend, I apologise to them.

“I made my Ireland Schools debut back in 1995 in Glasgow against the Scottish Schoolboys and we have been coming here on a very regular basis to Glasgow with Leinster.

"To see the progression from Hughenden to Firhill to Scotstoun and to be playing a game here in Celtic Park, it is amazing to have been part of that progression.

"We're unbelievably excited. Leinster feel very privileged to be here and we're looking forward to what will hopefully be a very good encounter between two very, very competitive bunches of players." 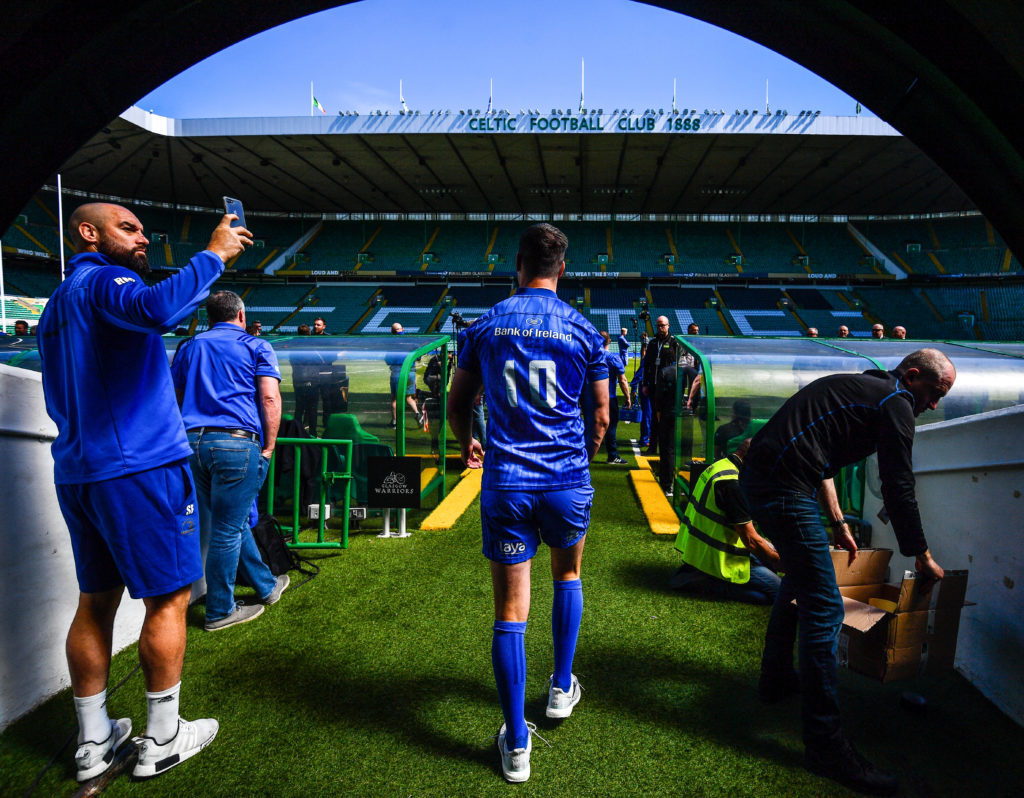 Jonathan Sexton during the Leinster captain's run at Celtic Park in Glasgow, Scotland. (Photo By Ramsey Cardy/Sportsfile via Getty Images)

Johnny Sexton, Rob Kearney and Scott Fardy all return to the starting XV, and Sexton says Leinster should use the example of their European Cup conquerors as inspiration tomorrow.

“I think Saracens are a great example over the years of a team that have thrived in other teams’ back gardens,” he said.

“We need to try and take a little bit of that into tomorrow.

“It’ll be 23 of us against probably 40,000. I don’t know how many Leinster fans will make it over having put their hands in their pockets to come to Newcastle. We probably let them down there a little bit and want to repay them. It’ll be a tough challenge for us, but one we’re looking forward to.”

"I have to give a huge amount of credit to the players - we've used 57 to get us to this point."

Leo Cullen reflects on the journey to the #GuinnessPRO14 Final and the 'privilege' of playing at the home of @CelticFC. ⬇️#GLAvLEI #JoinTheRoar pic.twitter.com/fgjHNqjmpz