Neil Lennon the manager of Celtic with Peter Lawwell, Chief Executive of Celtic brfore the Scottish Cup semi-final between Aberdeen and Celtic at Hampden Park on April 14, 2019 in Glasgow, Scotland. (Photo by Ian MacNicol/Getty Images)

NEIL LENNON has been back at Parkhead now for ten months and already the signs are there that the building blocks to a successful reboot are taking shape.

Returning on an interim basis following Brendan Rodgers’ departure to Leicester last season, the Celtic board extended that stay for a further 12 months in May after the Lurgan native secured the domestic treble. With Celtic going for a record equalling nine-in-a-row this season, the club’s board opted for familiarity in the man who started that run back in 2011.

There were similarities to the club he took over from Tony Mowbray back in 2010, an aesthetically pleasing but stuttering team that wasn’t competing in Europe and a risk-adverse board to contend with.

Shunsuke Nakamura has left the previous year and Aiden McGeady followed suit with a big money move to Spartak Moscow. 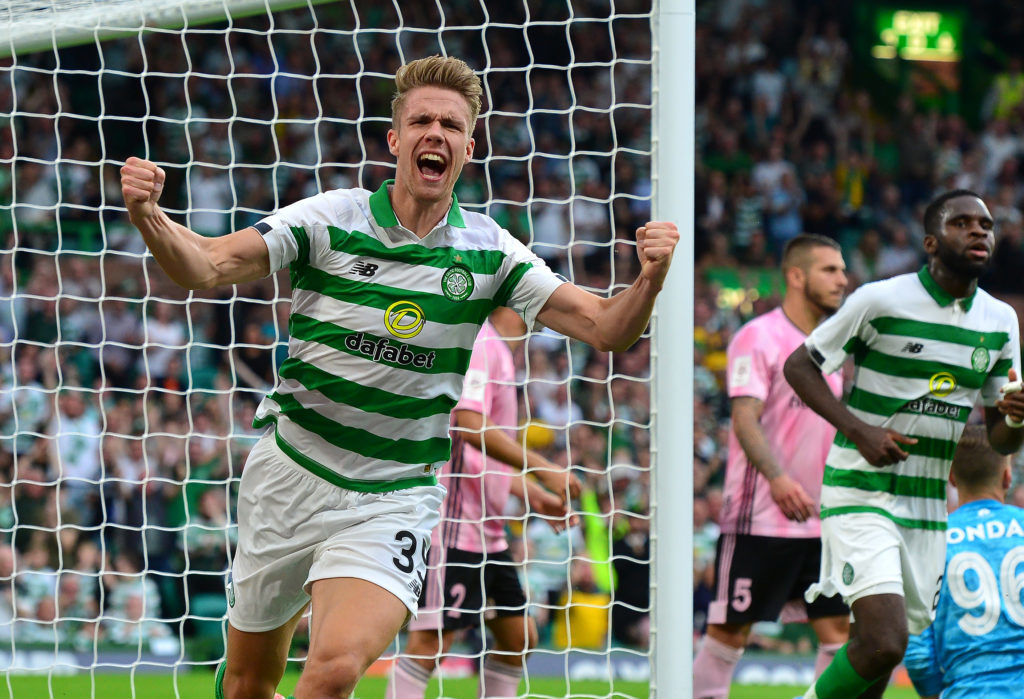 Lennon had to rebuild effectively with the McGeady money and in came the likes of Fraser Forster, Kris Commons and Gary Hooper. It started with an awful European campaign that ended 4-0 away to Utrecht but fast forward to the following season and with Victor Wanyama added to the midfield the club won the league for the first time in four years.

More importantly, Celtic had built a team to compete in the Champions League and Lennon’s experience of playing for the club on the biggest European stage under Martin O’Neill and Gordon Strachan showed as they made it to the knock-out stages beating Barcelona on the way. Just how far that team could have gone will remain a mystery as key players left for bigger money in the Premier League.

Fast-forward to the end of the decade and once more Lennon is building from the bottom, or more accurately from the back.

The return of Forster has been key but Celtic’s vulnerability in central defence under Rodgers has seen £7 million spent on French defender Christopher Jullien. Combined with Kristoffer Ajer, it’s a gigantic last line of defence with an average height of 6’6’’ and one that’s been miserly to opposing attackers this season. 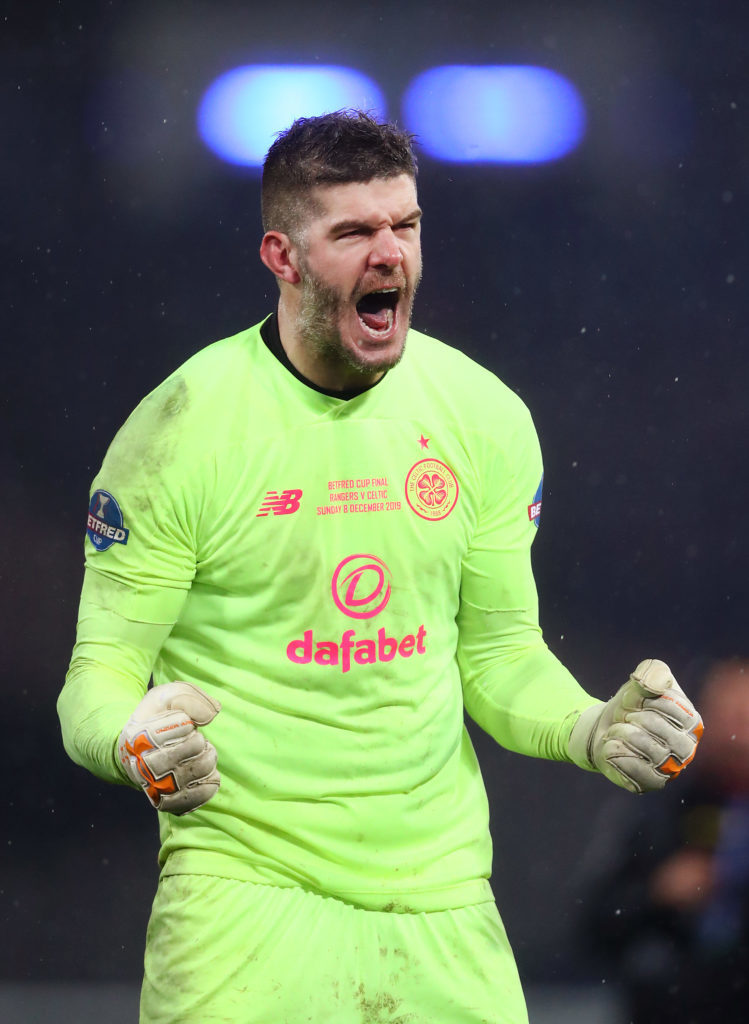 Although an improved Rangers under Steven Gerrard are keeping pace with Celtic domestically, it’s the ability for Lennon’s new Celtic to grind out results in the Europa League that’s proved the highlight of his return.

That all culminated in Celtic’s best result since that night against Barcelona when Olivier Ntcham slotted home the winner against Lazio to cap a memorable night in Rome.

Not only did it secure knock-out football in the New Year, it reminded the club that it could win a big game in Europe away from home – the club’s perennial Achilles heel and something that Rodgers couldn’t master in his time at the club with a 25 per cent away win rate bookmarked by humbling defeats in Barcelona and Paris.

Yet for this promising start, the question remains as to how long Celtic can keep hold of its top players in a European market that’s far more lucrative than Scotland.

This was never more illustrative than when Rodgers left for Leicester as it was a total reversal of the arrival of O’Neill from Filbert Street back in 2000 – trading ‘immortality for mediocrity’ is all relative when the ‘mediocrity’ operates on a totally different economic planet.

Where Celtic lose Tierney for £25million, Leicester sell Harry Maguire for £80million – is there a £55million gap in talent between the two? No, but there is a substantial economic gap between Scotland and England that underlies such stark differences.

There’s an interesting video by Tifo Football that lays bare that disparity. Celtic’s matchday income compared to English top flight clubs remains competitive with only the big London clubs, the two Manchester teams and Liverpool generating higher revenues as they benefit from richer local economies and tourism amongst other factors – if you want to see a perfect example of how important tourism is to big clubs, just look at how hard Real Madrid found it to pack the Bernabeu after Cristiano Ronaldo left for Juventus.

However as we know, television is king and broadcast income for Celtic continues to dwindle. In 2017/18 Celtic’s broadcast income was a fifth of that earned by Brighton, a tenth of that earned by Liverpool. Even Hull City and Middlesbrough earned roughly double that of Celtic as the Premier League remains the primary gaze of the global football eye. 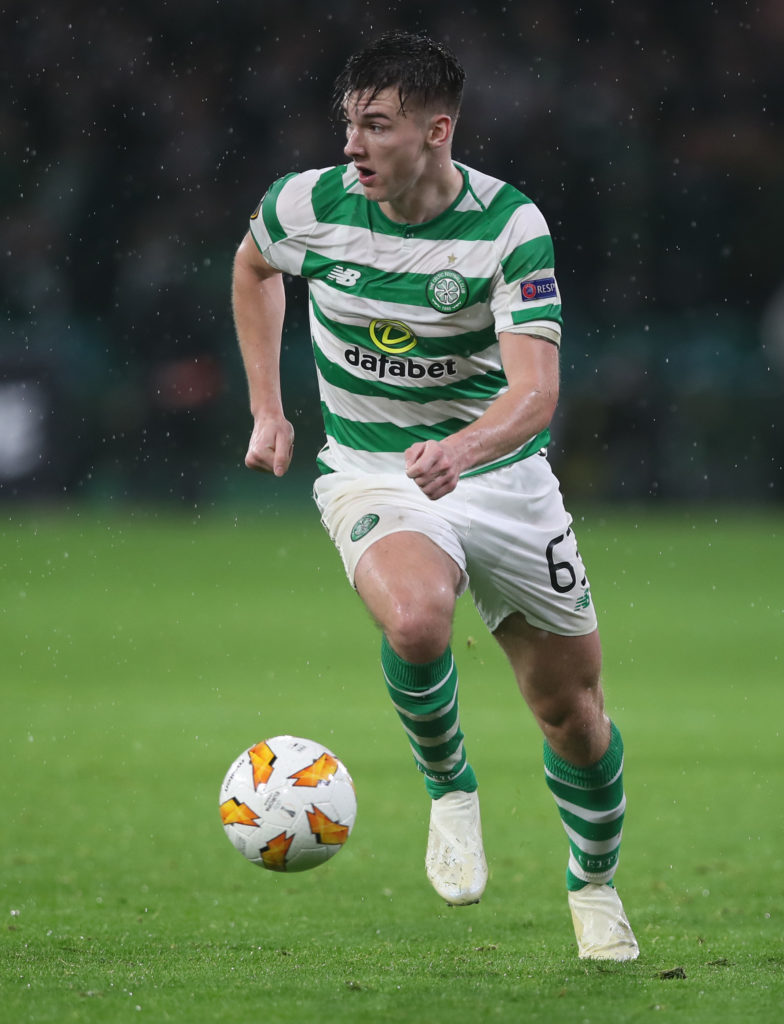 Kieran Tierney of Celtic controls the ball during the UEFA Europa League Group B match between Celtic and RB Leipzig at Celtic Park on November 8, 2018 in Glasgow, United Kingdom. (Photo by Ian MacNicol/Getty Images)

All of which means that despite its size and pedigree, Celtic’s ability to compete on the European stage is incredibly tough and if anything, the gap is growing.

Lennon’s success first time around was to assemble a side on a very limited budget that could play a style to compete at the top table. He has the same challenge on his hands this time around and from the outside it feels like once again, his biggest challenge will be with the Celtic boardroom.

The next few months will tell a tale, while the quest for a ninth successive league will likely be the bread and butter the real question will be how far can he take Celtic in what looks a pretty limited Europa League this season.

Will Peter Lawwell and co stick with Lennon and back him financially this time around – particularly given Celtic’s relative stability on the balance sheet – or will there be further asset stripping with Odsonne Édouard and Ajer the latest linked with moves to Crystal Palace and Leicester respectively?

Last time around, the choice was to sell. We’ll find out soon enough if history will repeat itself.