Neil Lennon, Manager of Celtic celebrates with the Betfred Cup after victory in the Betfred Cup Final between Rangers FC and Celtic FC at Hampden Park on December 08, 2019 in Glasgow, Scotland. (Photo by Ian MacNicol/Getty Images)

CELTIC will look to extend their lead at the top table when they face Hibernian at home this Sunday (3pm).

Captain Scott Brown will miss Thursday night’s Europa League clash away to Cluj but should return to face his former side.

Last Sunday’s success against Rangers in the Betfred Cup final was the 20th major title for the midfielder but the first time Neil Lennon has tasted success in the competition.

Christopher Jullien’s second half strike ensured Celtic’s 10th domestic trophy in a row in and Lennon knows moments like these need to be savoured. 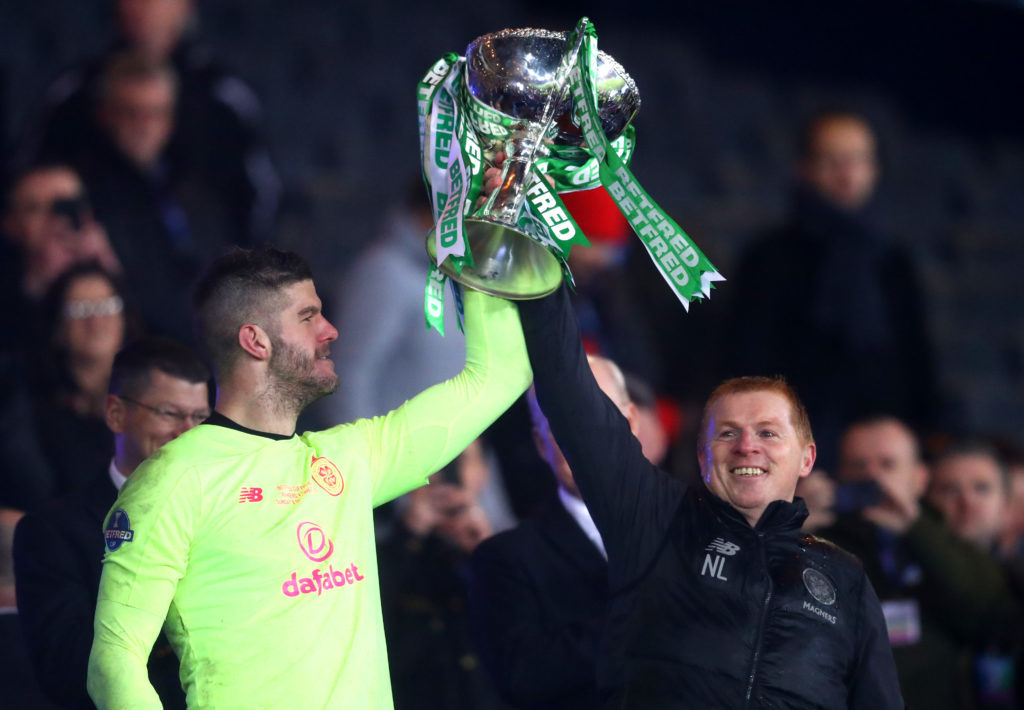 "I am so proud to be associated with it but it's an incredible run of silverware and our fans, who were amazing yesterday, should enjoy it because we may never see the like of this again,” he said after the match.

"It's a big monkey off my back, it's been annoying me and eating away at me for a while," Lennon said of Sunday's cup final triumph.

"I've got all the trophies now, as a manager and as a player, so from a personal point of view, it was a very proud moment. What these players are doing is just incredible. That's seven cup finals in a row and 14 semi-finals."

He added: "You have to remember that every team playing against them on the way wants to beat them. They are desperate to get to that final, desperate to get that trophy and the players keep coming up with answers.”

Lennon also revealed that the club will try to make on-loan keeper Fraser Forster’s move a permanent one after a series of impressive displays this year.

"He's one of the best goalkeepers around," enthused the Hoops boss.

"But he's not our player and then there's affordability. We need to sit down with him and see what he wants to do. His performance came as no surprise to me because I've seen him do it many times before.

"You can see how happy he is to be here and I think he's gone on record saying he loves it here so we'll see."