IRELAND IS set to sizzle under blazing temperatures today as the heatwave experienced across the country continues.

Thousands have flocked to beaches and lakes after multiple days in a row with temperatures above 25 degrees, with some areas reaching highs of 29 degrees in recent days.

And the heatwave is far from over, with much of the country under an extremely rare Status Orange High Temperature warning which is in effect until Friday morning.

The warning-- for Cavan, Monaghan, south Leitrim, Roscommon, Longford, Westmeath-- indicates that temperatures could reach over 30 degrees, and will not drop any lower than 20 degrees even in the middle of the night. 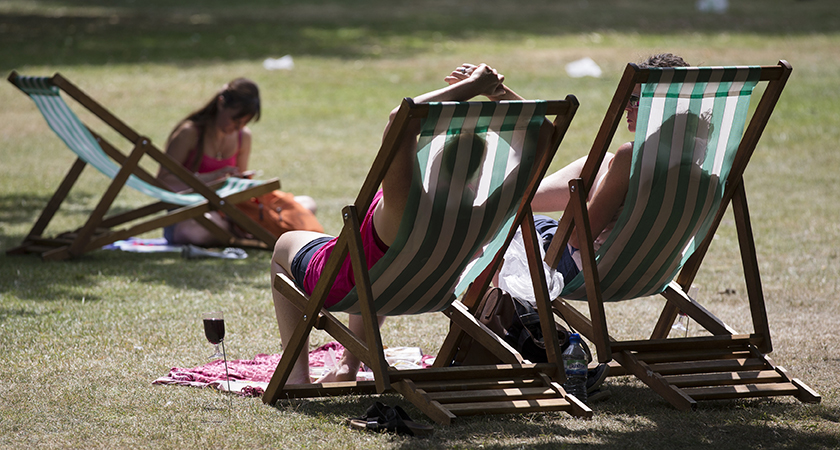 Many counties will see blue skies and sun with temperatures around the 27 degrees mark, and while the Emerald Isle is usually known for its rain-- even in the summer-- today it will have better weather than some popular overseas tourist spots.

On the Spanish island of Tenerife, the weather forecast for today shows cloudy skies and highs of up to 25 degrees, while some Caribbean islands, including Nevis and Antigua, will also rest around the 26 degrees mark.

While the Irish public have been making the most of the weather, flocking to coastal areas, sunning themselves outside and buying paddling pools to cool off in, many are finding the extreme weather too much to handle, particularly when trying to sleep at night,

Met Eireann has promised that tonight will be "uncomfortably warm and humid" with "muggy conditions" and temperatures staying above 20 degrees in some areas "for much of the night".

And tomorrow will see yet another blisteringly hot day, with temperatures again reaching up to 30 degrees in some areas.