An Irish tabloid claim to have exposed 36-year-old John McManus who previously told The Irish Post he was seeking a second generation Irishwomen to live with him on the uninhabited island of Innisfree off the coast of Donegal.

His castaway story was widely reported in Ireland but last week The Irish Sun reported that McManus had previously posted an advert on Gumtree which read: “Leitrim wizard seeks witches for new coven. Please apply with a picture and contact number.”

The paper claims they exposed McManus three years ago when he was attempting to sell his sperm for €20 a ‘sample’.

But the enterprising scheme came with one condition they wrote: “They had to have actual sex with him rather than artificial insemination.”

McManus’s plan to cut himself off for a year with a chosen mate, required to be between the ages of 25-35, has enjoyed huge publicity in Ireland and it there are plans for his experience is to be serialised in London’s Time Out magazine. 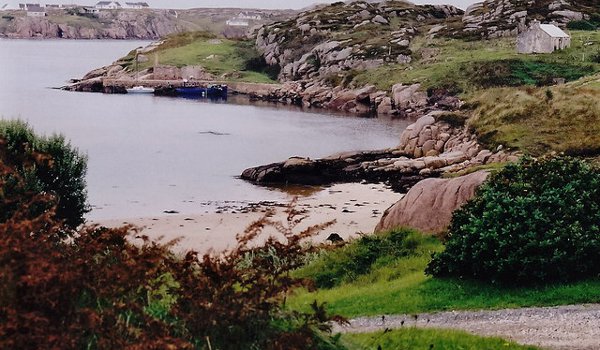 Innisfree where McManus intends to spend 2014

Previously, the Kingsbury in London native told The Irish Post that he would not be “building the experience around the hope of finding love” but said it would be nice if it came along… “as the cottage only has one bedroom!”

“We’re going to be cut-off,” he said. “No TV, no radio, no social media, internet or newspapers. There is electricity and water on the island, but it’s only one square mile in area. The isolation is going to be the hardest thing for me.”

“It’s up to both people what they make of it and whether we can make it together,” he added. “How we get on and how that person experiences the island as an individual.”

The 36-year-old says he dreamed up the idea after watching the original Castaway film and that his advert seeking an island mate which he posted on Gumtree received more than 3,000 views in the first few days. From that he has received nearly 100 “serious” applications.

“I’ve been surprised; an awful lot of professional women have contacted me, from lawyers to teachers to doctors and many from the Dublin area. Maybe they want to escape, get back to basics for a year. I don’t know.”

His year on Innisfree is scheduled to begin in mid-January.

The Irish Post tried without success to contact McManus this week. It appears the ‘Wizard’ has vanished.