Dr Brian Flavin, 48, was also found to have falsified records after taking medical supplies from Christchurch Hospital in Dorset

AN Irish hospital consultant arranged for his injured wife to jump the queue of a busy A&E department in the UK before being suspended for misconduct, it has emerged.

Dr Brian Flavin, 48, was also found to have falsified records after taking medical supplies from hospital stores to treat his wife, a fellow doctor, at home.

NHS bosses launched an internal investigation after receiving a tip-off from a member of staff at Christchurch Hospital in Dorset.

However, Dr Flavin escaped being struck off after a Medical Practitioners' Tribunal Service disciplinary panel ruled he should only be suspended for a month because his misconduct "was at the lower end of the spectrum".

The panel was told that Dr Flavin was working at Christchurch Hospital's A&E department in July 2016 when his wife Oriel, 49, arrived there with their son.

Her injury was not disclosed but the panel heard that she phoned her husband before getting to the hospital.

Casualty staff registered her at 8.57pm and her appointment ended at 9.23pm – meaning she was able to be seen, X-rayed and discharged within a period of just 26 minutes.

That was despite Dr Flavin telling the tribunal that it was a busy night and the department was understaffed. 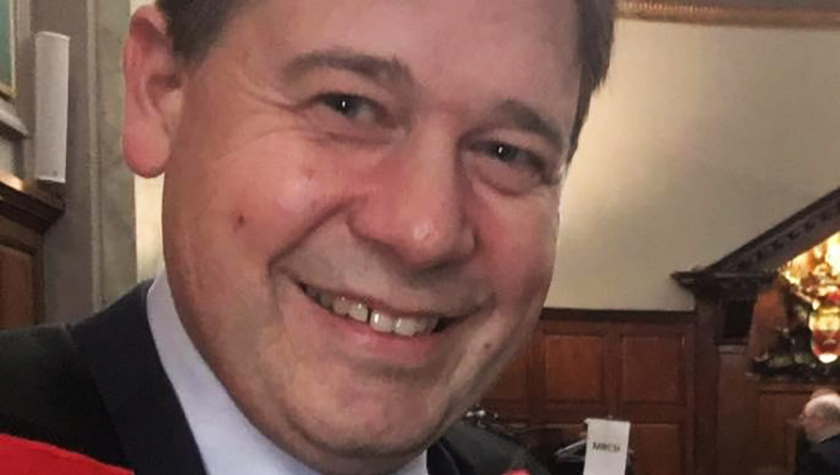 Dr Flavin has since moved back to Ireland where he works in Dublin (Image: Facebook)

The tribunal panel was also told that Dr Flavin took intravenous fluid and dressings from the hospital to treat his wife at home. Over two days, he falsified documents to pretend that his wife had attended A&E.

The Irish consultant admitted most of the misconduct accusations against him, but denied a claim that he had implied to a colleague that he wanted a prescription for his wife – an allegation the tribunal found to be unproven.

In his evidence, Dr Flavin said he was "horrified" by his actions, but had been under "stressful and trying" financial and personal circumstances at the time.

The tribunal noted that the incidents were the only instances of wrongdoing during his career, and he was considered a "good and honest" doctor by both colleagues and patients.

Dr Flavin had made a "number of significant lifestyle changes" since the incident to manage his stress levels, and had sold his Bournemouth home to move back to Ireland.

In its ruling, the tribunal found Dr Flavin's actions had put his wife "at risk" but said it understood his actions at the A&E department were intended to keep it running "as smoothly and efficiently as possible".

It also concluded that Dr Flavin "was concerned that his son might have been disruptive", adding: "This might have impacted on Dr Flavin’s A&E duties on an evening when the department was already short-staffed. In the interests of efficiency, he sent her for an x-ray."

NHS bosses were tipped off by a hospital employee (Image: File)

In mitigation, the tribunal also accepted that Dr Flavin believed treating his wife at home was "the best way to manage her health issues".

The tribunal, therefore, "determined that a period of suspension would be an appropriate and proportionate sanction that would promote and maintain public confidence in the profession and proper professional standards of conduct and behaviour".

It stopped short of striking Dr Flavin off from his profession, after taking into account "the impact that this sanction may have upon him, his patients, and others who rely upon his contribution to medicine.

"However, in all the circumstances the tribunal concluded that Dr Flavin’s interests are outweighed by the need to send a clear message to him, the profession, and the wider public that the type of behaviour he exhibited constituted behaviour unbefitting of a registered doctor," the tribunal added.

"Dr Flavin has remediated as much as possible and taken active steps to avoid repetition of his misconduct, including moving to Ireland to rely upon his support network there and reducing his financial obligations."

Dr Flavin left the Royal Bournemouth and Christchurch Hospitals Trust in August 2017 when the original General Medical Council investigation was ordered into his conduct.

He returned to his native Ireland – where he qualified as a doctor in 1994 – and has worked as a medical doctor at a clinic in Dublin since August 2018.

Pubs in Ireland could reopen in June - Leo Varadkar