THE REMAINS of 21 Irish famine victims will be buried in Canada on Thursday - 172 years after they died.

The remnants of the victims, who were mostly women and children, were discovered over a five-year period between 2011 and 2016 on a beach in Quebec, Canada.

The initial remains, that were discovered in 2011 on a beach in Forillon National Park, were identified as two seven-year-old boys and an 11-year-old boy.

Their bones indicated signs of severe malnutrition, which is consistent of that of emigrants leaving Ireland during the famine.

Experts have confirmed that the bones were from victims of the Carricks shipwreck, which sailed from Co. Sligo with 180 Irish emigrants back in 1847.

It’s estimated that around 150 people on board died, and the survivors had local fisherman to thank, who braved choppy waters and a vicious storm, rowing out to pick them up.

Descendants of those lost at sea said the burial will help bring “closure”. 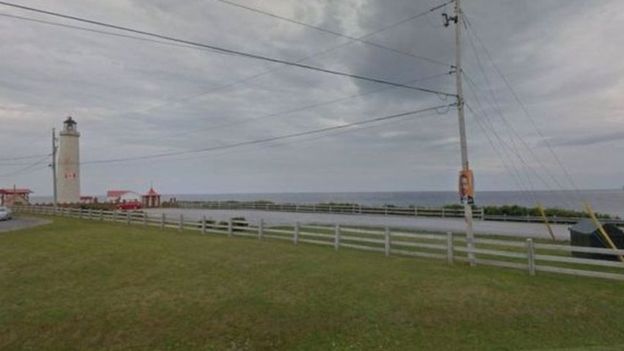 Cap-des-Rosiers Beach in Quebec where the remains were found

Pat Ward, 63, from Keash, Co Sligo, had relatives aboard the Carricks. His great great uncle Patrick Kaveney was on board with his wife Sarah as well as their five daughters and their son.

Mr Ward told the BBC that the girls, aged between two and 10, sadly died when the ship sank just a few miles from the Canadian coast.

He said it was “very emotional” to think his ancestors may be among those recovered.

Mr Ward also claimed that many of the emigrants were forced out by landlords looking for a fresh start amid the crisis.

“Families were marrying and dividing the land among themselves, the landlords wanted them out so they could have a fresh start,” he said.

“They were told to get out and their passage would be paid.”

Pat went on to say that stories of relatives leaving the country during the famine had been passed down the generations.

“I heard of someone going away and drowning, it was talked about. We all knew about the famine but never knew until recently what happened after they left.”