THE IRISH government has moved to recall a hand sanitiser being used in schools and nursing homes after reports of concerning side effects.

However, according to a statement issued by Agriculture Minister Charlie McConalogue in the Dáil, the department had been made aware of an issue as far back as mid-September.

McConalogue added that, by October 16 conclusive tests had been conducted within the department, with the results concluding that the widely used Virapro hand sanitiser posed a public health threat.

He said he had only been informed of the situation on Thursday, October 22.

The government has drawn widespread criticism for its handling of the recall, with the Department of Education only learning of the issue from the Department of Agriculture 'by phone' on Tuesday, October 20, before receiving formal notification late on Thursday.

The recall of the Virapro Hand Sanitiser came amid concern over its methanol content – a chemical linked to health issues like dermatitis, eye irritation, upper respiratory system irritation and headaches.

Given the sudden nature of the recall, many schools were forced to close due to a lack of available hand sanitiser products.

Speaking in the Dáil, McConalogue said it would have been “much more appropriate” for the public to have been told about concerns around a recalled hand sanitiser last week.

According to the minister’s statement, the hand sanitiser was first approved for use in April, however by late September, a European agency had notified officials here about concerns surrounding the Turkish supplier's products.

The minister said: "Department officials took samples of batches of products at different storage locations over the period of 30th September to 2nd October.

"Preliminary results were received on the 8th October. While these results had to be viewed as indicative only... they gave sufficient reason to believe this product should not be released onto the market, subject to further investigation." 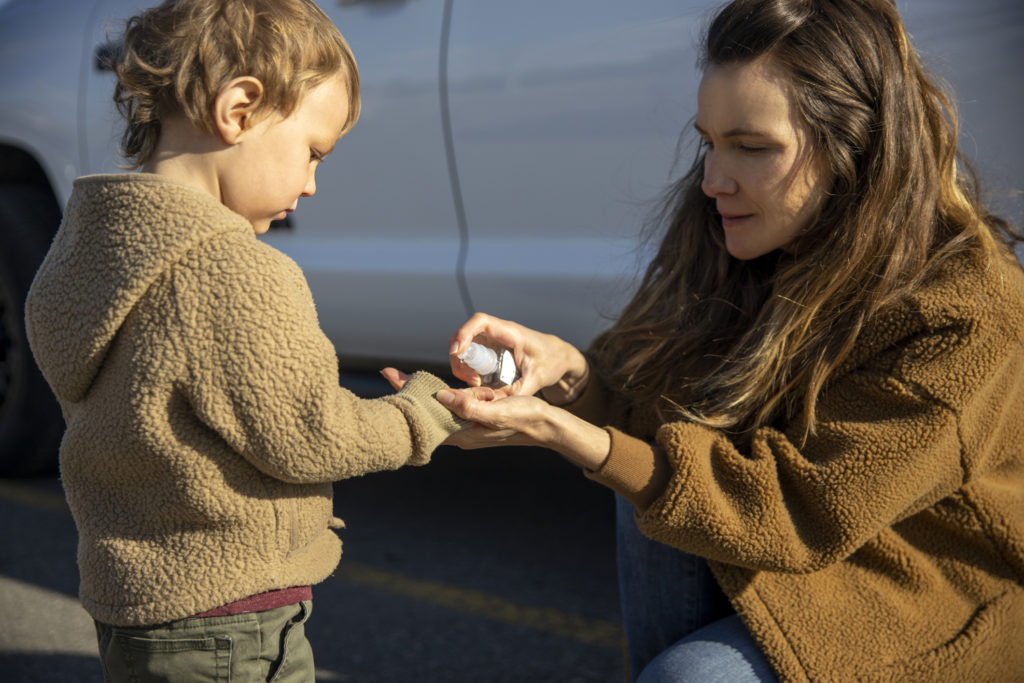 While further samples were taken, warehouses were told not to distribute the sanitiser.

Once it was confirmed on October 16 that the product did not meet the necessary standards, the company producing the sanitiser was told to recall all products under the ViraPro name.

McConalogue said the product as then removed from the register on 20th October while “informal contacts” were made with the Department of Education on the matter that same day.

However, as the week progressed, it became apparent that no recall had begun, prompting the Department of Agriculture to issue a statement urging the public not to use the hand gel.

As a result, they were also forced to send formal notifications to the Departments of Education, Health and Children.

"I was informed of the situation yesterday for the first time,” McConalogue said.

"Having reviewed the matter today, I'm very clear it would have been much more appropriate for my department to have followed up with a public notice and communications with other Government departments immediately upon issuing the withdrawal notice to the company on 16th October."

Sinn Féin TDs Matt Carthy and Donnchadh Ó Laoghaire were among those to criticise the department’s handling of the issue.

“‘Why was the product not recalled, or at least the concerns publicised, upon receipt of the OLAF (European Anti-Fraud Office) notification on September 25?” they asked the Dáil.

“Why, when there was concrete evidence last week that this product was dangerous, was this information not immediately acted upon?”

“The Minister for Agriculture told the Dáil that he only learned of these developments on Thursday. That exposes a systematic failing within his department.

“Does the minister have a handle on his department at all? Through all of this debacle, a dangerous product has been widely used in schools and other public settings. There must be accountability for that.”

McConalogue has confirmed that a full review of the government’s handling of the issue is to be conducted to ensure "lessons are learned".