THE IRISH name Liam has again proved to be the most popular baby boy's name in New York, taking the number one spot for the fifth year in a row.

The city's Health Department recently released the top 10 baby names from the 100,022 babies born in New York City in 2020 and Liam remains top of the pile.

It has been the most popular boy's name in New York since it topped the 2016 table.

Meanwhile, Emma remained the most popular girl's name, keeping hold of the top spot it has held since 2017.

"2020 was a challenging year, but these babies were bright spots," said Dr Dave A. Chokshi, the city's Health Commissioner.

"We are thrilled to celebrate our newest New Yorkers and welcome them to the world."

Liam is also gaining popularity in Ireland, with 329 new babies having the name in 2020.

That placed it seventh overall that year — the highest it has been since the Central Statistics Office started keeping track of names in 1964.

Commenting on its top spot in New York, the Irish Consulate in the city said the name is gaining popularity across the globe.

682 Liams were born in NY: twice the Ireland total.

Liam was unheard of outside Ireland until emigrants brought the name to Britain and USA in the late 1800s.

"Liam was unheard of outside Ireland until emigrants brought the name to Britain and USA in the late 1800s," they tweeted.

"Now it's exceptionally popular around the World: #2 in Sweden, also liked in Germany, Spain, Belgium and Switzerland.

"Its origins lie in the longer Irish name 'Uilliam' which became common in the 12th century."

Other boy's names traditionally popular in Ireland also made the New York City list, with Joseph a new entry in sixth place.

Aiden came eighth and Daniel was tenth, down from seventh and eighth respectively the previous year.

Perhaps Daniel's popularity could be attributed to Ireland's Ambassador to the United States, Daniel Mulhall, who took up his post in 2017. 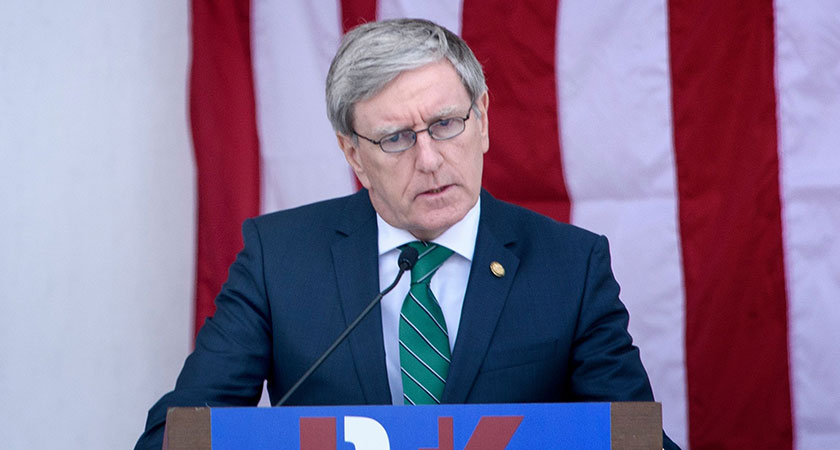 Irish Ambassador to the US, Daniel Mulhall, pictured in 2019 (Image: BRENDAN SMIALOWSKI/AFP via Getty Images)

Like Liam, the name remains popular in Ireland, ranking fourth in 2020 with 359 boys recorded with the name that year.

And despite its popularity in New York in 2020, there were only 27 Aidens born in Ireland in the same year, placing it at 183 on the list.

The variant spelling Aidan fared better, with 84 boys bestowed the name in 2020, placing it 70th in Ireland.