Leon Reid during the men's 200 metre heats at the Olympic Stadium during the 2020 Tokyo Summer Olympic Games (Image: Ramsey Cardy/Sportsfile via Getty Images)

AN IRISH Olympian has been given a suspended sentence for allowing his flat to be used for the production of cocaine.

Leon Reid, 27, of Longmead Terrace, Bath, was sentenced to 21 months, suspended for 18 months, at Bristol Crown Court on Friday.

He was found not guilty of concealing criminal property and three firearms offences, which all related to items seized from his flat.

Bath-born sprinter Reid won bronze in the 200m while representing Northern Ireland at the 2018 Commonwealth Games in Australia.

Last year, he represented Ireland at the delayed 2020 Olympic Games in Tokyo, reaching the 200m semi-final.

He also represented Ireland at the 2018 European Championships, finishing seventh in the 200m final.

Meanwhile, Romaine Hyman, 30, previously of Portland Place, Bath, was found guilty of 18 offences and was jailed to 26 years.

Hyman was at the centre of four conspiracies to supply cocaine and heroin from London and the Midlands to the south-west of England, and two conspiracies to launder the millions of pounds made from that supply. 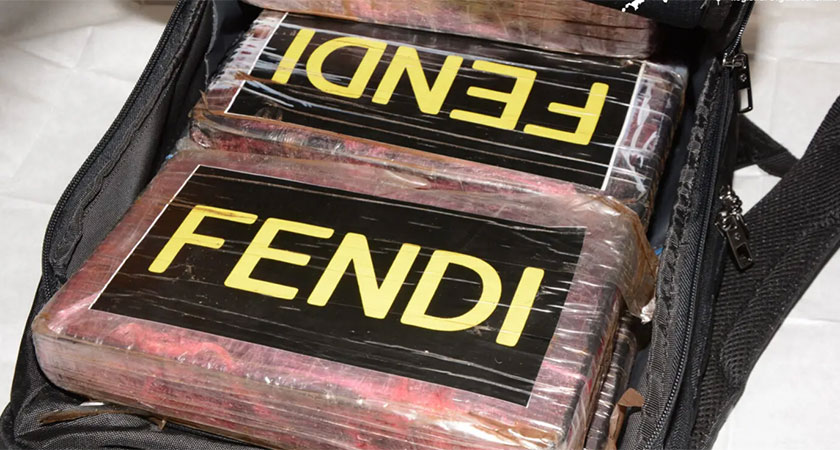 Some of the cocaine seized by officers (Image: Avon and Somerset Police)

He was arrested on May 29, 2020, shortly after receiving a delivery of seven kilos of cocaine from London and taking it to Reid's flat.

When officers searched Reid's property, they not only found the cocaine, but also a padlocked suitcase containing a handgun, 25 rounds of ammunition, a silencer, a kit to adapt the weapon to function as a submachine gun, £23,000 stashed in a drawer, a money counter, and equipment Hyman used to cook his crack cocaine.

Reid, who was arrested later the same day, has also been sentenced to 220 hours of unpaid work for allowing his flat to be used by Hyman to produce cocaine and for receiving payment, which text messages showed amounted to £500 a month.

Two other men arrested in connection with the investigation were each jailed for three years.

Jevaughn Rose, 28, from St Michaels Avenue in Nottingham, was found guilty of conspiracy to launder money and possession of £15,500 criminal cash found at his home.

Sheikh Maruf Rouf, 35, of no fixed abode, was sentenced last September to three years in prison after pleading guilty to money laundering and possessing criminal property.