IRISH homeowners are being warned that an army of the UK’s most dangerous spiders could invade their homes during this winter’s ‘cold snap’.

Experts are warning that false widow spiders – who deliver a painful bite – will be desperate to escape the festive period’s frigid temperatures.

That will force them to crawl their way into people’s homes across Ireland, according to the Irish Mirror. 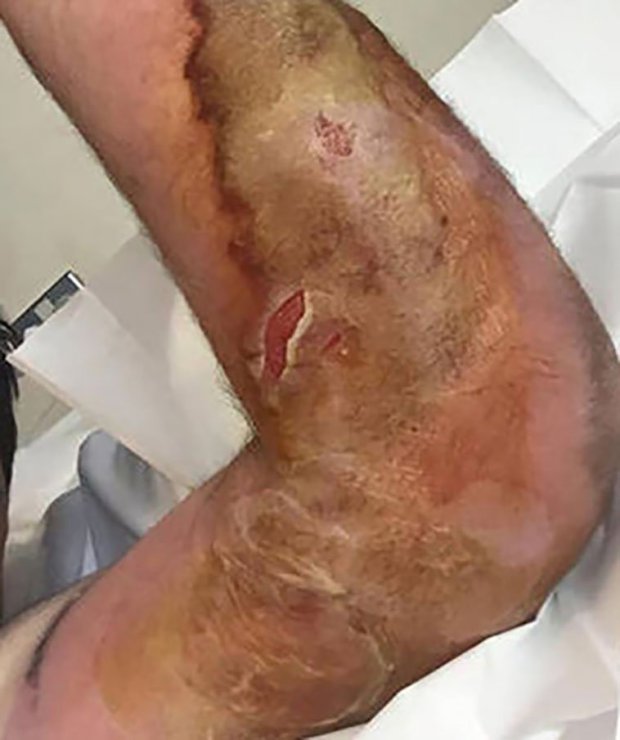 Britain experienced a particularly warm and wet summer this year, which provided the perfect breeding ground for the arachnids.

False widows cannot kill a human but their venom causes painful burns and swelling, which can also lead to a fever.

They have a brownish-reddish body with white markings and are a cousin of the deadly black widow spider.

Female false widows can grow up to an inch long and therefore stand out from regular domestic arachnids.

Janeane Williams, 24, who lives in England, spotted one of the monster spiders this week.

She said: “I’m normally okay with spiders but I don’t want to even get near this one”.

Alex Beer was bitten by a false widow spider in 2015. “I just saw this web on the window grow and grow for about a week,” he said.

“It was fine by me as spiders are good for keeping flies out the house.

“But then I actually saw it and I’ve never seen anything like it. I’ve been waiting to catch a photo of it but it keeps hiding.”

A spokesman for UK-based exterminators Pest Professionals said: “This spider is most definitely a false widow.

“There are many types of false widow and all though they look pretty scary they do not pose much of a threat to human beings.

“The species is actually scared of human beings but if cornered they could bite and cause a good deal of pain.”

Back in April, mum-of-five Gemma Hunter feared she could lose her foot after she was bitten by a false widow.

The bite left her with a 3cm-deep hole where the pest’s fangs had bitten her right foot. It then became infected with cellulitis.

Gemma, 41, from Lancashire, said her children were calling her “zombie foot” because of the wound.

She also revealed that she lost her job, was being evicted and was considering amputation to end her agony.

If you are bitten by a false widow spider be alert to signs of infection such as weeping blisters or painful swelling. If things get worse after a few days, contact a GP.