A DUBLIN family have been left shocked and saddened after learning that gardai are powerless to bring the motorist who killed their beloved dog in a hit-and-run to justice.

Nicole Smyth and her family have urged the driver responsible for the death of their eight-year-old Silky Terrier, Pippin, to come forward and given them some sense of closure.

Pippin was hit by a car outside the family home in Tallaght, South Dublin on the evening of Saturday, February 13.

An adventurous canine, Pippin had made a habit of dashing off through the open front door whenever the opportunity arose.

On this occasion, the Smyth family were just returning from a trip to the supermarket when their beloved pet made a run for it out of their home on a normally quiet cul-de-sac in Glenshane, Jobstown.

Nicole told Dublin Live that the family had initially assumed that she would return “in a minute or two” and continued to put the shopping away.

However, moments later a neighbour came to their door to tell them Pippin had been hit by a car.

"They said we saw this car go off but the dog was just left lying on the road. With that, my dad ran out with the neighbour and saw Pippin bleeding on the ground,” Nicole said.

Despite being rushed to an emergency vet in Templeogue, she was later pronounced dead.

Distraught and seeking answers, the family were able to obtain CCTV footage from outside their home.

What they saw on the tape left them stunned.

“When we looked at the CCTV one of the cameras caught the car hitting her and then it slowed down, would you believe it, right outside my auntie’s house, but then it kept driving on,” Nicole said.

However, the situation went from bad to worse when they spoke to gardai, who revealed that the circumstances surrounding Pippin’s death meant they were powerless to prosecute the driver involved.

She explained: “We went to the Gardai after they said you didn’t secure her even though Pippin was five metres from her house so there’s nothing we can do.” 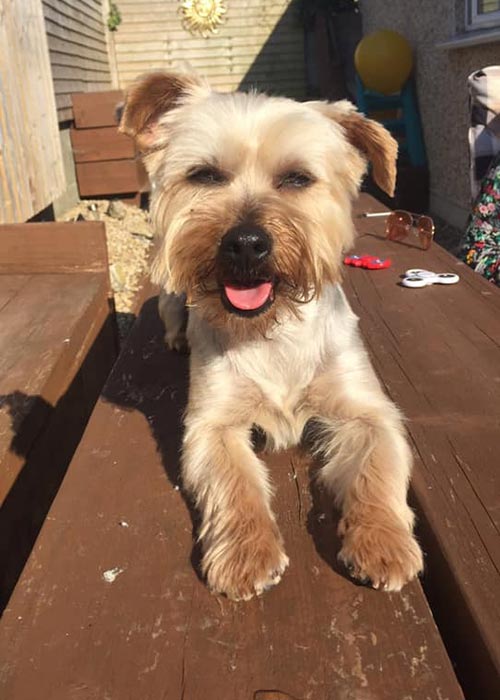 Nicole hopes it will serve as a warning to other dog owners, however she believes the current laws should be changed to prevent any kind of repeat.

“I just think there should be some type of law to prosecute people who do this," she told Dublin Live.

“Our family were blaming ourselves after hearing what the Gardai said, but then we came to the realisation that it was actually the driver that killed Pippin.”

In the meantime, she is calling on the driver involved to show some compassion by coming forward and giving the family “peace of mind”.

“If it was an accident, just come forward — it will be alright. It’s just the fact that we just don’t know exactly what happened, or why the driver just drove off after hitting Pippin.