IT was an evening filled with plenty of music, dancing and alcohol, and as expected, the 2019 Irish Post Awards went off without a hitch.

Presented by the ever-delightful Eamonn Holmes and Aoife Ni Thuairisg from the 'Great Room' in The Grovesnor House Hotel in London, a litany of stars lit up the red carpet on a night that was as memorable as it was Irish. 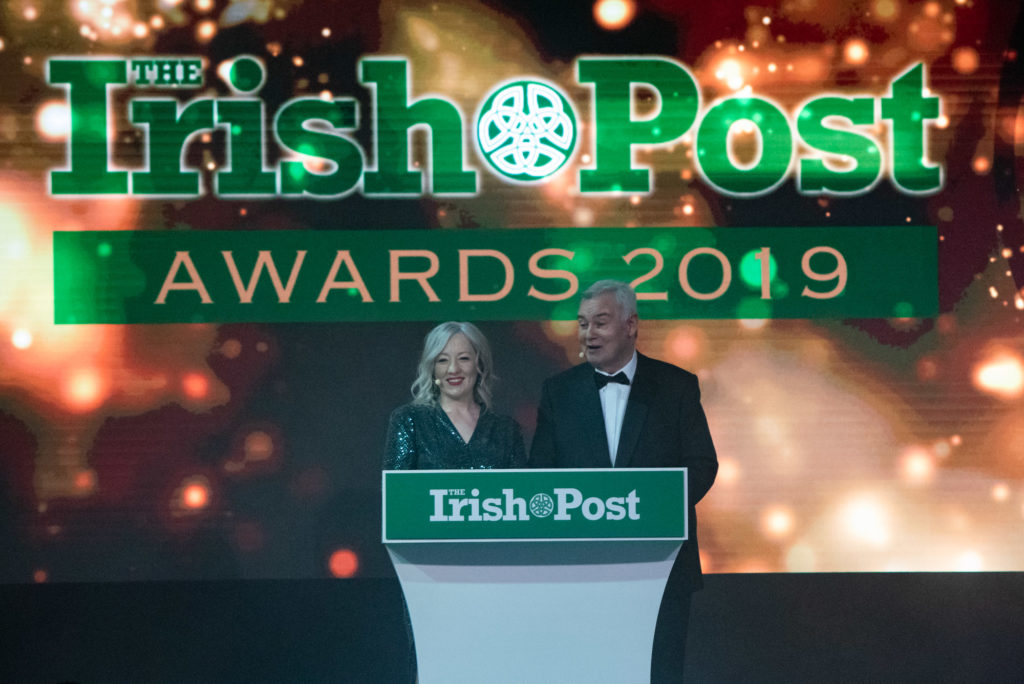 The likes of Piers Morgan, Chris Moyles, Boy George and Una Healey were in attendance as the Irish community came together from all corners of the British Isles to celebrate.

To kick off proceedings, guests were treated to a couple of hearty performances by the Irish dance troop Fusion Fighters and the musical stylings of Irish rock-band Aslan, before the awards themselves were handed out.

First to the stage was Boy George, receiving the gong for Outstanding Contribution to Music. 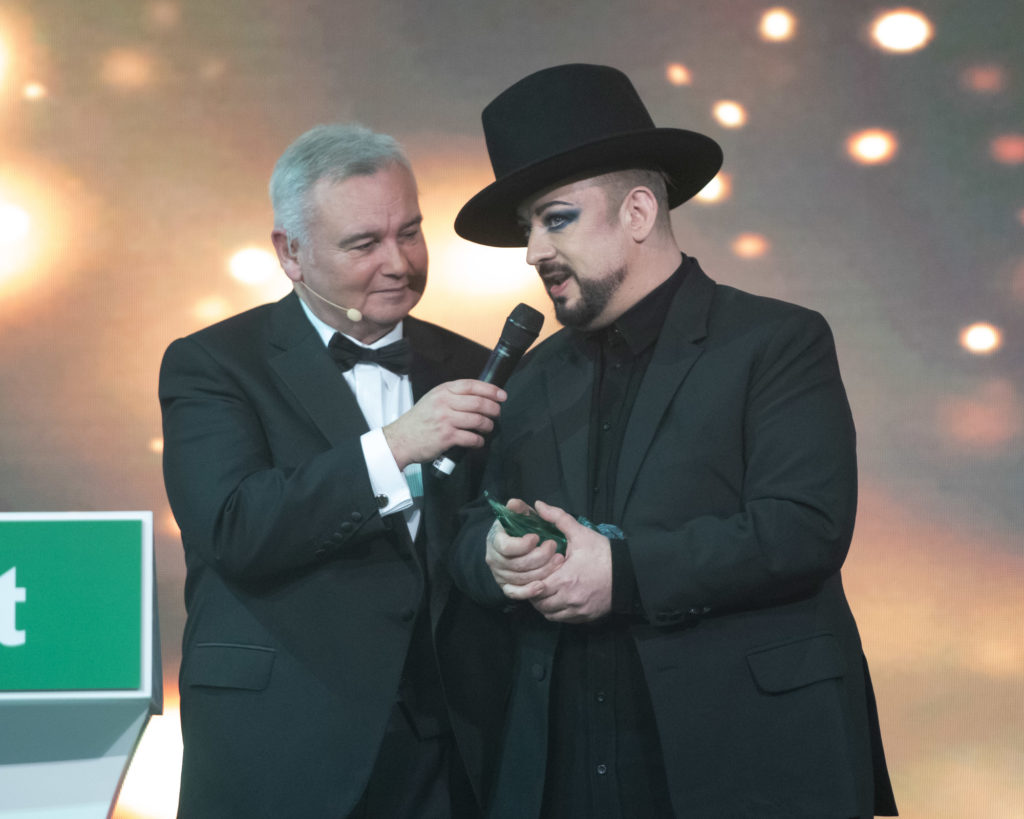 Boy George receives his award for Outstanding Contribution to Music

"I've always been proud of my Irish roots," said the singer, who admitted to growing up with "amazing, strong Irish women" in his life.

Next up was actress Anna Friel who received the award for Outstanding Contribution to Film and Television. She spoke of her family roots in Belfast as well as Donegal, before teasing fans with the news that filming of the crime-noir series Marcella - which took place in the Northern Irish capital - has just been completed. Exciting! 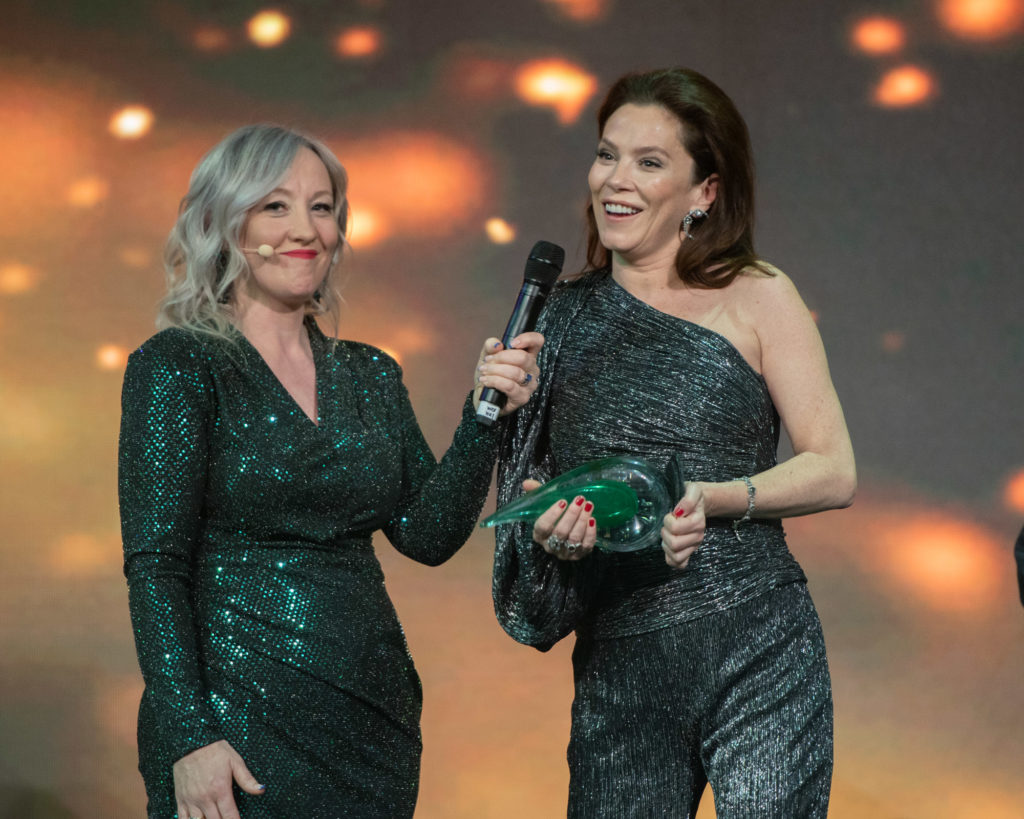 Button-accordionist Sharon Shannon then filled an already jaunty room with more Irish cheeriness before handing back to the presentations.

Piers Morgan was up next to receive the award for Outstanding Contribution to Broadcasting and Journalism. 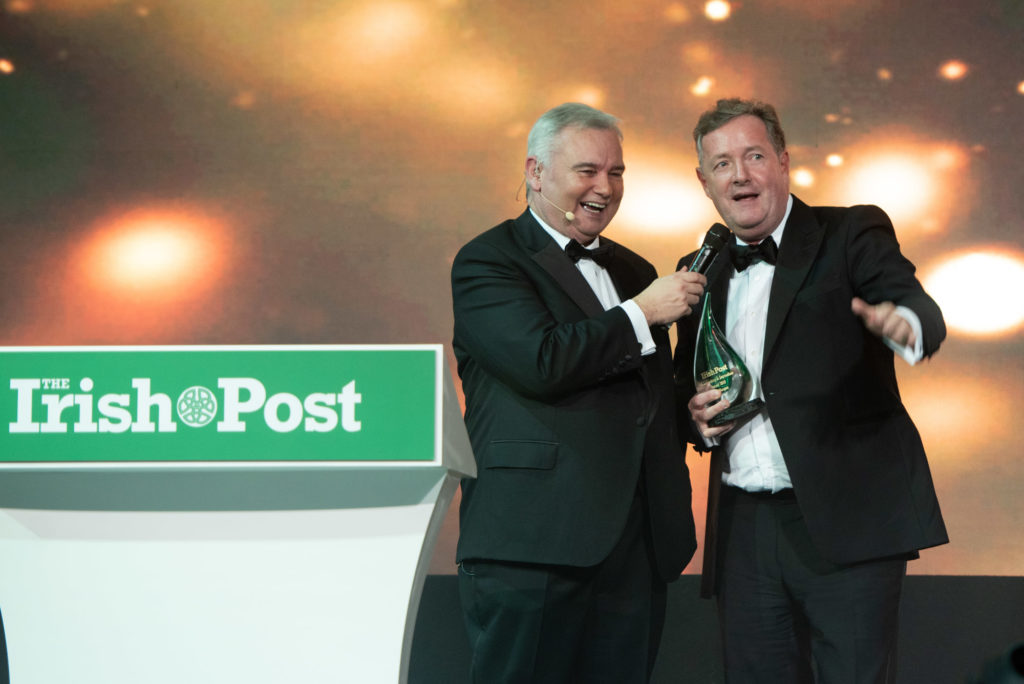 After Eamonn Holmes asked the Good Morning Britain host whether he planned to parade his coveted award around when he returns to TV on Monday, Morgan replied: "I think the Irish Post are going to get one of the longest bits of television in Britain that they've ever seen." - *Thanks Piers!

Afterwards, Una Healy, from the pop-group The Saturdays, sent shivers down the spine with a gorgeous acoustic set before handing back to Eamonn and Aoife. 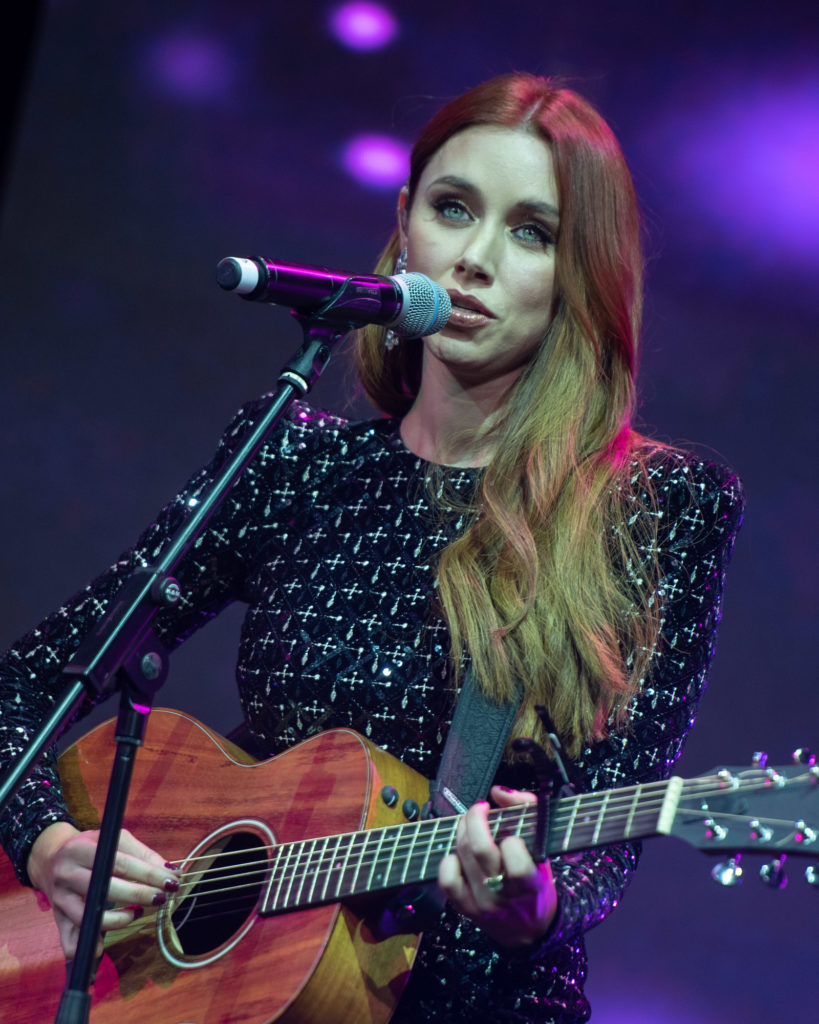 The winner of the award for Outstanding Contribution to Sport was Paralympic cyclist Katie Dunlevy, who recently won gold in the time trial at the UCI Para-Cycling Road World Championships, becoming world champion for the third time.

Lastly, the Lifetime Achievement award went to actor Colm Meaney, for his (for want of a better phrase) outstanding contribution to the world of TV and Film. 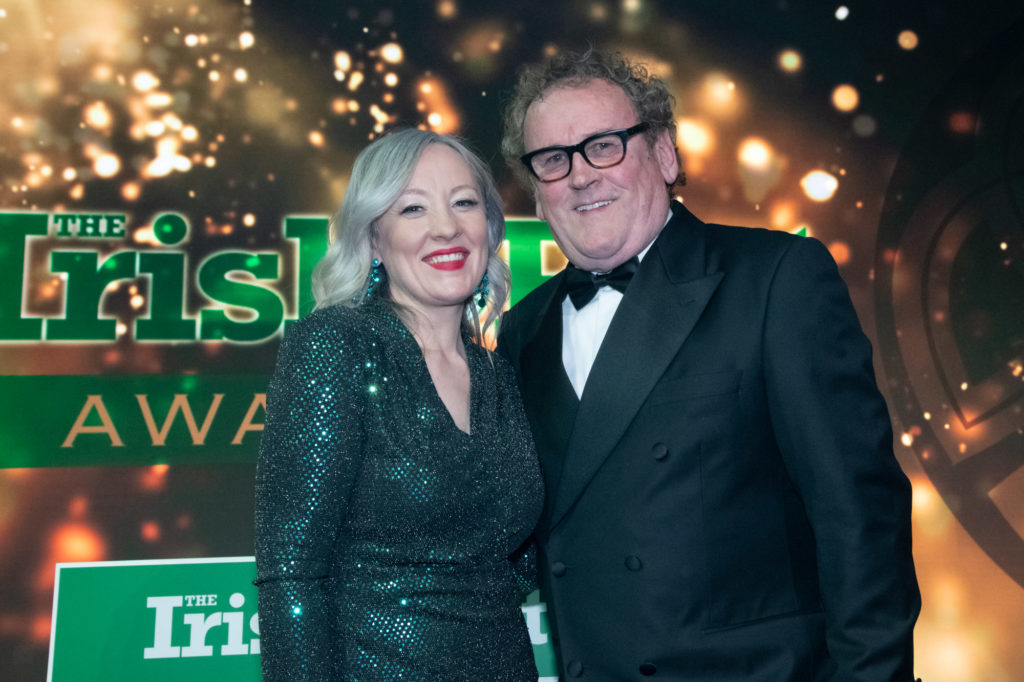