IRELAND’S TOURISM industry has received a significant boost with the news that Donald Trump's Doonbeg golf resort has been granted planning permission for a €40m development.

The construction project is set to employ up to 100 people at its peak while the finished development will bring with it countless jobs and additional visitors to the region.

Speaking to the Irish Independent, the chairman of the Doonbeg Community Development Company John Flanagan welcomed the news as “a massive vote of confidence in west Clare".

Local businesswoman Rita McInerney echoed those sentiments, describing the approval of the plans as "a huge boost for the area".

"The season is quite limited at the moment," McInerney explained. 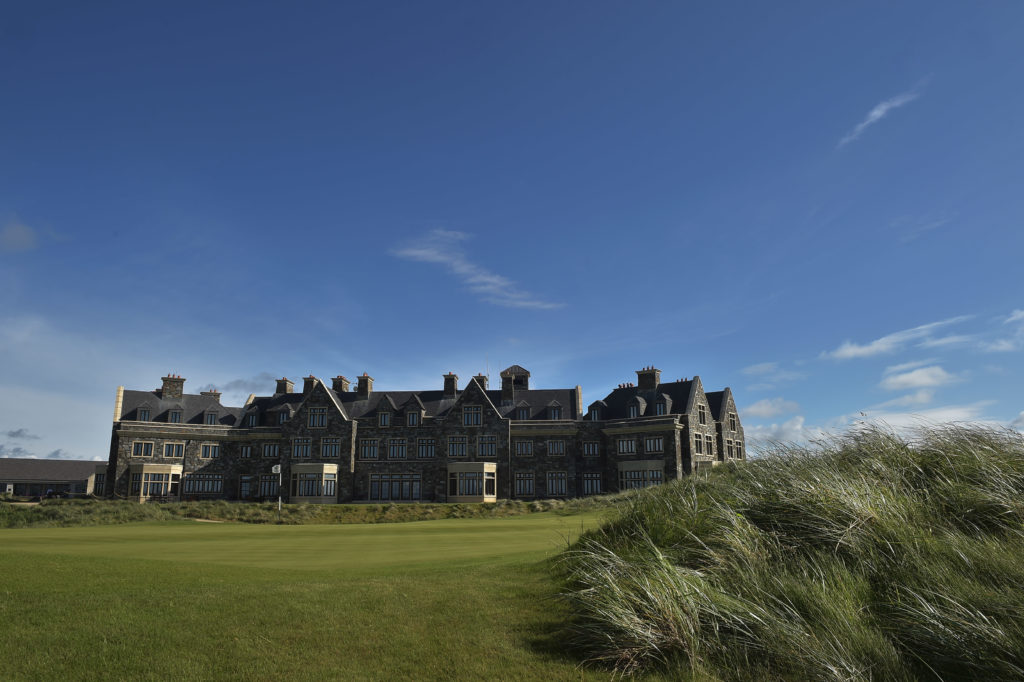 General views of the Trump International golf resort where US President Donald Trump stayed during his three day visit to Ireland on June 7, 2019 in Doonbeg, Ireland. The resort employs over 300 local people in the area and the village.

One of the conditions attached to the planning permission is that the Trump Doonbeg resort pay €391,054 toward public infrastructure.

The plans could yet be delayed though.

The proposal have faced opposition from Dublin-based environmentalist Peter Sweetman.

He could yet delay the plans further should he lodge an appeal over his ignored objections to An Bord Pleanála.

The environmental campaigner previously stalled plans for a coastal protection at  the resort.