PROFESSOR Louise Richardson, the Waterford-born vice-chancellor of Oxford University, has caused controversy by suggesting that Nelson Mandela would not have wanted a statue of Cecil Rhodes taken down.

Professor Richardson, from Tramore in Co. Waterford, waded into the row about the statue that stands in the grounds of the University’s Oriel College.

She said that the late anti-apartheid leader Mandela would have disagreed with the ongoing campaign to remove Rhodes’ statue. 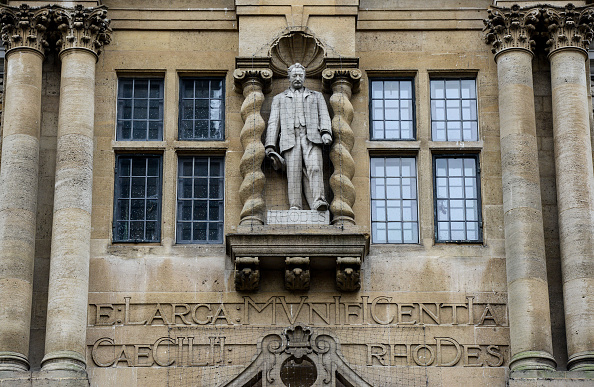 Rhodes, the colonial-era political leader after whom Rhodesia was named, greatly profited from the slave trade.

He has become a divisive figure in the decades since his death in 1902.

But Professor Richardson pointed out that President Mandela had joined forces in 2003 with the Rhodes Trust — the charity set up by Cecil Rhodes' widow to fund educational scholarships — to form the Mandela Rhodes Foundation, which helps disadvantaged Africans.

Professor Richardson quoted President Mandela’s words, “Cecil John Rhodes and I would have made common cause”.

Professor Richardson told The Telegraph: "I think he [Mandela] was a man of deep nuance who recognised complex problems for what they were. And I don't think he sought simplistic solutions to complex problems.

Professor Richardson said that growing up in Ireland she had viewed Oliver Cromwell as a ‘barbarous’ figure — but on seeing his statue in Westminster had learned more about him.

"Cromwell to me was like Voldemort is to my children," she said, referencing the malign arch-enemy of Harry Potter.

"But I went about learning more about how he was perceived very differently in Britain."

Professor Richardson’s intervention into the Rhodes row has caused a backlash from many quarters.

She has since been slammed by thirteen fellow professors who accused her of presuming ‘to speak for black students or people of colour'.

The group wrote in a letter to The Telegraph saying that it was 'inappropriate' for her to 'ventriloquize' the former South African president.

Professor Richardson is also facing criticism from the Mandela Rhodes Foundation, which issued a statement criticising her remarks.

“To use the partnership to justify the continued display of colonial symbols is to fundamentally misunderstand it,” they said. 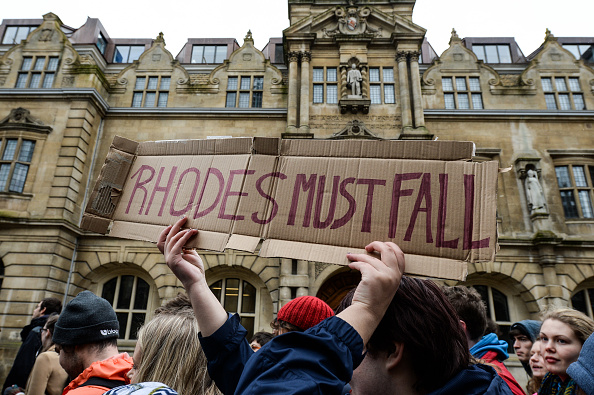 Students march past Oxford University's Rhodes statue, which they are campaigning to have removed from the building

She said it was unwise of Professor Richardson to suggest Mandela would have wanted the Rhodes statue to stay.

In the wake of the developments, Oriel College has announced that it wants to take down the controversial statue of Cecil Rhodes.

The governors of the Oxford University college voted to remove the statue of the colonialist.