AN IRISH builder is the envy of friends, family and neighbours alike after constructing his very own pub in the back garden of his house.

For years, Chris Daly from Doneraile in Cork had dreamed of one day building his very own bar.

Unfortunately, work and family commitments had tended to prevent the contract plasterer from getting round to the job at hand.

However, as Cork Beo reports, that all changed once Ireland went into lockdown.

With building projects across the country grinding to a halt, Chris found himself at home and at something of a loose end.

But rather than binge on Netflix or take up jogging, he focused his efforts on making the dream of his own Irish pub a reality. 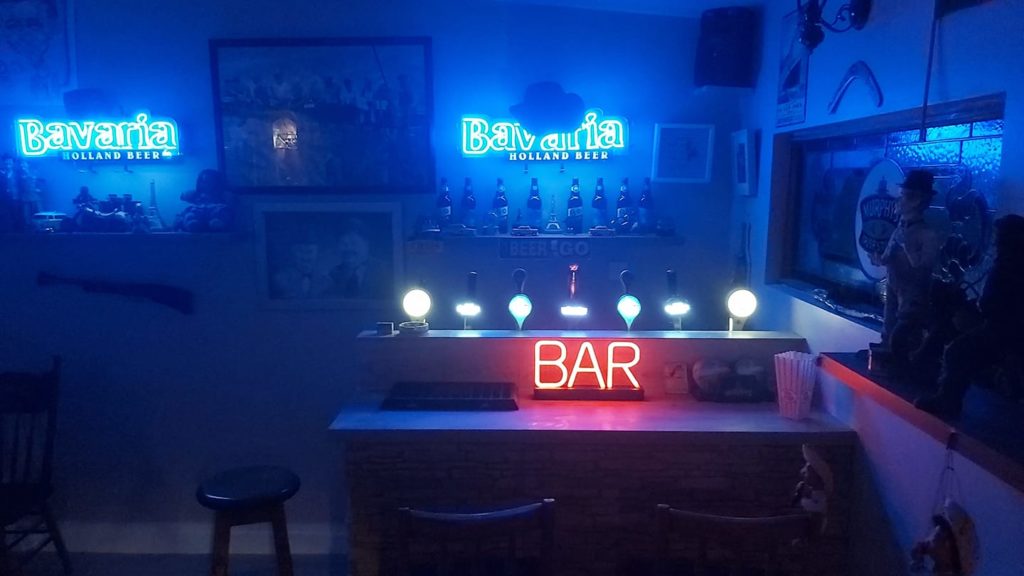 For eight days, morning, noon and night, he worked to turn the space once occupied by his old garden shed into a timber-framed and roofed pub measuring 18ft by 13ft.

All that was left then was to add the essential flourishes required to make it the real deal: neon lights, sign, a stereo system and a proper bar complete with stools and fully-functioned beer pumps.

A well-earned pint was in order after all of that – but Chris wasn’t quite finished.

Eager to show off his hard work, he took to Facebook to showcase his efforts in a series of pictures and videos that have had friends and family also locked indoors - and more than a touch jealous.

"It got a huge reaction, I had everybody joking they'd be over for a pint right away,” Chris told Cork Beo.

“But I don't think the wife would like cars pulling up outside the house at the moment, we'll see about getting a few friends and family once we are allowed to!"

With pubs across Ireland closed for the foreseeable future, Chris appears to have achieved the impossible – he's brought the pub to him.

Heineken giving over ten million fresh pints of beer, stout and cider to pubs across Ireland

Ireland could be rid of Covid-19 ‘within months’, says virus expert - but only with 'tighter restrictions'