The Jockey's Journal: ‘New rules not in the spirit of racing’

NEW rules have been introduced for jockeys interfering with competitors and I’m not so sure it’s a wise move.

It’s a bit long winded, but – in a nutshell – we could be liable for an extra three or four-day ban for careless or dangerous riding, both of which now pretty much fall under the same bracket.

It means jockeys now face a ban between seven to 10 days for an offence and young George Downing was the first to fall foul of it at Wolverhampton last week.

I didn’t see the incident myself but, from what I’ve been told, there wasn’t an awful lot in it, yet he’s ended up without any work for a week, which seems really harsh to me.

In my opinion, there’s too much bad racing in England for these heavy rules to be justified. The problem is, you get a lot of bad horses who find it hard to get out of each other’s way – it’s not always the jockey’s fault.

It’s a bit like driving in the slow lane, you can sometimes find it hard to get out of each other’s way, but who is to blame?

It doesn’t encourage good attacking racing in my eyes either. If you see a chance – a gap that you might be able to exploit – you now might think twice about going for it. Is that opportunity to win £150 worth risking a seven-day ban from competing altogether? In a lot of cases, you might say ‘no’.

The rules are going to be pretty tight now, so we’ll see how it goes.

Meanwhile, 51-year-old Kieren Fallon looks set to ride Across The Stars for Sir Michael Stoute in the Derby at Epsom later this month. 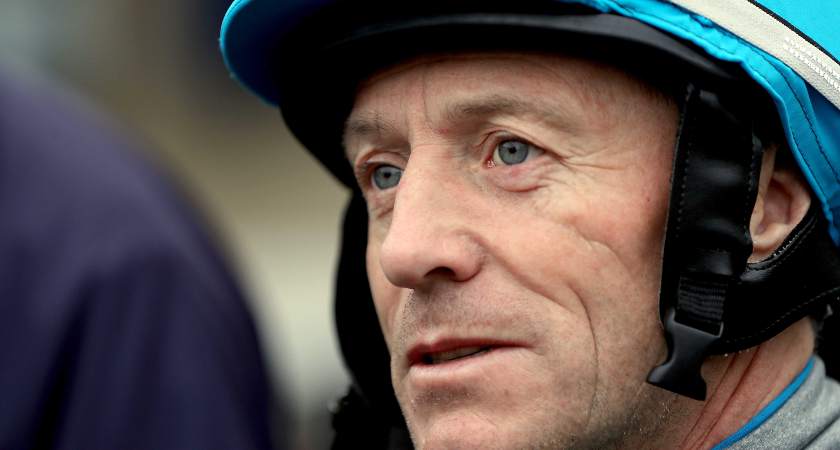 Kieren Fallon [Picture: Inpho]
Kieran might be getting on a little bit, but he’s a very, very fit man and he seems to be riding on the crest of a wave at the minute.

The Co. Clare man is living back in Ireland again now and plying his trade in between home and England. He’s riding for a lot of good lads actually, people like Adrian Keatley, who is a friend of a friend and is somewhat the man of the moment in racing after a series of wins.

One of my best friends grew up with Adrian, who has been around for a long time, and he’s proved himself to be well able to train after going out on his own these past two years.

He’s very shrewd, so keep an eye out for his charges ahead of Royal Ascot this month, that could be an interesting week.

But as for Kieren, I’m sure he will have a very good year. Normally cats have nine lives but it seems Kieren has 12! He’s had his ups and downs throughout his career, but he’s always been able to maintain his level of riding, which is right at the top of the tree.

For myself, I had a good couple of days last week. I started off with a couple of wins in Ayr and then Carlisle in the same day on the way back home, so that was handy.

Last Tuesday I was in Wetherby – which is normally a jumping track, but they’ve been staging flat races there over the past 18 months or so – and I was lucky enough to have a winner on my first time riding at the track on a nice three-year-old called High Draw for Karl Burke.

It felt a bit strange walking around Wetherby just before the race had started, turning the last corner and seeing no fence. But the place still had the same old vibe about the place so it could have a very healthy future hosting flat racing.

But, for now, they’re doing up the stand so there might not be much racing there until next year, so it was nice to get a winner at the track before racing comes to a temporary halt.