JOE BIDEN has sensationally insinuated that if Donald Trump wins the upcoming US election it will be because he cheated.

The Democratic presidential candidate appeared more than confident of his chances of ousting Trump from the White House in three weeks, telling supporters that he if he lost the election it would only be because of "chicanery" at the polls.

During a rally in Pennsylvania on Saturday, Biden said: "Make sure to vote because the only way we lose this is by the chicanery going on relative to polling places."

When later quizzed by reporters on his comments, Biden said he was referring to voter intimidation on his opponent's behalf, before insisting that he would accept the outcome of the election regardless of the result.

"I understand one of the comments I made was taken a little out of context. I'm going to accept the outcome of this election period," said Biden.

"I was referencing the attempts that are made to try to influence and scare people from voting. 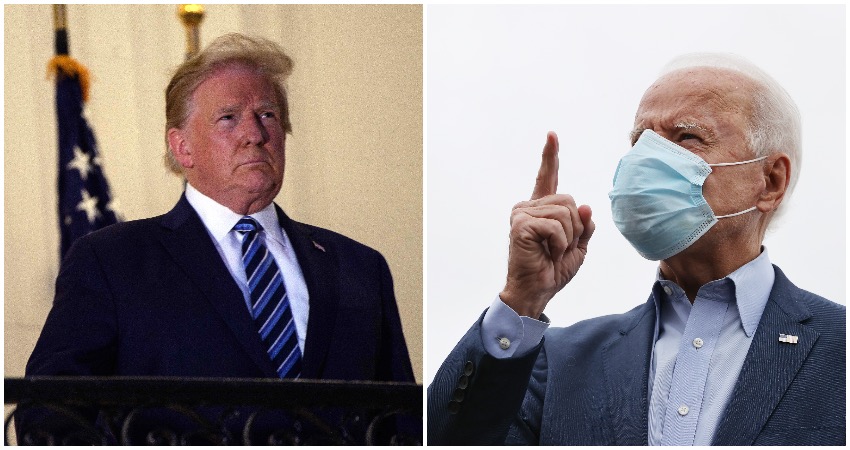 "You should not pay attention to them," he added.

Biden has frequently expressed concerns about Trump 'stealing' the election, particularly due to his repeated attacks on the legitimacy of mail-in voting and his refusal to commit to acknowledging the election results.

Last month during a White House news conference, Trump was asked by a reporter: "Win, lose or draw in this election, will you commit here today for a peaceful transferal of power after the election?"

He responded: "We're going to have to see what happens.

"You know that I've been complaining very strongly about the ballots, and the ballots are a disaster.

"Get rid of the ballots and you'll have a very peaceful - there won't be a transfer, frankly. There will be a continuation," Trump said, speaking about mail-in ballots.