A BUTTON that Donald Trump allegedly used to request a glass of Diet Coke has been removed from the Oval Office by Joe Biden.

The button was reportedly kept on the Resolute Desk by Mr Trump, but was hidden from view so that the many cameras that come in and out of the room wouldn't see it.

Once he pushed it, an ice-cold glass of Diet Coke would be brought immediately to the president by a member of White House staff, reportedly on a silver platter.

However, Mr Biden has wasted no time in getting rid of it, asking the function to be removed on his very first day in office. 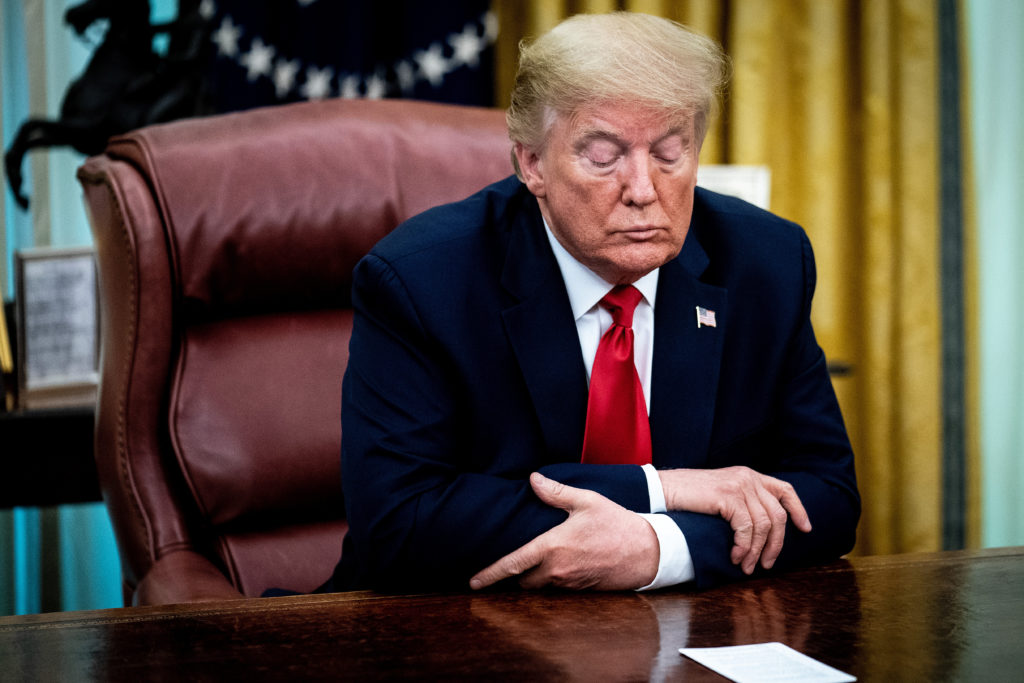 President Donald Trump sits a the Resolute Desk where he reportedly installed a button that, when pressed, would see a glass of diet coke delivered to his desk.

Former White House aide Chris Sims wrote about the button in his 2019 book Team Of Vipers.

He said that Mr Trump would prank visitors by hitting the button and pretending it was related to the country's nuclear weapons supply.

"Not sure what to do, guests would look at one another with raised eyebrows. Moments later, a steward would enter the room carrying a glass filled with Diet Coke on a silver platter, and Trump would burst out laughing."