THE jurors in the rape trial of two Ireland rugby internationals have been sent out to begin their deliberations.

Paddy Jackson and Stuart Olding are accused of raping the same woman in Mr Jackson's south Belfast home, in the early hours of June 28, 2016.

They both deny the charges.

The eight men and three women of the jury commenced their deliberations at 12.40pm this afternoon, following some nine weeks of proceedings at Belfast Crown Court. 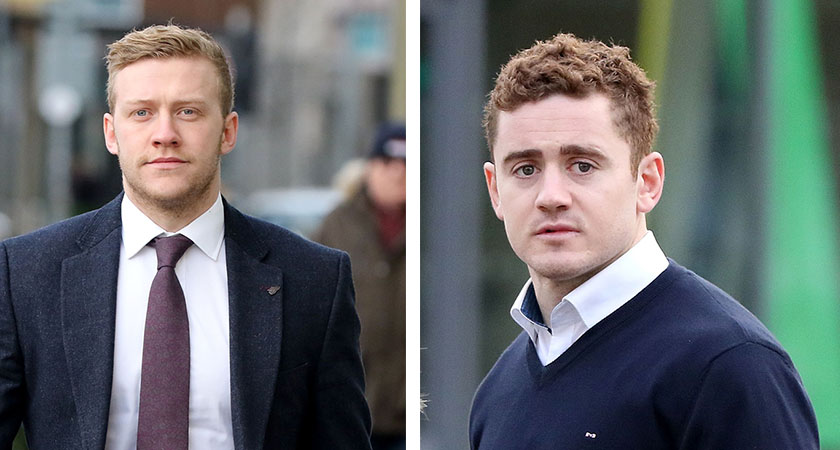 Judge Patricia Smyth finished summing up the case this morning, saying: "The only verdict I can accept is a unanimous verdict."

The judge said that although members of the jury may have heard about a "majority" decision, they should "put that out of your minds for now."

Jackson, 26, of Oakleigh Park in Belfast, denies one charge of rape and another of sexual assault.

Olding, 25, from Ardenlee Street in the city, also denies rape.

Stuart Olding's statement in full after being cleared of rape