The Irish rugby legend has confirmed his retirement from professional rugby.

Stringer's career started with Munster and Ireland ahead of playing for a host of Premiership clubs including Sale Sharks, Bath, Newcastle and Saracens before finishing with Worcester Warriors in December.

Stringer noted his time with Munster and Ireland as the highlight of his journey which saw him playing top flight rugby until his 40th birthday. 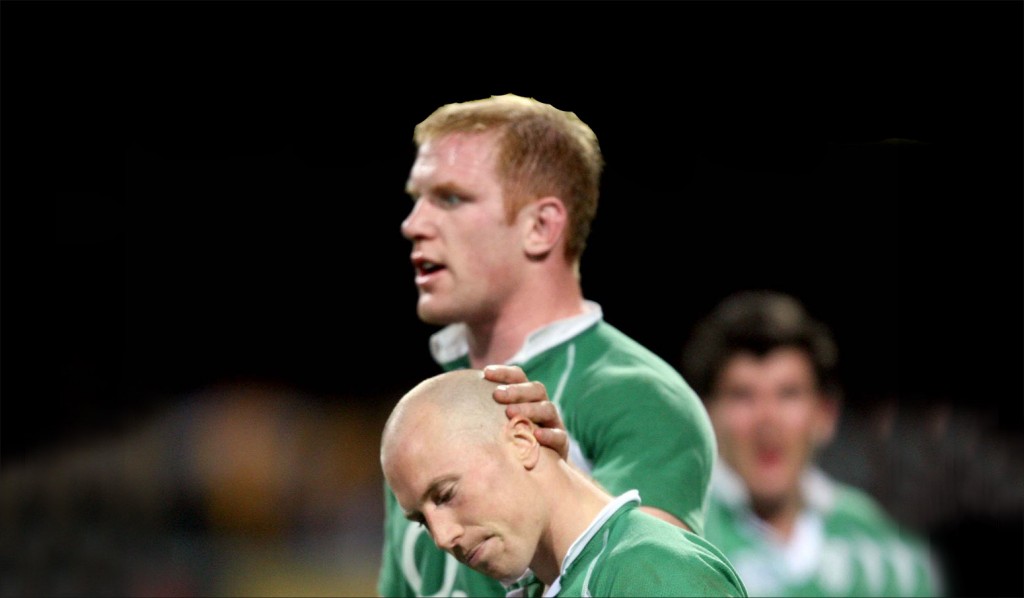 Stringer in action with former teammate Paul O'Connell in 2006

Mr Stringer said he was delighted to achieve his dream of playing rugby: "From the age of five all I ever dreamed of doing was playing rugby. I cannot describe how it feels to have lived that dream for nearly all my life.

The journey has been an uncompromising obsession filled with memories I will cherish forever."

He thanked his coaches and family for their support: "To the coaches who never saw my size as disadvantageous, thank you. To my teammates who motivated and inspired me, thank you. To my parents and brothers, I could not have reached my goals without you.

Thank you to my clubs in England - Saracens, Newcastle, Bath, Sale and Worcester who gave me an opportunity to continue playing the game I love," he added.