A LONDON-BASED Irishman who has welcomed a family of Ukrainian refugees into his home is urging fellow Irish people living in Britain to do the same.

David O’Brien, who hails from Glanmire in Co. Cork, has been living in the capital for 32 years.

When the war erupted in Ukraine in February, he and wife Isabel were determined to do something to help.

They wanted to offer the two spare rooms and bathroom located on the top floor of their home to a Ukrainian family fleeing the Russian attack on their country.

And after consulting their 12-year-old twins Daisy and Colum – who were more than happy to support the idea – the family set about finding someone they could help.

“Right from the start, as soon as we knew there were families fleeing Ukraine, we decided to help,” Mr O’Brien told The Irish Post this week.

“That was probably two weeks after the war started that we made that decision.

“So, we spoke to our twins, and they were all for it, they were right behind us.” 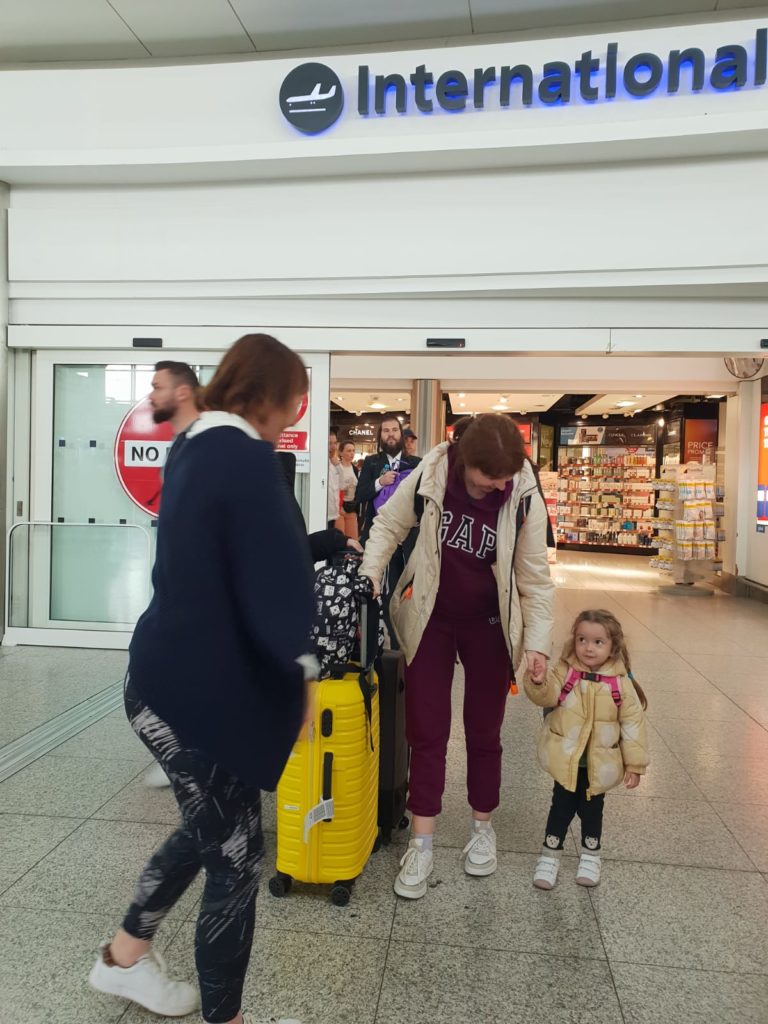 The Shuhailo family finally flew into Stansted Airport last week - where they were met by their host family (PIC: O'Brien family)

The family registered on the Shelter for Ukraine website and quickly found a family trying to leave the war-torn nation.

The O’Briens made contact with Nataliia Shuhailo, who was attempting to flee Ukraine with her two daughters, Yuliia, 14, and two-year-old Veronika.

Her husband was staying behind in their hometown to look after her mother and their pet dogs.

The Shuhailos had been living in the city of Mykolaiv, near the Black Sea, in southern Ukraine, which has faced heavy shelling by Russian forces in the ongoing conflict.

With the situation growing more dangerous by the day, the O’Briens were only too happy to help get them to safety.

They made visa applications for the family and underwent safety and background checks themselves, while keeping in regular contact with the Shuhailos via email and video calls.

“We applied for their visas straight away and have had social workers come to visit and check us out,” Mr O’Brien explained of the process, which took a total of six weeks to complete.

“We have had background checks done on us too, but we were happy to do whatever we had to do to be able to help.” 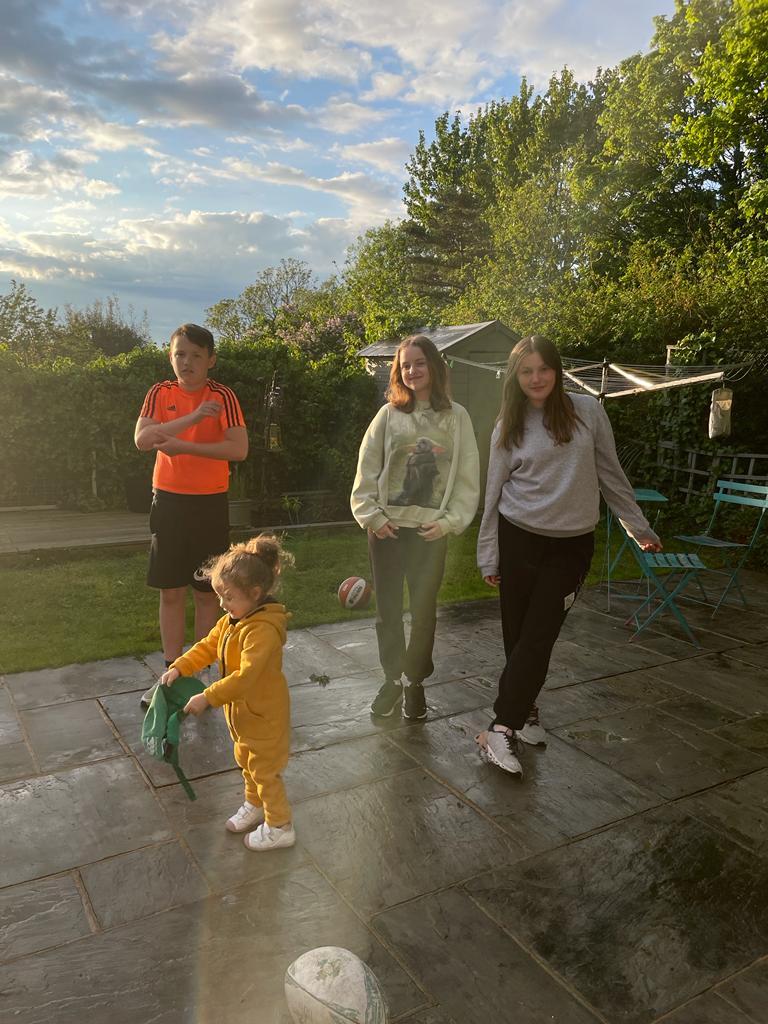 The Ukrainian family finally flew into Stansted Airport from Moldova on Tuesday, May 3 - where the O’Briens were ready and waiting to collect them.

“It was absolutely fantastic to finally get to the airport and see them face to face,” Mr O’Brien said.

“My wife went and greeted them first and you could just see happiness all around their faces, and on my wife’s as well.

“So that was magic, it really was nice.”

Under the national Homes for Ukraine scheme, sponsors such as the O’Briens are expected to offer accommodation to families like the Shuhailos for a minimum of six months.

The family has received a one-off government payment of £200 since they arrived in London and will also have access to state benefits while living here.

Within 30 days of their arrival the children will be enrolled in the local school system.

So far, they are settling into life in their new home in Lewisham, south London well, according to Mr O’Brien.

“They have the two bedrooms and the bathroom at the top of our home for themselves, that is out of bounds for us now,” he explained.

“From their first night with us they have seemed comfortable, little Veronika even came down for a glass of milk, like she felt at home, we were so happy to see that.

“We are managing to communicate too,” he added, “Yuliia, the eldest daughter, speaks English well so we can communicate through her, and the internet – we have Google translate, we are all learning now.” 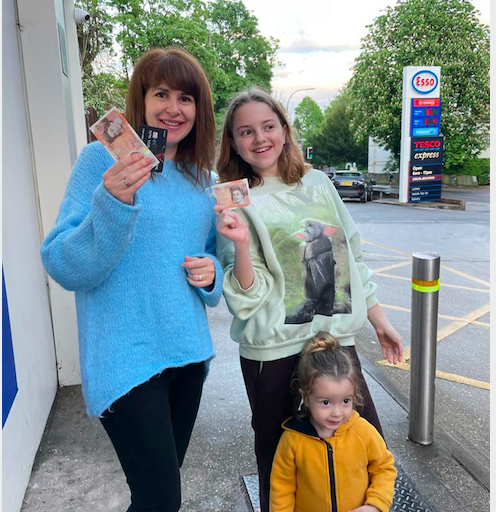 Nataliia Shuhailo, pictured with her daughters Yuliia and Veronika, has received a one-off government payment of £200 to help them settle into their new life in Britain

For Mr O’Brien, his own position as an immigrant in this country was one of the reasons he felt compelled to help when war broke out in Ukraine.

“I think what resonates with me most about the whole thing is that I am from the Irish community living here in Britain, we are an immigrant community ourselves,” he admits.

“When I was growing up in Ireland my mother left the five of us children when I was nine,” he added.

“My father reared me, and we were from a very poor background, but we got by.

“But we couldn’t have done it if it wasn’t for handouts, people had to help us in life and we always said, if we ever make it or do well in life, then we would always give back. 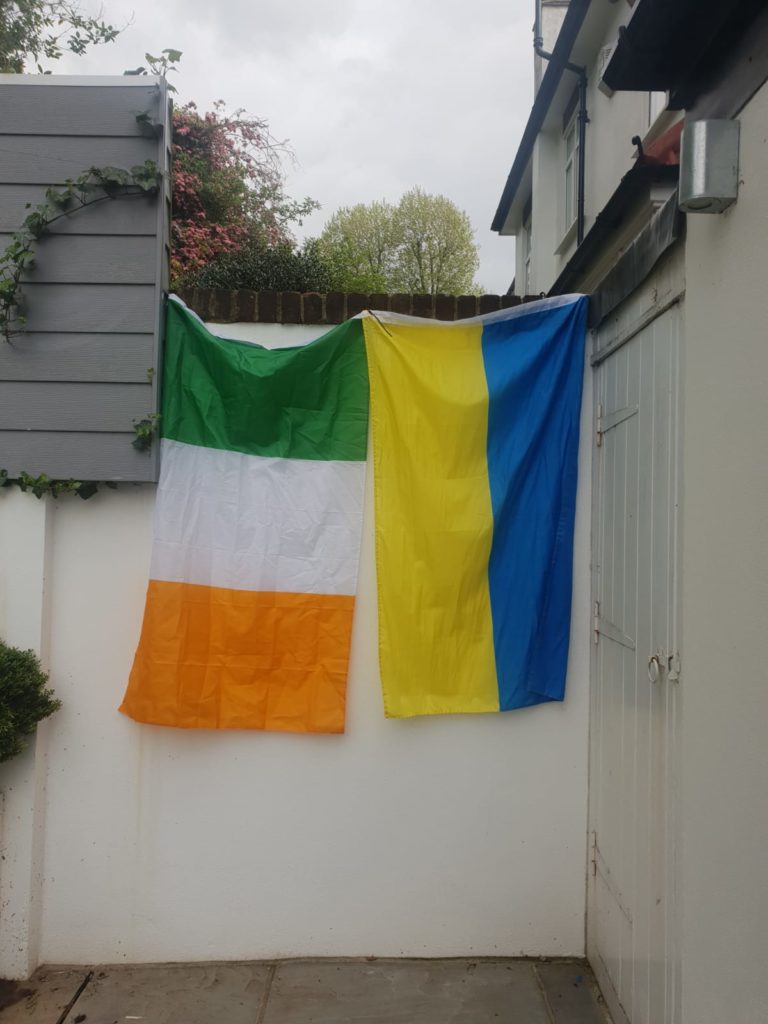 Mr O'Brien is hopeful more Irish people living in Britain will open up their homes, such as he has, to help the people of Ukraine (PIC: O'Brien family)

Mr O’Brien, who runs a successful construction company in south London, is hopeful that there will be many more members of the Irish community in Britain who are willing to open their doors to the people of Ukraine.

“I am sure there are lots of great Irish people living here in this country that could do what we are doing too,” he said.

“They may not be sure on how to go about reaching out and helping these people, and that’s why I want to share our story - to show them it can be done and there is support out there.”

He added: “For anyone thinking about it or not sure about giving up their extra bedroom to help out, I would just say 'do it'.

“Just do it - it’s going to be so rewarding and to be able to give something back is so important.”