GERRY O'BRIEN is calling time on his illustrious pub landlord career after more than three decades in charge of The Churchill Arms in Kensington.

The Clare man has served everyone from Bertie Ahern to Prince Edward in his 32 years at the helm – becoming something of a local celebrity in the process.

“Can you believe it’s been 32 years?” he told The Irish Post. “It’s impossible to describe how I feel about the place because so much has happened here.

“But it’s time to go as my feet and especially my knees aren’t what they used to be. All the bending, twisting and turning has caught up with me now.

“I always operate behind the bar. It’s like my stage and it makes the staff feel appreciated. But I can’t be with them as much as I’d like to anymore and it’s terribly sad.”

He never imagined he would finally be saying goodbye to the capital over 50 years on.

“I’d never worked in a bar in my life if you can believe it. I’d never even had a pint! The strongest drink I’d had up until then was a bit of lemonade.

“The pubs in London were like nothing I’d ever seen before coming from Clare and I just thought ‘gosh I’d like to work behind a bar’.

“I would never, ever have believed that the last 50 years of my life would go the way they have. I just worked my way up.”

Mr O’Brien’s first job in London was working at The Prince Regent pub on Marylebone High Street, before moving to nearby The Coach Makers in the early 1970s.

He worked his way up to become deputy manager before taking a chance to run his own pub in the shape of The Churchill Arms in 1985. 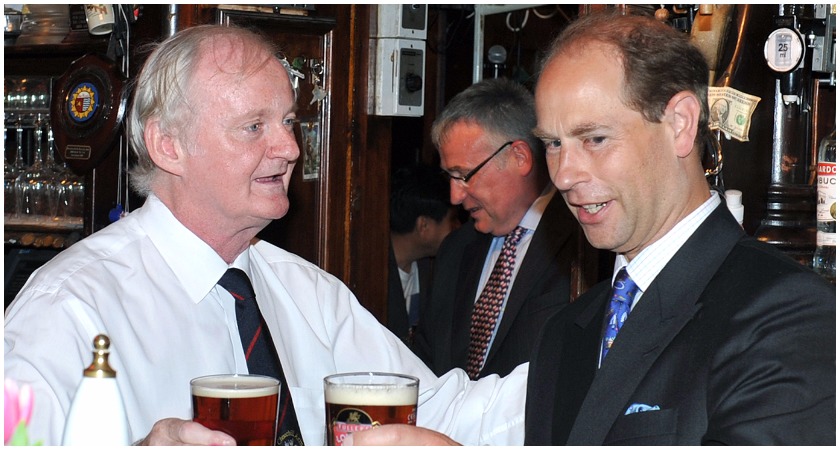 He took the Kensington Church St establishment from an empty shell to the striking, flower-festooned building seen in West London today.

The pub has some 100 flower tubs, 42 baskets and 48 window boxes covering its exterior, and was adorned with 21,000 lights and 90 Christmas trees for the festive period last year.

Gerry said: “No one just walks past The Churchill Arms. You won’t see anything like it anywhere else, if I say so myself.

“If people don’t come in then they stop to take a picture and show it to other people. And if they’re in the area again then they come in.

“We never had a garden or anywhere to sit outside so I thought why not make the front its own garden? We’ve won so many awards. I’m very proud and it will live on after I’m gone.”

Mr O’Brien now hands over the reins to general manager James ‘Jim’ Keogh, who has worked there for 25 years.

The Killaloe native will have a send-off on Thursday, August 3 before retiring to Ireland.

“I’m moving back to Ennis and I can’t wait even though it’s terribly sad to be saying goodbye to London after so long.

“I’d love to do something in tourism promoting Clare to visitors from the UK and abroad. That would be an absolute dream come true.”

Mr O’Brien added: “It would be a brilliant way of keeping London in my heart. I will never lose my connection to this place.”

One regular, Anthony Lawless, said: “Of the 2million pints of Pride Gerry pulled, l had quite a few of them over the past 25 years! Best of luck in his retirement.”

Meanwhile Karen Martin said: “It won’t be the same without Gerry but it's time to put his feet up and relax.”

Reflecting on a job well done over the last 32 years, Mr O’Brien said: “So much has happened here, I could write a book for every single year.”