AN IRISH pub owner  has enjoyed an emotional first face-to-face meeting with his long-lost relatives in New York.

Irishman Danny Price runs and owns The New Inn over on Long Island and has been a New York resident for the past 11 years.

Family has always been an important part of his life – his sister Mary Willis also lives in the Big Apple having emigrated over.

However, both siblings have sensed something was missing from their family story over the years

Growing up, they were often told by their dad Joe about their great uncle and aunt, Nelly and Davy McDonald, who also emigrated to New York from Clara in Offaly in 1926.

Unfortunately, in an era before the technology of today, Joe’s family ended up losing contact with the McDonald’s after they moved to America.

Danny and Mary’s father has been obsessed with finding them ever since.

Eager to help in the search, the siblings eventually discovered their great-aunt Nelly’s grave in New Haven, Connecticut, where they also learned she never married.

They could find little trace of their great uncle Davy though.

All they had to go on was an address from Richmond Hill in Queens, New York, where he had last written to the family back in Ireland in 1960.

Their father Joe had already exhausted that search though, calling every McDonald living in Queens who was listed in the phone book.

Then Covid-19 happened and everything changed.

Eager to promote his newly-established Irish pub, The Noon Inn, Danny took to Facebook to drum up some interest in a group for Long Island residents and, specifically, Irish-Americans.

It was there that he encountered a woman called Kathy who had an interesting story to tell.

"She said that she had Irish heritage, her family being from Offaly. Danny said that his grand-uncle Davy had moved here, explaining that he was a bus driver in Manhattan but lived in Jamaica, Queens. He said he might as well ask," Mary Willis explained to the Leinster Express. 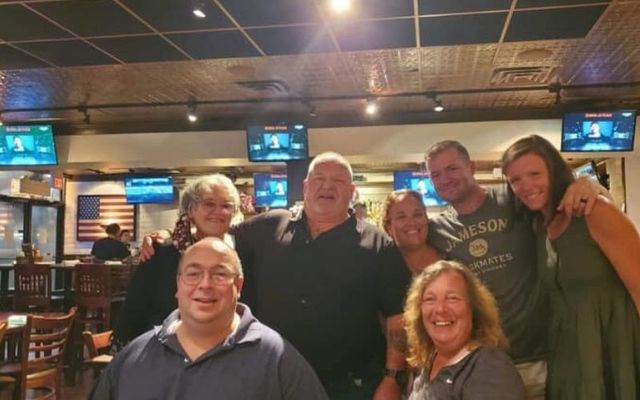 What she said next left the siblings stunned and solved a mystery that dated back decades.

"She replied that her grandfather was Davy McDonald, who drove a bus in Manhattan and lived in Jamaica, Queens. He had a sister called Molly, our granny, and she had married a Joe Price (Snr), our grandfather."

Upon further discussion, it was discovered that Davy McDonald Sr., had sadly passed away in 1966, which went some way to explaining why the trail went cold.

While both Davy Jr and Dianne had also died in the years that followed, three of Davy’s children remained alive and well.

Not only that, but Mike, one of Davy’s sons, was living just five minutes away from Danny’s home in Merrick, Long Island.

Last month, Danny and Mike finally met for a special dinner in New York thar saw them joined by several members of their respective families – including Davy Jr.’s widow Betty.

While the Covid-19 restrictions have limited the amount the family can see each other, plans are already afoot for Danny and Mary’s beloved dad Joe to make the trip over from Ireland to see his long-lost family.

Irishman, 30, missing in New York after going for swim with friends at 2am