ON JANUARY 8th, 1993, horror film fans were introduced to a new kind of terror: Leprechaun.

It may not have been big or particularly clever, but it ended up making its mark on cinema, forever consigning Irish folk far and wide to field questions about little men with buckled hats.

They have Mark Jones to thank for that.

Jones had been a writer on tv shows like The A-Team and The Fall Guy for 15 years prior to hitting upon the idea of a horror film centred around the diminutive supernatural being made famous in Irish folklore.

Taking inspiration from Lucky Charms cereal as well as movies like Gremlins and Critters, Jones penned a script featuring a malevolent leprechaun as the main antagonist – but it was no easy feat.

“Researching a film about leprechauns really wasn’t that easy,” Jones told Fangoria magazine back in 1993.

“What I found was that leprechauns are the offspring of evil spirits and demented fairies and there’s no way to kill them. So what I ended up doing was mixing historical facts with things like the four-leaf clover stopping him, which I made up.”

A Different Kind of Leprechaun

The film centred around an evil, sadistic Leprechaun in search of his beloved pot of gold and eager to get his hands on it regardless of whoever stood in his way.

His only weakness or kryptonite, if you will, was the four-leaf clover, which acted in a similar way that a crucifix does to Count Dracula in Bram Stoker’s famous novel.

Jones’ script was initially sold to Moviestore Entertainment where it languished for several years before he convinced Trimark to take a chance on it.

Handed the opportunity to direct with a budget of just under $1 million, Jones found his entire approach to the project shift just prior to the start of filming when he realised Leprechauns weren't all that scary.

“Originally my concept for the Leprechaun was that of a horrible murderous creature,” Jones told Fangoria.

“But I found that just a little too one-dimensional and ultimately made him into a character whom audiences could almost love, yet was totally evil.”

By then, Warwick Davis had been cast as the titular character in a move that would shape the franchise for years to come.

Though Davis had just starred in the George Lucas-produced fantasy epic Willow a few years prior, he was enduring something of a dry spell and saw Leprechaun as a chance to play against type as a villain.

Jones had also been taken by an audition from a young Jennifer Aniston, then an unknown, who impressed the writer/director enough to land the role of the film’s main heroine.

Aniston had made a few guest appearances in shows like Quantum Leap at that point but Leprechaun represented her first starring role in a film. Horror films had made many a career over the years with the likes of Johnny Depp and Kevin Bacon cutting their teeth on movies like A Nightmare on Elm Street and Friday the 13th respectively. 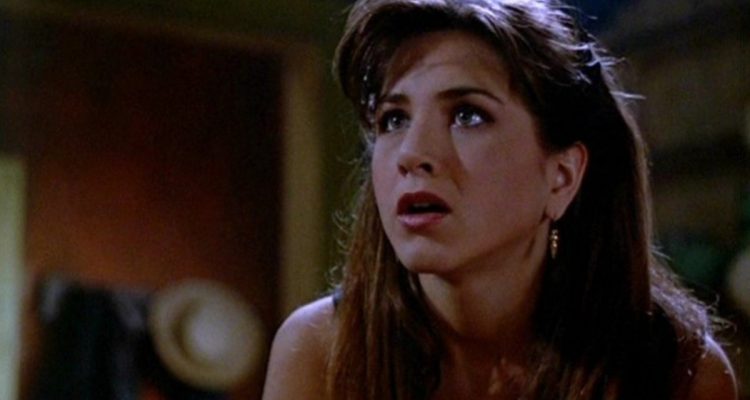 Filmed over the final few months of 1991, however, production on Leprechaun was not without its difficulties.

The biggest came when Davis agreed with Jones' assessment that the film would fare better with a shift in tone.

Horror and comedy had proven effective bedfellows back in the 1980s and the pair figured a similar approach would better suit a film about a tiny Leprechaun offing people.

Together, they set about injecting more humour and slapstick fun into proceedings.

The problems arose when Trimark saw the finished film and decided that, unlike Jones and Davis, Leprechaun would be better off as a straight-up horror film.

There was a logic to their thinking - they expected Leprechaun to make most of its money on VHS, where the demand for gross-out, certificate 18 scares was huge.

As a result, several key scenes had to be re-shot and made gorier and more unsettling, while an additional death or two was added to the plot to ensure it appealed to older audiences.

The reshoots proved time consuming too, not least for Davis, who had to endure three hours of make-up every day to transform himself into the Leprechaun. By the end though, they had the makings of a solid horror flick. Or so they thought.

On initial viewing, you would be forgiven for thinking that effort had all been for nothing.

In terms of traditional filmmaking, Leprechaun makes for cringe-inducing viewing with the unusual blend of graphic body horror and quirky humour giving proceedings a bizarre yet strangely watchable tone.

It starts off in hilariously bad cliché territory with an Irishman by the name of Dan O’Grady returning to the US newly flush after stealing an Irish leprechaun’s pot of gold.

Unbeknownst to him, however, the leprechaun has followed him home intent on revenge. A violent struggle ensues, with O’Grady succeeding in trapping the Irish fairy in a wooden crate in his basement thanks to a carefully placed four-leaf clover.

There he stays for 10 years until a spoilt rich kid by the name of Tory (Aniston) takes up residence on the old house with her dad and ends up releasing the vengeful leprechaun. 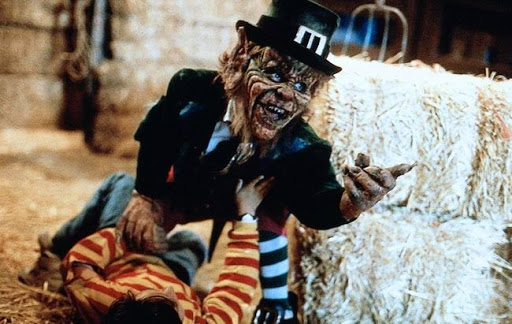 Gruesome deaths involving wheelchairs and pogo sticks ensue, with Davis’s Leprechaun proving rather fond of a pun or rhyming couplet whenever the situation called for it – or didn’t.

The fact was that, while the studio had injected gore and additional scares into proceedings, they had forgot to remove much of the film's odd line of humour. It made for quite the combination - one that didn't sit all that well with critics.

Leprechaun drew rank reviews upon release with critics branding it “unwatchable”, “neither scary nor funny” and an "utter waste of perfectly good Kodak film stock".

But audiences evidently disagreed. Leprechaun went on to make more than $8.5 million in the US alone, thanks to a solid showing at the box office and an impressive level of uptake on the burgeoning VHS rental market.

It has continued to garner cult following in the years since, sitting firmly in the category of "so bad it's good" among many fans. Years later Aniston categorises the film as bad but ultimately good…for her career.

"I really thought I arrived when I did Leprechaun," she told Howard Stern back in 2019. "It was with Warwick Davis, the guy from Willow was in it. It was a big deal!"

Aniston revealed to Stern that she even watched it with her ex-husband Justin Theroux back in 2011.  Though it wasn't a fun experience.

"I watched it like, eight years ago with our mutual friend Justin Theroux for sh*ts and giggles. We were dating. It was one of those things when I tried to get that remote out of his hand and there was just no having it. He was like, 'No, no, no, no, this is happening.' I just kept walking in and out, cringing."

Despite feeling a little embarrassed at rewatching her first feature film again all these years later, Aniston regards the film as a “cult classic” adding  "I really did think it was an amazing thing that I was in a movie."

It was certainly the start of big things for those involved.

A year after Leprechaun’s release Aniston was cast as Rachel Green in Friends.

Davis, meanwhile, would go on to reprise his role as the Leprechaun in five sequels including such memorable entries as Leprechaun 4: In Space and Leprechaun In The Hood.

The Leprechaun franchise lives on too. In 2014, a reboot, Leprechaun: Origins earned a cinema release while in 2018 Leprechaun Returns was released on DVD, serving as a direct sequel to the original film with several cast members coming back – Aniston not included, of course.

The most exciting chapter could be yet to come too.

Back in 2019, filmmaker Darren Lynn Bousman, who is best known for his work on the Saw, spoke of his plans for the franchise and yet another reboot, this time starring Davis, and set during the Colorado Gold Rush. Eight films in and there could still be life in this leprechaun yet.

Further Reading: Every Leprechaun film ranked from "bad" to "so bad it’s good"