CONOR Collins is no stranger to using some unusual materials in his artwork.

The Manchester-based Irish artist has created intricate portraits using everything from Nutella to red wine – but his latest work is a departure from even these methods.

Mr Collins has created a detailed portrait of pioneering computer scientist Alan Turing, whose life was documented in Hollywood movie The Imitation Game, using the blood of gay men who work in the medical industry.

He is hoping the project will highlight the number of people who are willing to donate blood but are prohibited from doing so because of their sexuality.

“It's created using the blood of people currently unable to donate," he explains. "This includes the blood of a heart surgeon, a GP, some nurses as well as many other medical professionals.

"People we trust every day to save lives, however due to current laws their sexuality means they are banned from donating.”

A little snap from yesterday at the House of Commons. Not the best picture unfortunately! pic.twitter.com/pFwoEnSMl7

The painting is part of the latest campaign from Freedom to Donate, a group that is seeking equal donation rights for all people regardless of their background.

Under current British guidelines, there is a 12 month deferral period before a man who has had sex with another man can donate.

This is more extreme in Ireland – where there is a lifetime ban on gay men ever donating blood.

Ireland's health minister Leo Varadkar vowed earlier this year to examine this ban - and also pledged to lift the ban on Irish people who have lived in Britain donating blood at home.

“In truth I lost track of how much blood was used, but in short, it was a lot,” he said.

“I want this piece to communicate the importance of blood,” he explains.

“How, when it is there, it can mean seeing someone who means the world to you open their eyes another day, and when it's not, it can mean never seeing their smile again.”

Alan Turing, who was born to an Anglo-Irish mother and a British father in London in 1912, was convicted of homosexuality at a time when it was illegal. 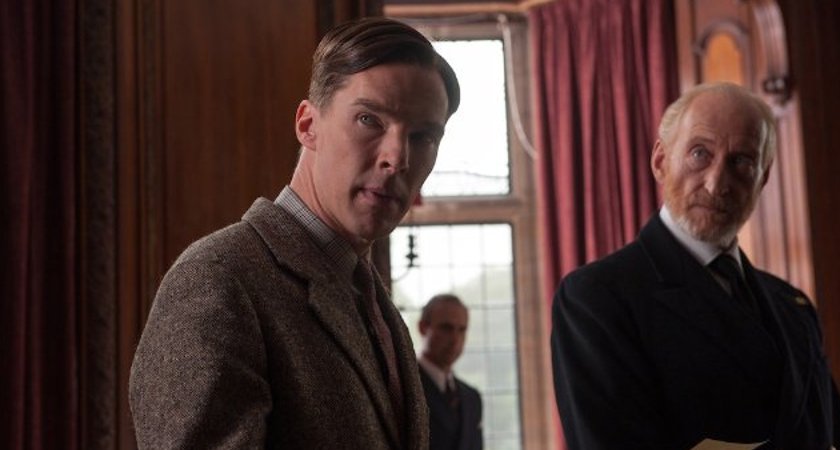 One of the things he is best remembered for is being one of the code-breakers who managed to hack the Germans’ coded messages during WWII – and passed this information on to the Allied side, resulting in many foiled attacks.

“Alan Turing through his anonymous actions will have saved the lives of millions of people,” Mr Collins told The Irish Post.

“When you donate blood, through your anonymous actions may save the life of someone you have never met and give them a new chance at life.”

The painting of Turing was unveiled this week in the House of Commons and has already been garnering attention on social media for its unusual medium.

Though this particular portrait carries a special message, it is not Mr Collins’ first such artwork.

His paintings of Olympic athletes Caitlyn Jenner and Tom Daley went viral on Twitter – and he has since gained a reputation for tackling difficult issues in his work.

Mr Collins, born in Kent to parents from Cork and Kerry, continues to exhibit his art on Twitter.