FAMED Irish playwright and novelist Oscar Wilde, along with 75,000 other gay men convicted under an abolished sex offences law, has been pardoned by the Queen.

The law, contained in the policing and crime bill, purges past criminal records of both living and dead people convicted of homosexual offences.

Turing was officially pardoned in 2013, 61 years after his conviction for homosexuality in 1952.

He was found guilty under Section 11 of the Criminal Law Amendment Act 1885, the same law under which Oscar Wilde was prosecuted in 1895.

Section 11 was invoked against Wilde after the Marquess of Queensberry publically accused him of being a “posing sodomite.”

Wilde was accused of having sex with more than 12 young men between 1892 and 1894, and received the most severe sentence possible under the Act at two years hard labour.

The judge presiding over the case remarked that the sentence was “totally inadequate for a case such as this”. 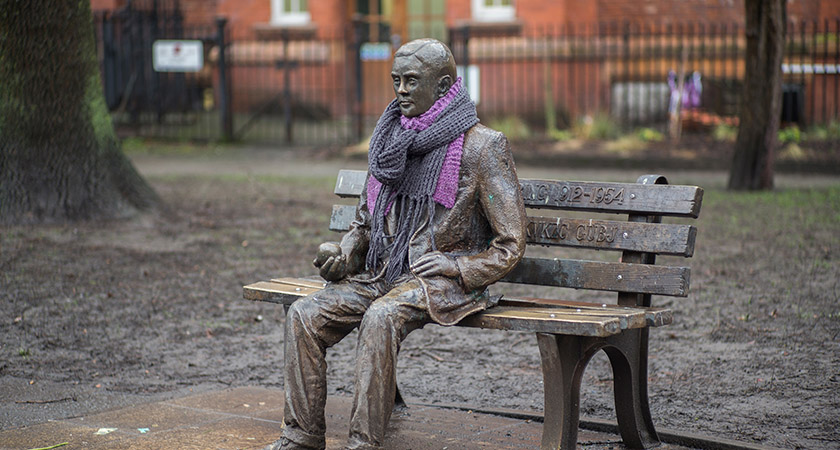 After prison, Wilde, who was born and raised in Dublin, condemned the act and predicted that the battle for its repeal would be a “road long and red with monstrous martyrdoms.”

As well as the posthumous pardons of 59,000 dead gay men, Turing’s Law will also 16,000 living men who were convicted to apply to the Home Office for a pardon.

Gay rights organisation Stonewall said the law “will help draw a line under the damage caused to many thousands of lives.”

“We can celebrate the fact that we live in a country that acknowledges that we got this wrong in the past, and we mean to make amends for that,” a spokesperson said.

“It is another step towards achieving acceptance for everyone, whoever they are.”

At PMQs in Westminster today, Theresa May said that the law was “momentous and rights the wrongs of the past.”

In Ireland, the last remnants of anti-homosexuality law were repealed in 1988 after a 14-year campaign by politician David Norris.

Homosexuality had been illegal in Ireland since “buggery” was first made an offence punishable by penal servitude under The Offences Against the Persons Act of 1861.

In 2015, gay marriage was legalised in Ireland after a referendum which saw 62 per cent of Irish people come out in favour of a ‘Yes’ vote.

A bill to pardon gay men convicted of sexual offences In Ireland prior to decriminalisation of homosexuality is be ingdebated in the Seanad in Dublin this afternoon.