AN IRISHWOMAN who was unlucky enough to be the first person ever fatally injured by a motor vehicle died 147 years ago today.

Mary Ward is best remembered for the events of August 31, 1869, in which she was thrown from a steam car onto the road near Birr, Co. Offaly—the county where she was born.

Ward was just as unusual in life as she was in death, particularly given what she achieved in a difficult time for women in Ireland.

Women were actively discouraged from engaging with the sciences in the mid-19th century, and just born female often meant ostracism from the scientific community. 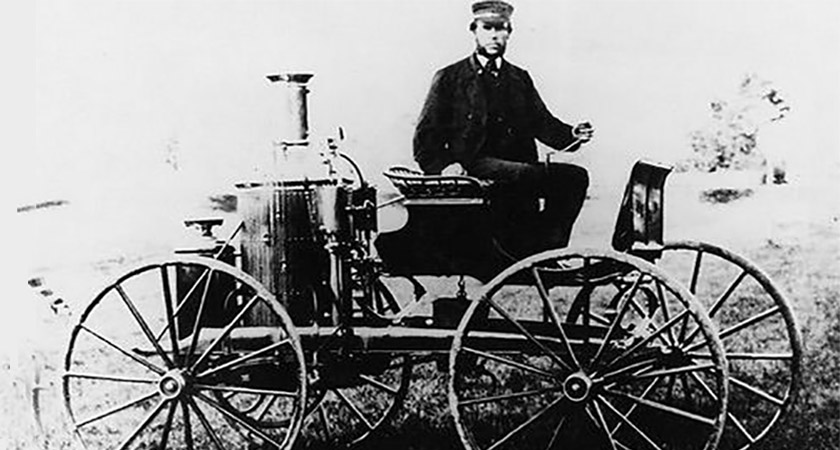 This is what a steam-powered automobile looked like c.1870 [Source: Wikipedia Commons]
As a child in Ferbane, Co. Offaly, Ward was fascinated with collecting and drawing insects, with the help of her scientist father’s magnifying glass.

As Irish universities accepted remarkably few female students at the time, Ward taught herself microscopy. Through her own endeavours, she became a respected member of the scientific community and was the first woman ever to be placed on the Royal Astronomical Society’s mailing list.

It was a relative of Mary Ward's that built one of the world’s first steam-powered automobiles.

Out for a ride one afternoon, Ward's cousin’s car hit a bend and sent her tumbling out of the vehicle and under the wheel. She died instantly from a broken neck.

Mary Ward is now cited as the first person to be killed by a car, but it is important to remember what she achieved in life as a 19th century Irishwoman.