A SELFLESS Irish grandmother has been honoured for 30 years of service to a hospice in east London.

Margaret Fitzpatrick, 84, started working as a domestic at Saint Francis Hospice in Romford all the way back in 1987.

The hospice hero is originally from Co. Tipperary but has been living in Essex since 1960.

Her smile and friendly chat has brought comfort to hundreds of people who needed it most and at 84, Mrs Fitzpatrick says she has no plans to stop.

“I just love helping the patients and it is lovely to be able to talk to the families and most of all I love the friendship,” said Margaret.

“It is such a lovely place to work in.

“There are so many times when I say I am going to retire but then it comes to it and I say I cannot go just yet.” 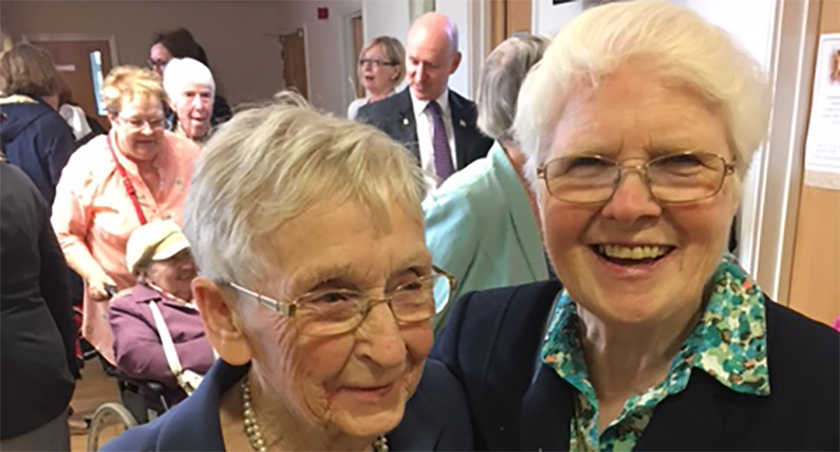 During a service at St John’s Church in Havering-atte-Bower to mark the hospice’s 33rd birthday, Margaret was presented with a 30-year Long Service Award.

Celebrations continued afterwards at the hospice’s Pepperell Education Centre where Margaret was praised by colleagues and friends for her selfless work.

Mrs Fitzpatrick has a very personal connection with the hospice as it cared for her husband James Fitzpatrick before he died of cancer 16 years ago.

The mother of four’s proud daughter Rose Fitzpatrick, who is Deputy Chief Constable of Police Scotland – and one of the most senior ranking female officers in Britain – flew down from Edinburgh to be there for her mum’s big day.

Rose said she couldn't be prouder of her incredible mum.

“Being part of the Hospice team means so much to Mum, and as a family we are all so proud of her amazing achievement,” she said.

“It's really heart-warming to know that her determination to put the patient first has made a difference to so many people over 30 years."