SURE, 2020 has been such a wild ride already, why not throw tornadoes in Ireland into the mix?

Ireland's national weather forecaster, Met Éireann, have been kept busy over the past few weeks predicting rain, rain and more rain (and the odd yellow wind and thunderstorm warnings for good measure), but they took the time to share a lesser-seen phenomenon with their followers.

Taking to their official Twitter page, a Met Éireann spokesperson shared four images of funnel clouds which had formed during the thunderstorms in Wexford. 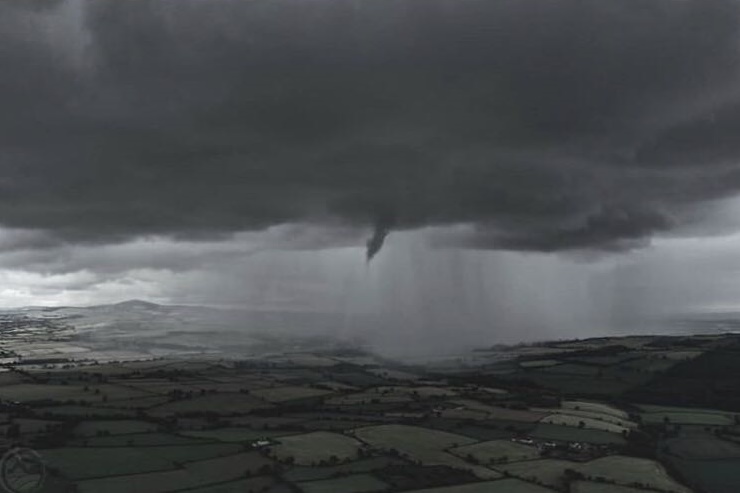 "There was some deep convection and thunderstorms which contributed to their formation," the spokesperson said.

"It appears to have condensed into a tornado as it is quite low to the ground and had the potential to cause some damage." 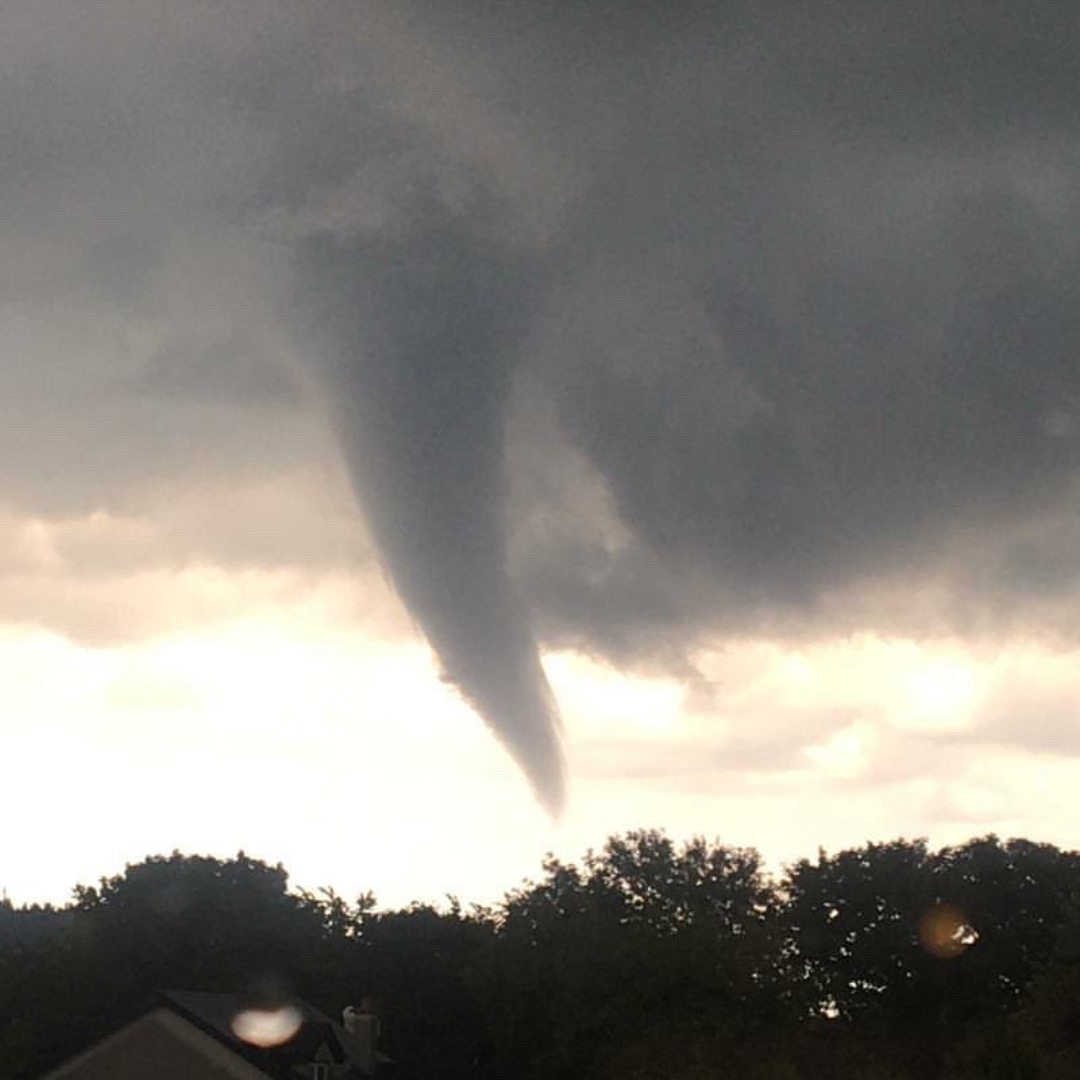 While the sight of a tornado in Ireland is shocking, it appears it didn't cause the damage it had the potential to cause, with Met Éireann comfirming that while they were tagged in photographs they did not receive any official reports.

However we didn't hear any reports.
Thanks for the photos!
1-4: Paulconnellphotography on Instagram 1st July, @darraghgregs image from Adamstown, Wexford(16th June), @tweather_flash and @susancapliceart image near Morriscastle, Wexford 1st July.

After a smaller funnel cloud was spotted in Tipperary in early May, Met Éireann meteorologist Paul Downed, released a report detailing exactly how the rare clouds are formed.

There are three conditions which must be met in order for a funnel cloud-- which is essentially a tornado that doesn't touch the ground and therefore is not as powerful-- to form, Mr Downes wrote. 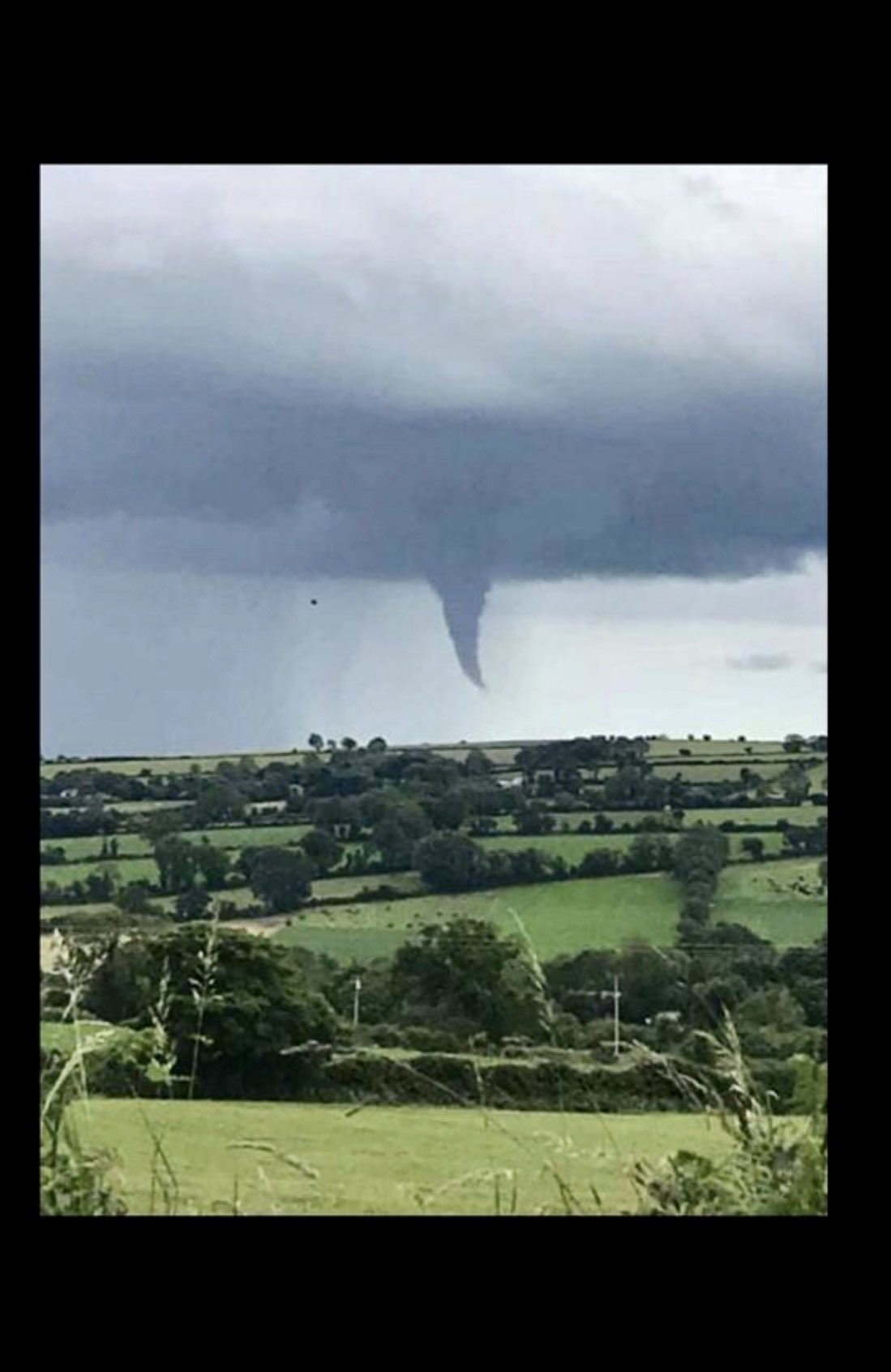 First, there must be moisture in the air-- and if it is a humid day there will be much more moisture present.

Instability is the second condition, with Mr Downes describing it as similar to a hot air balloon. "The air inside a cloud has to be warmer than the air outside it, so when the sun hearts the earth, 'bubbles of warm air rises'."

The final ingredient is 'directional shear', where turning winds combined with an updraft can "act like an ice skater in a spin". 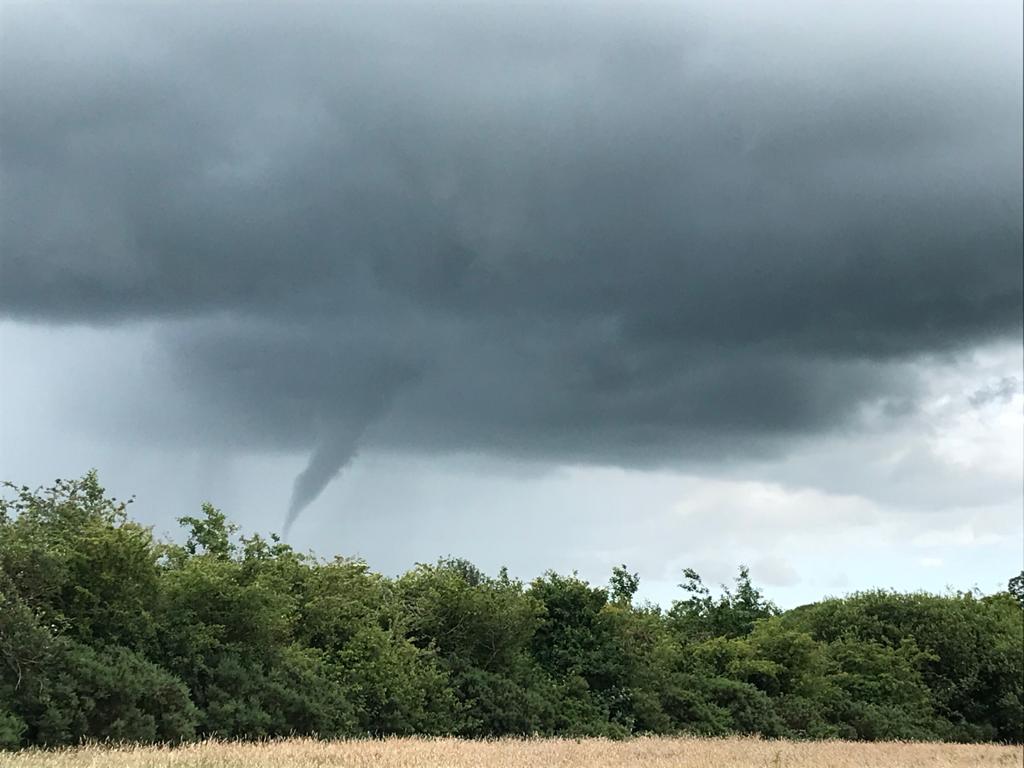 "When an ice skater spins and their arms are out they rotate slowly, if they want to spin faster they pull their arms in," Mr Downes explained.

"This is called the conservation of momentum and it works in nature just the same. "

"This causes pressure to decrease and to condense, thus forming the funnel cloud we see in the photo above. In extreme cases it can produce powerful tornadoes."

There aren't any tornadoes being predicted for Ireland this week, but Met Eireann have promised an end to the rain which has been falling seemingly constantly for the past few weeks.