FIANNA FÁIL TD Barry Cowen has apologised in the Dáil for a drink-driving ban he received in 2016 which has recently come to light.

Barry Cowen, the newly appointed Minister for Agriculture and the Marine, received a three-month driving ban in 2016 when he was caught driving under the influence after attending the All-Ireland football final.

He was driving on a provisional license at the time.

Mr Cowen yesterday issued an apology in the Dáil, where he said he was "profoundly sorry" for his "stupid, stupid mistake". 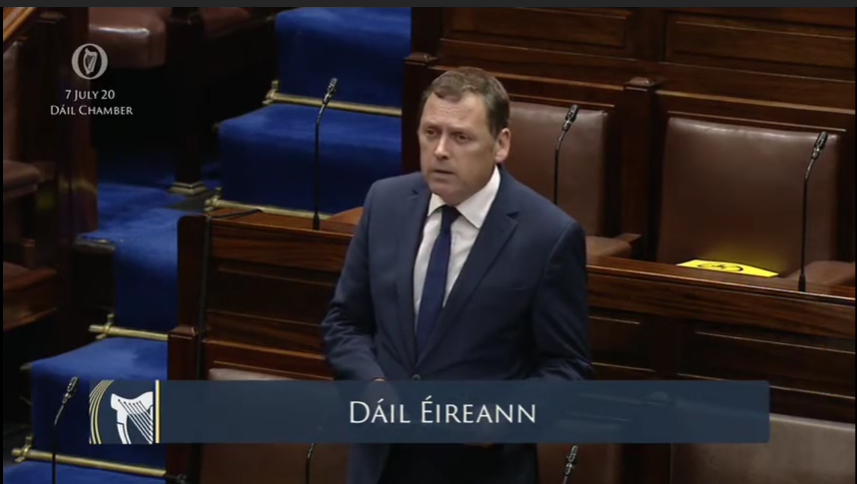 ""My decision in September 2016 to drive home after consuming any alcohol was a stupid, stupid mistake," he said.

He claimed he had two drinks and a light meal before driving to drop a friend home but accepted his decision showed "a serious lack and lapse of judgement".

"It was a mistake for which I am profoundly sorry.  The emergence of this issue into the public domain has put an intense spotlight on me, and on the shame-- more importantly--the shame of drink driving.

"The criticism that I have attracted for such a serious lack and lapse of judgement is fully deserved. This grave error [and] my subsequent humiliation, will hopefully serve to highlight the terrible dangers and consequences of drink driving."

The Agriculture Minister went on to apologise to the Taoiseach, Fianna Fáil leader Micheál Martin, as well as the wider government, his family and friends, and said he had spoken to and apologised to a number of road safety advocacy groups.

The Taoiseach said that "no politician is above the law" but said the Minister had received and served his punishment four years ago.

He had previously said he was "disappointed" to only learn about Mr Cowen's transgression on Friday last.

Mr Cowen, speaking over the weekend, had said he wasn't trying to keep the incident a secret, and said he hopes he could be an example to anyone who was thinking about driving under the influence.

"If somebody is thinking of doing what I did ... they might think twice before doing it,” he told RTÉ's This Week In Politics. “I could say I was fortunate in that there nobody hurt, injured, maimed or killed-- thankfully.

"That’s not to say it would be the case in any other instance of a similar nature.”

Speaking yesterday in the Dáil, Ceann Comhairle Sean Ó Fearghail said Minister Cowen had asked for time to explain and apologise for his actions, and said there would be no questions put to him after his apology.

"That has been chosen by Deputy Cowen," Ó Fearghail said, "it is accepted by me and that is the end of that matter.”