POLICE are searching for a man wanted in connection with the murder of Jack Donoghue, who was fatally stabbed outside a nightclub in Solihull over the weekend.

Mr Donoghue, 21, was attacked by five people who were “unknown to him”, according to West Midlands Police.

The attack happened at 3am on Saturday, November 30, near the Popworld nightclub on Poplar Road.

Mr Donoghue, who has been described as a “fun loving, doting son” by his devastated family, was taken to hospital but died shortly after. 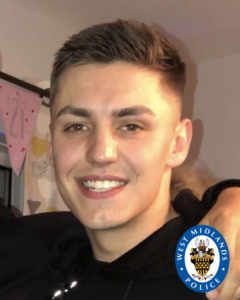 Tragic Jack Donoghue was attacked near a nightclub in Solihull

Detectives investigating the murder are searching for Tyrall Blake, 21, in connection with the murder and have asked for the public’s help to find him.

Detective Inspector Jim Mahon, leading the investigation, said: “We’ve been working hard to establish what happened to Jack during the early hours of that morning following up a number of lines of enquiry.

“These arrests are a significant development in our investigation, but I’m now asking for the public’s help in tracing Blake, who we believe was involved in Jack’s murder.

“If anyone knows where he is or thinks they may have seen him, I’d urge them to ring 999 immediately.”

He added: “Anyone who may be shielding him through a sense of misguided loyalty, should be aware that they are committing an offence and will be prosecuted.

“It’s vitally important that we speak to Blake. My message to him, is to do the right thing and let us know where you are.” 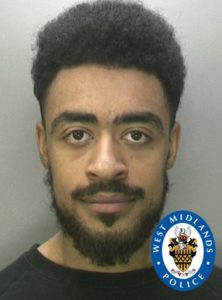 Police have asked members of the public not to approach Tyrall Blake (Pic: West Midlands Police)

Jack’s family have since paid tribute to him.

In a statement they said: “The family are devastated that Jack, our fun loving, doting son has been stolen from us.

“His laughter and smile filled every room. He had a massive heart and he loved and cared for his family and friends. He would do anything for anyone.

“We are thankful to have had so many beautiful memories of our amazing boy. We will miss him deeply and treasure our memories, but our family will never be the same.

“We are appealing to anyone who knows anything about what happened to our Jack to come forward with any information that may help the police to give us answers we desperately need.”

Anyone who sees Blake is asked not to approach him but to ring 999 immediately.