ONE OF New York City’s oldest and most iconic Irish pubs has reopened for business after its longest closure in 166 years of business.

McSorley’s Old Ale House in the East Village closed its doors back on March 17, a week after the city’s governor, Andrew Cuomo, postponed the annual St. Patrick's Day Parade.

The fact this legendary Irish pub stayed shut for two whole months is a measure of how seriously Covid-19 impacted life in New York – one of the worst-hit US states for coronavirus.

Incredibly, McSorley’s previously stayed open during the American Civil War and also through the Spanish flu pandemic of the early 20th century.

“When John McSorley died in 1910, the bar was shut down for a week. Hurricane Sandy shut the door for a week,” Gregory de la Haba, a bartender and the husband of McSorley’s owner, told Time Out.

“This is unprecedented for sure.”

Now, following the loosening of New York’s stay-home orders,  the historic venue has reopened for business with a new takeout menu, including its two familiar ale options, light or dark, served in to-go growlers that come in a variety of sizes.

The pub will open daily, for the next two weeks, from 1pm to 8pm. 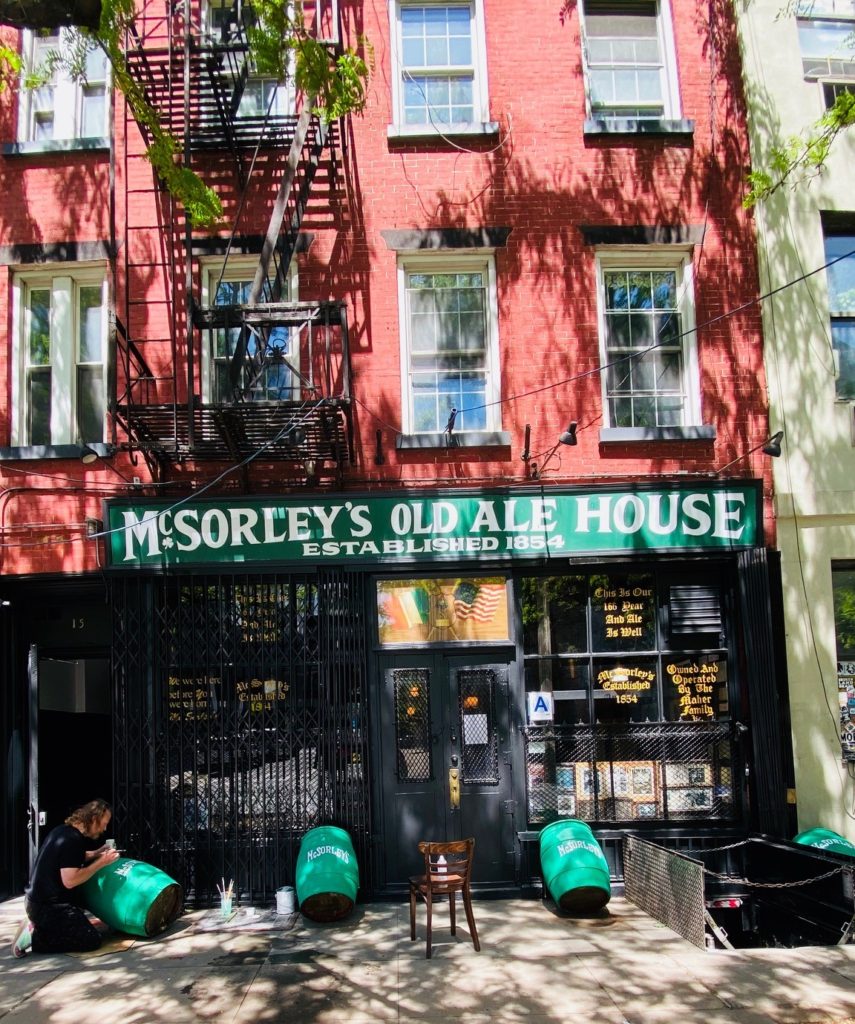 An announcement on Facebook reads: "Everyone at McSorley's wants to get back to work and who are we to stop them.

“We've installed a bunch of hand sanitizer dispensers (even though they don't match the ancient wood), ordered a bunch of growlers and face masks and are ready as well to bring some commercial and social life back to our storied, East 7th street block.

“Hamburgers, Hot Dogs and sandwiches are what’s on the To-Go food menu. And of course, our famous Light or Dark Ale in 12oz cups, or half and full gallon growlers. Stay safe and hope to see you soon.”

While the new-look McSorley’s may differ from the pub that is part and parcel of Irish-American life for many in New York, the owners remain determined to bring the good times back to the Big Apple.

“When you’re born and raised in the city, it’s surreal to see it digressing like it is right now,” de la Haba says.

“I know a lot of bars and restaurants are doing whatever they can to survive.”