At the time, Alan McDonagh was out on bail while under investigation for an earlier fatal collision (Image: GMP)

A DISQUALIFIED driver who killed a friend in a police pursuit in Greater Manchester has been jailed for nine years.

At the time of the incident, Alan McDonagh was on bail after a stolen car he was in was involved in an earlier fatal collision with a pedestrian.

McDonagh's accomplice in the first fatal collision, 32-year-old Patrick Doran of Croxton Avenue, Rochdale was found guilty of vehicle-taking in an aggravated manner causing death and was jailed for five years.

"It is difficult to comprehend the impact of Alan McDonagh's and Patrick Doran's reckless and ultimately fatal actions, as they have destroyed not one but two families' lives," said Sergeant Andrew Page of Greater Manchester Police.

In the first incident, the then 18-year-old McDonagh stole a Skoda Superb from Royle Barn Road in Rochdale on January 5.

The following day, the vehicle was seen with false registration plates, speeding and overtaking other vehicles, moments before it fatally collided with a pedestrian on Milnrow Road in Rochdale.

The 50-year-old man was taken to hospital but sadly died from his injuries days later.

McDonagh and Doran drove away from the scene at high-speed and eventually abandoned the car on Percy Street. 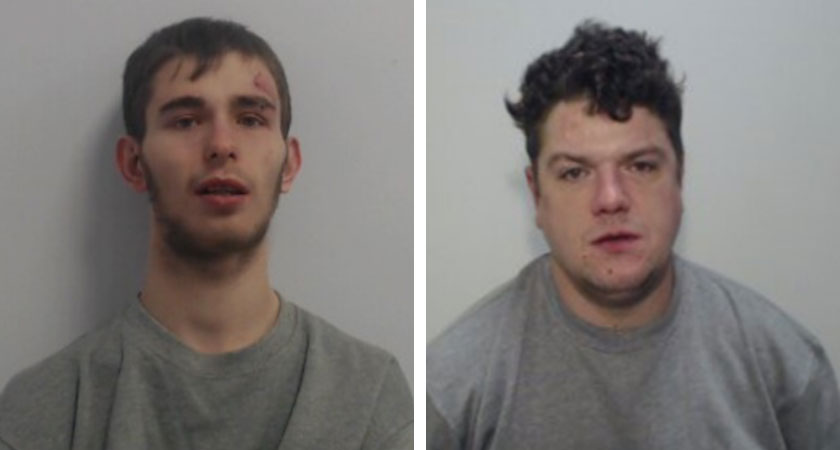 After McDonagh's DNA was found in the vehicle, he was detained and questioned by officers from GMP's Serious Collision Investigation Unit (SCIU), but denied any involvement.

He was released on bail as enquiries continued, however death struck again shortly after.

On the night of March 20, McDonagh had been given permission by his friend to drive his BMW 318 when police spotted it driving suspiciously slow and indicated for it to pull over.

Instead, McDonagh sped off and a short pursuit ensued before he lost control and collided with the central barrier, another car and a building.

Such was the speed the car was travelling at, both McDonagh and his friend were thrown from the vehicle, with the friend later dying in hospital.

"They [McDonagh and Doran] not only showed no regard for anyone but themselves during either incident, but they have since offered nothing in the way of genuine remorse or compassion for their inexcusable actions," said Sergeant Page.

"It's a sad but very real part of our job that we often see the devastating impact of criminally dangerous behaviour on our roads, but these tragic events would largely be avoidable if everyone took extra care for those around them who are also wanting to use our streets safely.

“Offenders like McDonagh and Doran are exactly the reason we are doing so much more proactive work to ensure that Greater Manchester's roads are safer for us all by tackling dangerous, disqualified, uninsured drivers so that fewer families have to receive the most terrible news that their loved one's life has been so cruelly taken away."