THE DEMOCRATIC Unionist Party (DUP) has announced plans to remove the Northern Ireland Protocol from the Brexit Withdrawal Agreement.

The largest unionist party in Northern Ireland, the DUP has vowed to 'unite unionism' in an attempt to trigger Article 16 and remove the customs checks between Northern Ireland and Great Britain.

The Protocol was seen as the only way to avoid a hard border on the island of Ireland, which would have gone against the Good Friday Agreement, but resulted in an invisible border in the Irish Sea.

Customs checks have been introduced in ports in Northern Ireland, including Belfast and Larne, and since Brexit came into effect at the start of January, the north has seen disruption to incoming produce.

Physical checks at ports have been suspended and staff removed following the appearance of threatening graffiti and sinister behaviour, including some graffiti labelling customs staff as 'targets'.

Tensions have been fuelled further by the EU's threat last week to trigger Article 16 of the Protocol in response to an ongoing row over supplies of the Oxford-AstraZeneca Vaccine.

The EU's aim was to prevent Europe-made vaccines from going to countries outside of the Union – including the UK. The trigger of Article 16 was an attempt to ensure the Northern Ireland Protocol is not used as a "back door" to get around these restrictions. 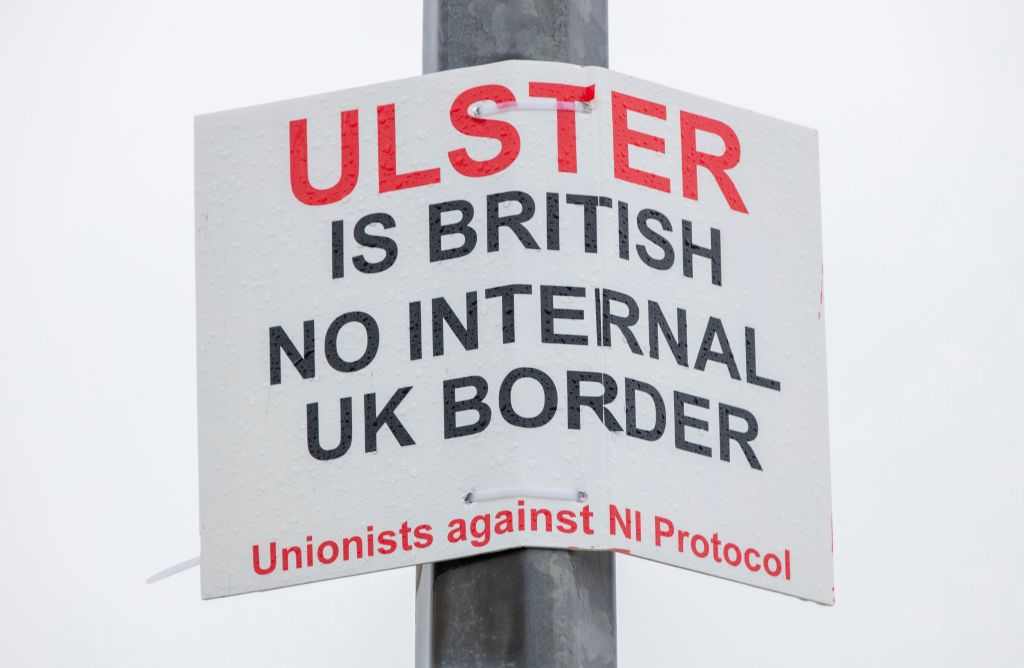 While the EU quickly U-turned on the decision following outrage from Dublin, Belfast and London, the damage had been done-- and now the DUP want the UK to trigger Article 16 to allow them to rejoin unrestricted access to the UK market.

In a statement, the DUP have called for all unionists to unite behind the plans to 'free' them from the Protocol, and have promised to oppose all Protocol-related measures in the NI Assembly.

They will attempt to build support in Westminster for the Protocol to be removed, and will launch a petition titled "Trigger Article 16 – We want unfettered GB-NI Trade”.

The DUP have also warned that North-South relationships will be "impacted" by their move to undermine the Northern Ireland Protocol, and "our members cannot and will not continue to act as though relationships are normal".

While the DUP supported Brexit, they always opposed the Protocol which would prioritise avoiding a hard border on the island of Ireland over a border in the Irish Sea.

They condemned the EU's actions as causing "very significant anger and harm within Northern Ireland" and said the Protocol is causing "real economic and societal difficulties" in the north.

They called on the British Govenrment to "be bold and be prepared to act to bring about outcomes that underpin Northern Ireland’s full place in the most important internal market for us – that of the United Kingdom.

"The Prime Minister must now directly address the people of Northern Ireland on the growing crisis arising from the Protocol."

British Prime Minister Boris Johnson released a public statement on Twitter where he said his commitment to "the people of Northern Ireland and our Union is unshakeable".

Our commitment to the people of Northern Ireland and our Union is unshakeable. Recent EU moves have undermined the Protocol & understandably provoked concern. Let me underline that, now & in the future, Northern Ireland’s place in the UK will be protected and strengthened. 1/2

He promised that "now & in the future, Northern Ireland’s place in the UK will be protected and strengthened", and urged the EU to "resolve outstanding problems with Protocol implementation, so as to preserve the gains of the Belfast Good Friday Agreement & ensure that Northern Ireland benefits from Brexit just like every other part of our United Kingdom".

The DUP leader Arlene Foster is expected to take part in a meeting with Deputy First Minister and Sinn Féin leader in the north, Michelle O'Neill, along with British Cabinet Office Minister Michael Gove, an Europeann Commission Vice-President Maros Sefcovic by video conference.