IN-FIGHTING has erupted within a national teachers’ union after a boss was accused of making ‘anti-Irish’ remarks.

Teacher Rob Harrington tore up his National Union of Teachers membership card after Kent branch secretary John Walder claimed British schools should employ their ‘own people’ rather than the increasing number of Irish teachers filling the roles.

“This guy is supposed to represent all teachers equally and here he is, within his own ranks, drawing a distinction between who is and who is not welcome,” he said.

Following the backlash Mr Walder was quick to clarify his statement, praising Irish people for being “an essential part of our teaching force”, but branding Mr Harrington “an idiot”.

The row comes after revelations by The Irish Post that hundreds of Irish people are coming to find work in British schools every year due to a jobs crisis at home.

Mr Harrington spoke out after Mr Walder encouraged NUT members to strike, claiming Kent’s teacher shortage would worsen due to the many Irish teachers likely to return home once Ireland’s economy improves. 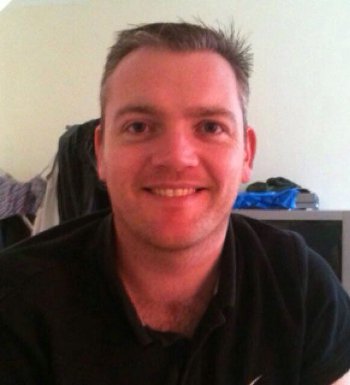 “This puts a negative focus on Irish teachers, the vast majority of whom, from my experience, are very committed and settled in the area,” Mr Harrington complained.

He added that Mr Walder was “generalising massively” and ignoring people such as himself who have been in Britain for over a decade and had set down roots here.

The teacher went on to explain that Mr Walder had previously singled out the Irish as a “subgroup” in the summer.

Then, referring again to Kent’s teacher shortage, the NUT secretary told a local newspaper: “One of the things I’ve noticed is when I go around schools I see Irish number plates into the double digits in the car parks.

“There are schools which are significantly staffed by people from Ireland.

"It’s been going on for a while; teachers are coming from other parts of the world and we get some great people.

“But the fact is that we should be worried – we should staff our schools with our own people.”

Mr Harington said: “If you substitute the word Irish in his comments for virtually any other ethnic minority in the UK, this guy would be in the national media.

“I have had kids on the back of that article mentioning the number of Irish plates in the car park. That directly undermines your standing, as if you are somehow a guest worker. That somehow you are flighty.”

He added: “Those comments have made me feel unwelcome and anxious as to how I am perceived by virtue of my nationality”.

In an interview with The Irish Post, Mr Walder fiercely resisted the criticism.

“This bloke has got it into his head that he is being targeted – he is an idiot,” he said.

“But this is simply a remark about number plates and the number of people who Kent – and the rest of the country – has to rely on simply to fill up the places in their schools, which I think is a scandal.”

He added: “If there is a narrative of ‘us and them’, I regret that. The fact is there is no intention to cause any aggravation or any sense of alienation.

"I am pretty certain that the rest of the things we do as NUT officers and the things I do as an NUT officer does nothing whatsoever to give any Irish person the notion that we think of ‘us and them’.”