MAKE NO mistake about it: Peaky Blinders is one of the biggest TV shows on the planet right now.

Ever since the dramatic conclusion to Season Five, fans have been chomping at the bit to catch up with Tommy Shelby and the rest of the gang.

However, they have been forced to wait a little longer than planned for Season Six which, in perhaps the biggest twist yet, is set to be the show’s last.

So what do know about Peaky Blinders season six and what can we expect?

When did filming start on season six of Peaky Blinders?

It was confirmed in January 2021 that filming had begun on season six of Peaky Blinders which, in a surprise development, was also confirmed as the show’s last.

Despite this, creator Steven Knight teased that the “story will continue in another form” once the series finishes.

“Peaky is back and with a bang,” he said. “After the enforced production delay due to the COVID pandemic, we find the family in extreme jeopardy and the stakes have never been higher.  We believe this will be the best series of all and are sure that our amazing fans will love it. While the TV series will be coming to an end, the story will continue in another form.”

Tommy Bulfin, Executive Producer for the BBC, added: “We are very excited that filming for Peaky Blinders has begun and so grateful to everyone for all their hard work to make it happen. Steve’s scripts for series six are truly remarkable and provide a fitting send-off which we are sure will delight fans.”

When will season six of Peaky Blinder air?

It was initially suggested that Peaky Blinders would return in “maybe early 2021” however Anthony Byrne suggested otherwise in an interview with Digital Spy in which he hinted at a late 2021 or early 2022 release.

Is there a trailer for the new series of Peaky Blinders?

No but director Anthony Byrne did share photos from the set of the newly renovated Garrison pub.

In March 2020, amid the coronavirus shutdown, the show’s director, Anthony Byrne, shared a selection of photographs from the newly renovated Garrison pub on social media.

“Hello to all you Peaky’s out there. As all the pubs are shut and you are all hopefully staying at home and washing your hands,” a post on the Peaky Blinders official Instagram page reads.

“I wanted to share something with you all. Here is a sneak peek at the new Garrison pub. I want to point out that it was almost finished and is lit in these images by work lights and not by our amazing cinematographer, Mathieu Plainfosse.”

In the wake of the confirmation that production was restarting in January 2021, a picture was also posted showing Cillian Murphy on set wearing a mask.

What is the plot be of Peaky Blinders season six?

Thank you for watching. All episodes of #PeakyBlinders Series 1-5 available now on @bbciplayer: https://t.co/GBT4N6EhRv pic.twitter.com/VTDIAC8imH

There is much to resolve following the conclusion of season five, which saw Tommy angrily dismiss Michael’s proposal to hand the running of the opium business to a “new generation”.

Tom Hardy’s character Alfie Solomons rose from the dead and the Shelby’s plot to assassinate Oswald Mosely failed. That pushed Tommy close to the edge with the series ending with Murphy’s character walking off into the fog and the unknown.

While it’s highly likely he survived and recovered from that setback, questions still remain over the motives of Solomons and possibly even Michael.

Billy Grade spoke to a mystery individual over the phone – could he have been involved. While it remains to be seen as to whether Mosley returns for this final series – the real-life Mosley did live on until 1980.

While Hardy is expected to return in some form alongside the majority of the principality cast – minus Abarama Gold who died on the show – the biggest bit of casting news is that This Is England star Stephen Graham has joined the cast, according to The Sun.

He told the Pound for Pound podcast: “I was supposed to be starting Peaky Blinders but that has been put on hold indefinitely.

“Luckily I was in a really good position where I was going to go from job to job for the next three years.

“My agent spent a lot of time putting that together – and obviously the rug just got pulled from under our feet.” 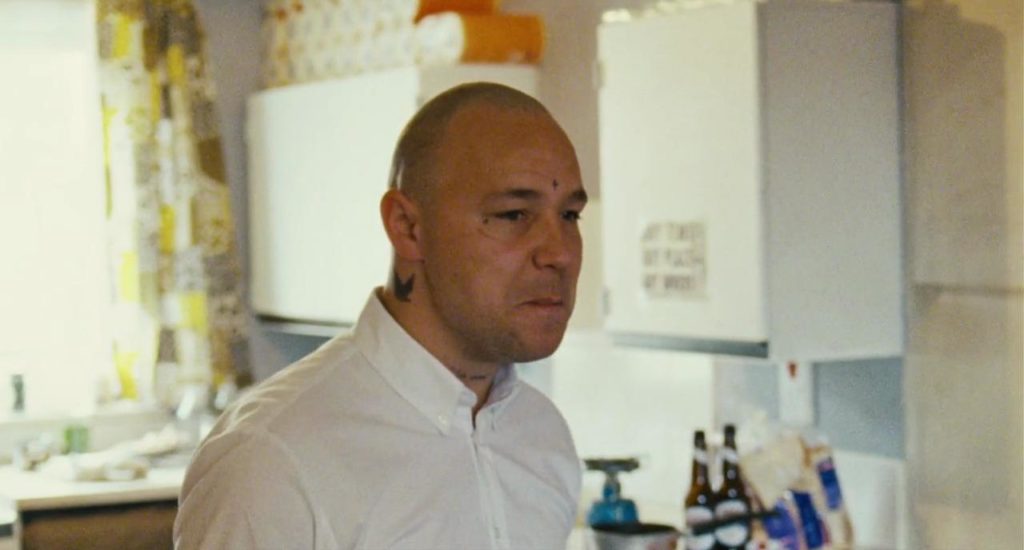 Stephen Graham in This Is England (Image: Channel 4).

Leaked photos also suggest Kate Phillips’ Linda Shelby survived the end of season five when she was shot. Otherwise, Knight has yet to confirm what fans can expect from the final series, other than to confirm it takes place in the years running up the Second World War.

What channel or subscription service will Peaky Blinders season six air on?

Peaky Blinders season six will debut on BBC One before appearing on Netflix several months after the initial broadcast of the series in the UK. Episodes will also be available to watch on iPlayer during that first TV broadcast.