A PENGUIN CHICK at London's Sea Life Centre will not be assigned a gender, making it the first gender-neutral animal in the aquarium's history.

Staff have taken the decision not to describe the Gentoo penguin as either male or female because they say gender is more of a human construct.

Some experts argue that this is normal for penguins, as they don't show any signs of behaviour typical to a specific gender until they reach adulthood.

"Gender neutrality in humans has only recently become a widespread topic of conversation, however, it is completely natural for penguins to develop genderless identities as they grow into mature adults," said Graham McGrath, general manager at Sea Life London Aquarium. 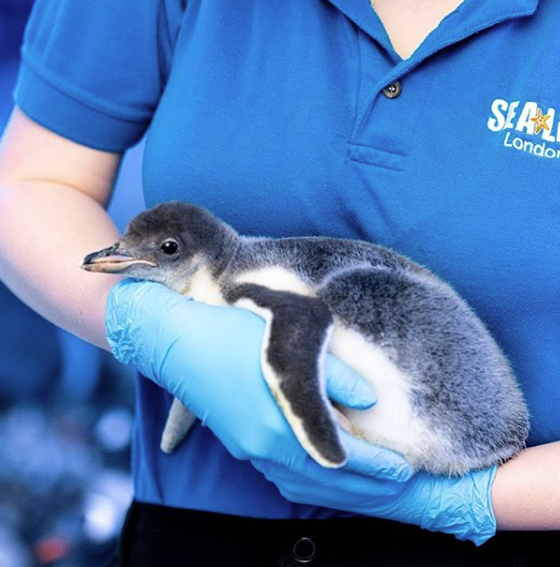 The four-month-old chick has been adopted by a same-sex couple, Rocky and Marama, after the two males showed they were ready to look after an egg of their own.

"What makes us really proud at the aquarium is the success of Sea Life London’s Gentoo breeding programme and the amazing job of same sex penguins Rocky and Marama who took the chick under their wing and raised it as their own," added Mr McGrath.

Initially, the egg was one of two born to the birth mother, but staff at the aquarium decided to move the egg to relieve the mother of the pressure of raising two chicks, as penguins typically only raise one at a time.

The young penguin is now doing very well and has already fledged its nest and moulted its baby feathers to become another penguin in the colony.

It will now be studied extensively and can be identified by a purple tag on its wing.