Pensioner, 78, released on bail day after 'stabbing burglar to death' in his own home

A PENSIONER arrested on suspicion of murdering a burglar at his London home has been released on bail.

The homeowner, named as 78-year-old Richard Osborn-Brooks, has been bailed until May pending further enquiries, the Metropolitan Police said.

The break-in occurred at around 12.45am on Wednesday morning when Mr Osborn-Brooks discovered two intruders inside his house on South Park Crescent, Hither Green.

One of the suspects, aged 38, was stabbed by his own screwdriver during a scuffle with the pensioner in his kitchen.

The man, who later died in hospital at 3.40am, had an accomplice who dragged him towards a van before leaving him for dead, according to witnesses.

One eyewitness, who lives in the road, said he saw the dead man's accomplice flee the scene. 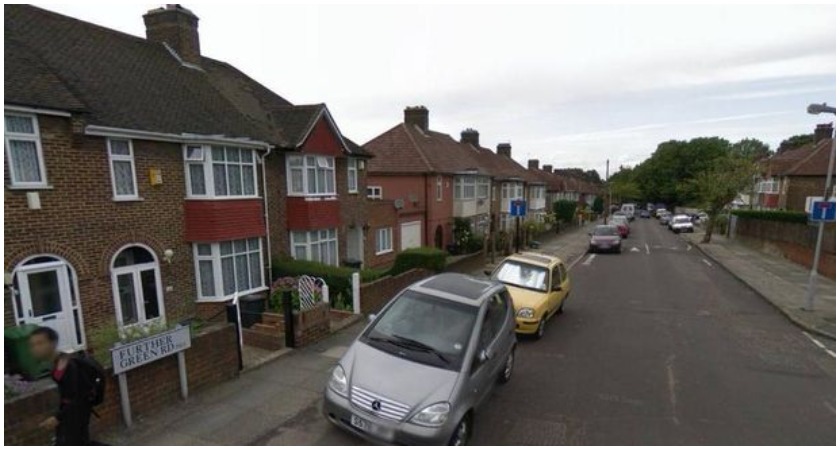 The scene of the burglary on South Park Crescent in Hither Green (Image: Google Maps)

He told PA: "I went to bed at a quarter to 12, but before I got to sleep, my partner and I heard a man on the street moaning and groaning only metres away.

"At first I thought he was drunk, but when I looked out of the window, I saw a white Vauxhall Astra van pulled up beside him.

"A black man was saying to the guy on the ground 'come on, get in the van'. He was trying to drag him but it wasn't working.

"The black guy then looked up to my window and saw me looking out, so he ran back into the van and drove off north.

"My wife then heard the clang of metal on the ground and saw him throw something out of the van's window.

"I went downstairs straight away and was the first on the scene.

"The man on the ground was white and was bleeding heavily from his chest through his shirt."

The witness said the wound was "an inch long" and he believed it was a knife injury. 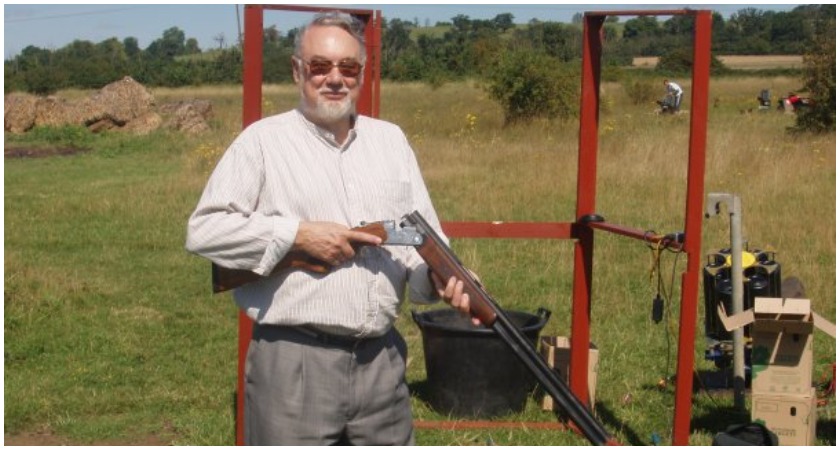 He added: "The man on the ground was wearing a blue t-shirt and it was pulled up. I think he was dead already. His pupils were completely dilated.

"There was another young man on the scene quickly and he phoned the police straight away.

"They came within minutes and so did the ambulance. The paramedics tried to resuscitate him for 20 minutes, but he was dead I'm sure."

A large purple forensic tent was erected by the front door.

The dead suspect’s next of kin have been informed. A post-mortem examination will be carried out in "due course", Scotland Yard said.

Another neighbour explained that Mr Osborn-Brooks had been retired for many years.

"He's been retired for 26 years. I did some building work on his house a while ago, but I haven't seen him for about three weeks," they said.

A third local resident, Adam Lake, said the pensioner should not be punished for defending his life.

"The neighbours that I've spoken to all agree that the priority needs to be to support him after everything that he's been through," said Mr Lake.

"He doesn't deserve to be punished for defending himself.

"He was just protecting himself after all."

Anyone with information is asked to contact police on 101 or Crimestoppers anonymously on 0800 555 111.