PIERCE BROSNAN has lifted the lid on the circumstances that saw him land the part of James Bond – eight years after he was originally offered it.

Brosnan became the first Irishman to play 007 in 1995’s Goldeneye, following on from a Scotsman (Sean Connery) and a Welshman (Timothy Dalton) who had both previously played the part.

Speaking in an interview with Phil Hoad for The Guardian, the County Louth actor recalled his first encounter with 007 when he was taken to see Goldfinger a boy in London. “In Ireland, I had been brought up on a diet of Old Mother Riley and Norman Wisdom, so it was a bedazzling moment, seeing this lady covered in gold paint,” he said.

Even so, Brosnan says he never had “any aspirations to be James Bond”. That all changed in 1986 when Brosnan, then a rising star on the hit TV series Remington Steele, was offered the role of 007 for The Living Daylights.

“I’d done all the photos with the iconic gun pose and my late wife and I were about to toast our new life with a bottle of Cristal when my agent called and said: “It’s fallen through.” It was because I couldn’t get out of Remington Steele.” Unlike any other actor before or since, Brosnan would get another bite at the cherry when Timothy Dalton, the man drafted in in his place, walked away from the franchise in 1994.

“I heard rumblings that the part was available but ignored them because I didn’t want to put myself back in that emotional vortex. Then I met the producers Cubby and Barbara Broccoli and, a week later, they called and said: “You’re in.” Brosnan describes the part of James Bond as “a demanding role, physically and emotionally.”

In terms of the physical demands, Brosnan and co-star Famke Janssen, who played GoldenEye henchwoman Xenia Onatopp were put through their paces in the film’s famous bathhouse fight, which was filmed using a specially padded set.

Brosnan still ranks the film’s final fight with Sean Bean’s villain Alec Trevelyan over the film’s giant radio telescope as the most brutal with the pair spending six weeks putting together the sequence with a stunt co-ordinator, often during lunch breaks and after hours.

The mental strain was just as intense too, with the Irishman describing the film’s success – it made $355 million off a budget of $60 million – as a “great relief” rather than anything more. Much of that had to do with the pressure and expectation attached to an iconic role made famous by the likes of Connery and Roger Moore.

Brosnan knew his performance and how he approached the role of 007 would be under the microscope. “Carrying myself as Bond was as much a mental as a physical thing,” he says. “You have to hold the stage. You go in to win, full tilt to the finish line.”

“I leant towards Sean’s style, but I couldn’t deny Roger because GoldenEye was in the tongue-in-cheek style people had become used to,” Brosnan said. 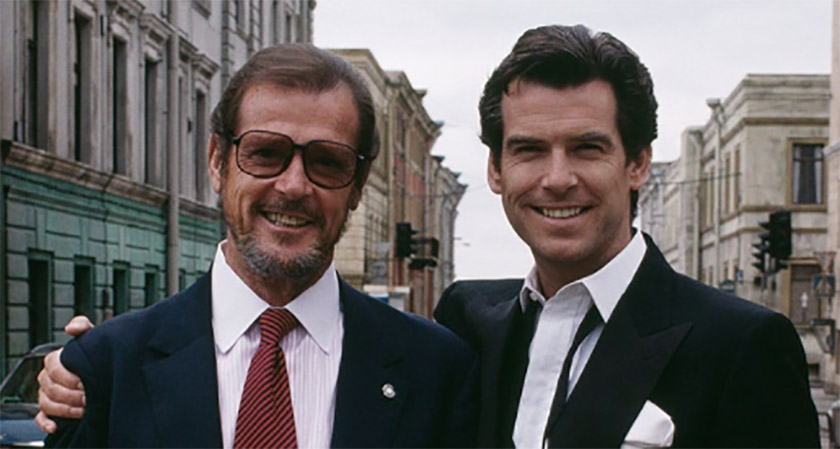 Despite the blood, sweat and tears that went into one remains one of the most popular James Bond outings of modern times, the Drogheda star is still able to look back and laugh at landing a role coveted by British actors the world over.

“It was a great irony playing a British cultural icon as an Irishman,” he tells The Guardian. “I had a quiet chuckle to myself.”