PIERS MORGAN has opened up about his ongoing “beef” with Sir Van Morrison.

The outspoken TV presenter and former newspaper editor lifted the lid on the ongoing conflict in his Mail on Sunday column.

Reflecting on his ongoing feuds with the likes of Hugh Grant and Steve Coogan, Morgan expressed his desire to make peace with Van Morrison over Irish coffees in Belfast.

Born Piers Stefan O'Meara to an Irish father and English mother, the former Good Morning Britain host acknowledged he had “got a beef with Van Morrison” but it was “killing” him.

“I’m a huge fan of Ireland’s greatest singer-songwriter, notwithstanding his recent daft outburst when he said scientists have invented ‘crooked facts’ about Covid-19 to ‘enslave the population’,” he wrote.

The veteran singer-songwriter sparked controversy during the pandemic after writing and recording a series of anti-lockdown songs alongside fellow musicians like Eric Clapton.

Van Morrison stoked further controversy after telling the public to “fight the pseudoscience” around Covid-19.

He went on to release a series of controversial tracks with titles like Born To Be Free, As I Walked Out, and No More Lockdown, which were notable for containing lyrics like: “No more government overreach/No more fascist bullies/Disturbing our peace”.

His remarks drew widespread criticism and even calls in some circles for his Freedom of Belfast to be taken away.

The Brown Eyed Girl performer spoke up about his issues with Morgan during an interview with GQ magazine earlier this month.

“I remember going to the GQ Awards one year, and I didn’t know what to make of it because Piers Morgan was glaring at me all night and then he wrote something [saying] that I was glaring at him,” he said.

"He’s an advocate for freedom of speech, but he’s obviously not very accepting of mine. I certainly wasn’t scared of him, but I thought it was quite amusing.” 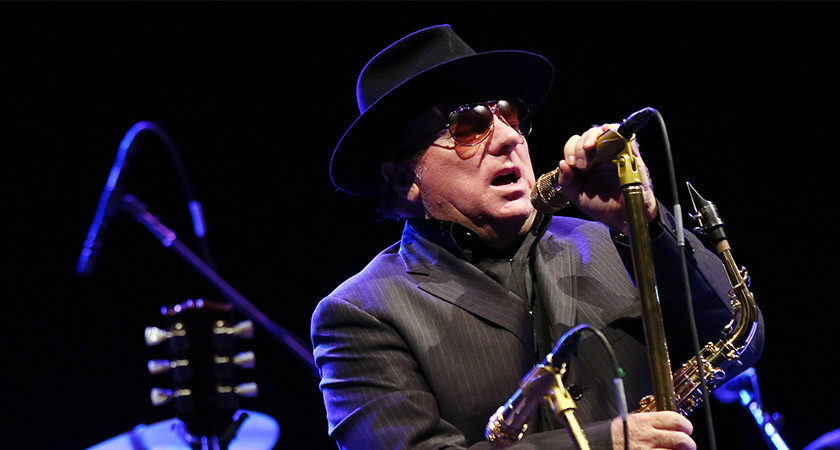 Van Morrison [Source: Getty/Thomas Samson]
Responding to the claims in his latest column, Morgan insisted the incident was an “unfortunate misunderstanding”.

He wrote: “I had no idea what he was talking about, until I found this 2014 diary entry from the night: ‘Van Morrison, whose face doesn’t move from a permanent sullen scowl, made the best speech.

"Very short, ending with, ‘I don’t often come out of my shell like this, and now I’m going straight back into it again.’

“Nothing there reflects Morrison’s very negative memory; yes, I noted his trademark curmudgeonly demeanour, but I didn’t menacingly stare him out like Don Corleone, and in
fact, far from disliking his speech, I complimented him on it.”

“I buried the hatchet with Clarkson over a gallon of alcohol in my local pub. (With Grant and Coogan, I’d rather bury it over their supercilious skulls.),” he wrote.

“But Morrison’s now teetotal, so maybe we could do a virgin Irish coffee peace summit in his native Belfast or something.