THE sister of an Irishman who has been missing for 25 years made an emotional plea for his return on the anniversary of the day he was last seen.

Michael Farrell was last seen on board the ferry from Rosslare in Co. Wexford to Pembroke in Wales on September 19, 1994.

Aged 31 at the time, he was married with three children.

The Dubliner, who was employed as the cinema manager on the ferry, was seen at around 10.30pm that evening by a crew member who said he was heading towards his cabin in the bottom of the ship.

As the 25th anniversary of his disappearance falls, it has been revealed that police are following up new lines of enquiry regarding Michael’s case.

His sister Mary Ramsay, who lives in Dublin, is hopeful that with the amount of time now passed he may feel able to contact his relatives – or indeed come home.

“His beautiful granddaughter Hannah is now 16, and he has nieces and nephews that would love to know him,” she said.

“His friends all still talk about him fondly and ask if we ever heard anything of him.

“Both our parents are still alive and we would all love to hear from him. I know Michael had a close relationship with our parents. They still live in the same house and have the same phone number.

“We would also like to make him aware of a death in the family,” she said.

In a direct appeal to her brother, Mary added: “It’s okay to come home, or to get in touch." 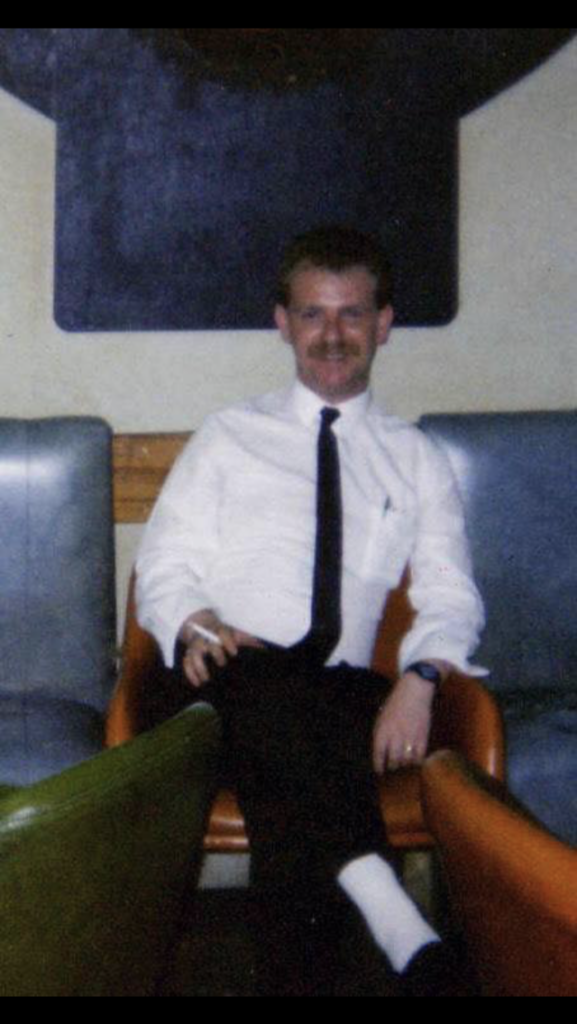 Hoping to jog the memories of anyone who may have seen Michael, Mary has released a previously unseen picture of her brother - adding that he has tattoos on his arms and a small stud earring in his left ear.

Michael is described as white, 5 ft 6 ins tall, of medium build with blue eyes, short sandy hair and a moustache, with a strong Dublin accent.

“Michael loves to laugh and has a great sense of humour, he loves music of all kinds,” Mary explained.

“He is a very gentle nature and had a lot of friends. He loves to look good and always looked after his appearance, and he wears a small earring in his left ear and smokes a lot of cigarettes.”

“We miss him greatly,” Mary added.

“If anyone knows what happened or where he went but was afraid to speak up at that time, they can do so now confidentially.”

If anyone has seen Michael, they should contact Missing People anonymously by calling 116 000 or by emailing [email protected].