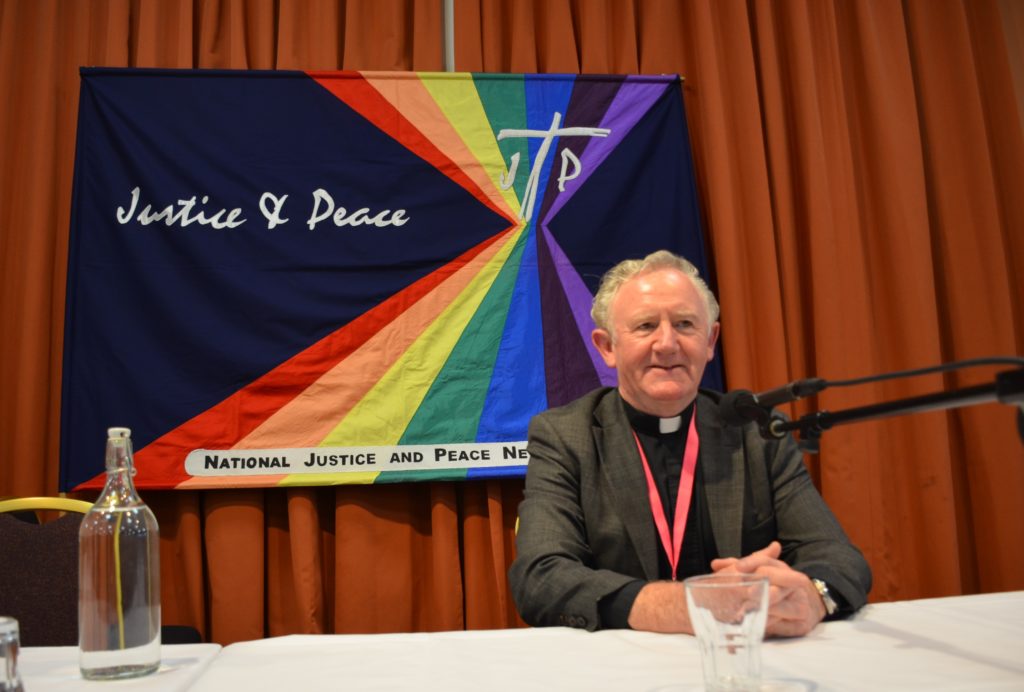 The Hayes Conference Centre near Swanwick in Derbyshire, Conference Centre was the venue for the 44th Justice and Peace Annual Conference. Inter-denominational Christian social action groups from round the UK gathered to discuss ‘Hope, a verb with its sleeves rolled up.’

The keynote speeches were from Dubliner and former diplomat Philip McDonagh (brother of former Irish ambassador to the UK Bobby McDonagh) and Roscommon-born Father Patrick Devine — SMA priest and founder of Shalom Centre for Conflict Resolution and Reconciliation, Africa.

In their wide-ranging presentations, both referenced the Troubles as a conflict whose resolution held valuable lessons. But they had both considered many other conflicts.

From his experience in Africa, Father Patrick told the conference how conflicts and especially violent ones are insidious — they proceed in a gradual, subtle way but their overall effect is dreadfully harmful, lasting for generations. “Conflict has a memory that is resilient, robust and trans-generational,” he said, “one that is anchored in culture and frequently contaminated and distorted by erroneous historical narratives and media reporting.”

Fr Devine spoke of dramatic, life-changing results in the areas of conflict transformation, peace education and poverty alleviation. His organisation and center Shalom researches root causes of inter-ethnic conflicts, trains local peace-builders, organises workshops to facilitate resolution and reconciliation processes between factions, and develops inter-ethnic and inter-religious schools. “Theory without practice is empty and practice without theory is blind,” he said

Philip McDonagh explored the meaning of hope, drawing on Pope Benedict’s encyclical Spe Salvi, especially the statement that “all serious and upright conduct is hope in action.” Mr McDonagh said “we should ‘image’ or visualise peace as the rightful possession of the human community as a whole,” despite current global conflicts, and “through developing a culture of dialogue or encounter in national, regional, and global politics we can transform our understanding of effective action and create the conditions for a different kind of civilisation.” He believes that constant demonising of Russia in relation to the illegal invasion of Ukraine must be tempered, explaining that our hope and aim must be “to achieve peace for independent states”.

Mr McDonagh said, “The National Peace and Justice Network is living proof that individual interventions in the name of justice and mercy reinforce one another and can support wider social objectives as well.” He pointed to the United Nations Sustainable Development Goals (SDGs) as already providing a common plan for humanity and called for consultative processes to include representatives of religion to underpin their implementation.