Revealed: The food from home that Irish people abroad miss the most

IRISH people living overseas have revealed the food they miss the most.

Tayto crisps was named the food from home most craved by the Irish abroad, according to the fourth annual Diaspora Decides study, which was undertaken in conjunction with Checkout magazine. 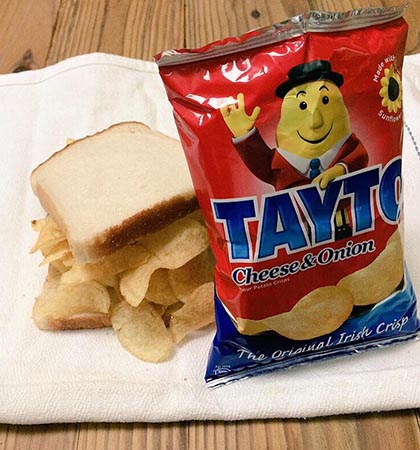 The survey, by Behaviour & Attitudes, revealed that almost six-in-10 (59 per cent) of the 342 people questioned missed Tayto crisps while overseas, while 38 per cent said that they missed the the savoury snack  “a lot.”

Cadbury chocolate was a close second – also missed by 59 per cent of Irish abroad – but missed “a lot” by a fewer 35 per cent.

Editor at Checkout, Jenny Whelan, said that Irish consumers are known to be brand loyal, and emigration doesn’t appear to change that.

“I have no doubt that in the run up to Christmas, plenty of the products featuring in our study will be making their way to loved ones across the globe, so that even those who can’t make it back for the festivities can get a little taste of home,” she said.

The survey also asked which product categories the Irish overseas felt were of a superior quality in Ireland, and which categories were of higher quality elsewhere.

A total of 68 per cent of people felt that stout and pre-packed bacon were superior in Ireland.

A further 66 per cent believed meat, butter and milk was worse abroad.

The only food item believed to be better in other countries was fruit, which just over half (51 per cent) of people said was better overseas.

Most missed food from home when the Irish are abroad: 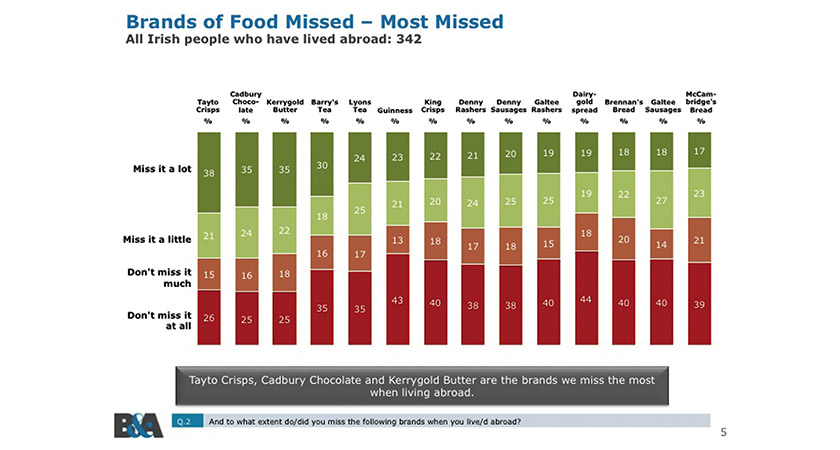