During his lifetime, Eddie collaborated with a string of iconic artists including Jimi Hendrix and Michael Jackson.

He famously played the iconic solo riff from Jackson’s 1982 anthem Beat It - legend has it that he performed it in just one take.

While Van Halen had been battling throat cancer on and off for much of the past decade, his condition deteriorated significantly in the past 72 hours.

According to TMZ, doctors discovered his cancer had spread to several other vital organs including his brain. 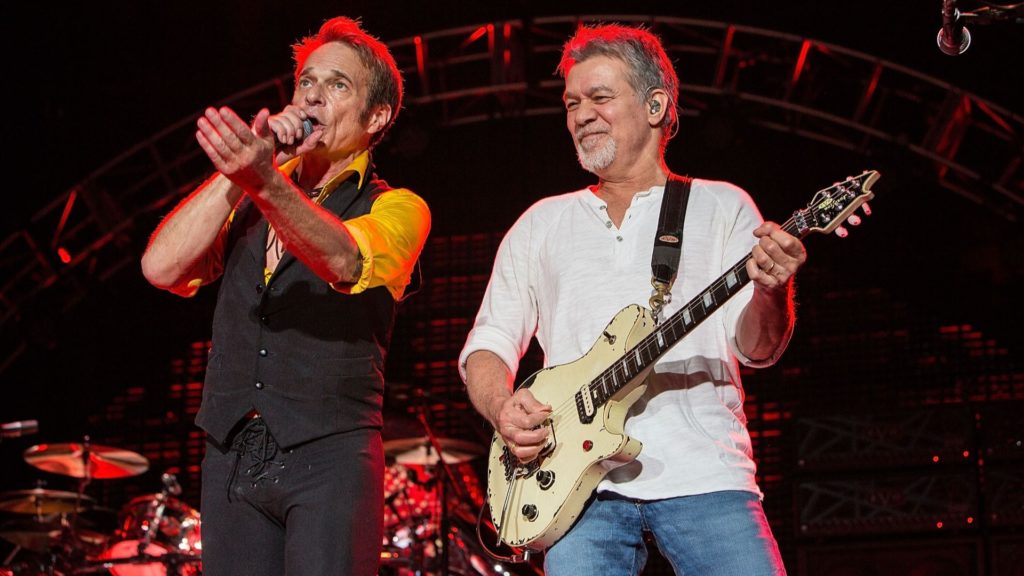 Eddie passed away at St Johns Hospital in Santa Monica, surrounding by his wife Janie, son Wolfgang and his brother and bandmate Alex.

Wolfgang confirmed the sad news in a statement issued on Twitter.

"I can't believe I'm having to write this, but my father Edward Lodewijk Van Halen, has lost his long and arduous battle with cancer this morning,” he said.

"He was the best father I could ever ask for. Every moment I've shared with him on and off stage was a gift.

"My heart is broken and I don't think I'll ever fully recover from this loss.

Though he was a heavy smoker, Van Halen is said to have developed throat cancer as a result of his penchant for using a metal guitar pick, which he frequently put in his mouth.

The Rock and Roll Hall of Famer has spent the past five years undergoing raditation treatment for his cancer.

Best remembered for iconic albums like 1984, Van Halen had been secretly battling the illness since as far back as the turn of the millennium.

Despite undergoing surgery in 2000 as part of a procedure that saw a third of his tongue removed, he continued to perform and was even declared cancer free in 2002.

Eddie former Van Halen with his brother Alex and his friends Michael Anthony and David Lee Roth back in 1972.

The Van Halen line-up changed in the years that followed with Sammy Hagar later replacing the outgoing Roth, with the band releasing a total of 12 albums.

Tributes have flooded in following the influential guitarist’s passing.

As news of Eddie's death broke, tributes began to pour in from the entertainment industry, with many fellow guitarists paying respect to their music icon.

KISS star Gene Simmons was among the first to pay his respects.

He wrote: “My heart is broken. Eddie was not only a Guitar God, but a genuinely beautiful soul. Rest in peace, Eddie!”

Black Sabbath founder Geezer Bulter spoke in glowing terms about the guitarist: “Just when I thought 2020 couldn't get any worse, I hear Eddie Van Halen has passed.

“So shocking- One of the nicest, down to Earth men I have ever met and toured with.

“A true gent and true genius. RIP. So sad.Thoughts go out to his brother Alex, and his family.”

Heartbroken and speechless. My love to the family. pic.twitter.com/MQMueMF2XO

“I hope you jam with Jimi tonight. Break through to the other side my brother.”

His Van Halen bandmate Roth posted a picture of the pair together, writing: “What a Long Great Trip It’s Been.”

What a Long Great Trip It’s Been.. pic.twitter.com/M5pmkVi7hW

His replacement, Hagar, meanwhile wrote: “Heartbroken and speechless. My love to the family.”

Aerosmith’s Steven Tyler described Van Halen as a “game changer” while Lenny Kravitz summed up the sentiment of many, writing: “Heaven will be electric tonight.”