RTÉ RADIO will proceed with plans to axe its longwave 252 service next year, it has been confirmed.

A spokesperson for the national broadcaster confirmed the closure will take place in 2017 but that it would “explore possible ways forward” to maintain links with the Irish community across Britain, many of whom rely on the service.

Today's announcement comes despite efforts by the Irish community to stop, or at least further delay, the closure.

It is a disappointing blow to those who have been vocal in their opposition to the plans.

Manchester resident Myra Butler, who has been a leading campaigner to save longwave 252, told The Irish Post: “We’re still not going to give in. It’s so important to the generation that’s left.”

But the broadcaster has made it intentions clear on the future of RTÉ Radio 1 on longwave, stating: “RTÉ has announced its intention to close this service in 2017.

“While this is principally an operational matter for RTÉ, we are working with a consultative steering group, including the Department of Foreign Affairs and Trade and representatives of the Irish community in Britain, to explore possible ways forward in the context of maintaining the link with our UK audiences.”

“We do not anticipate any revision of our position without the involvement of the consultative group,” it added. 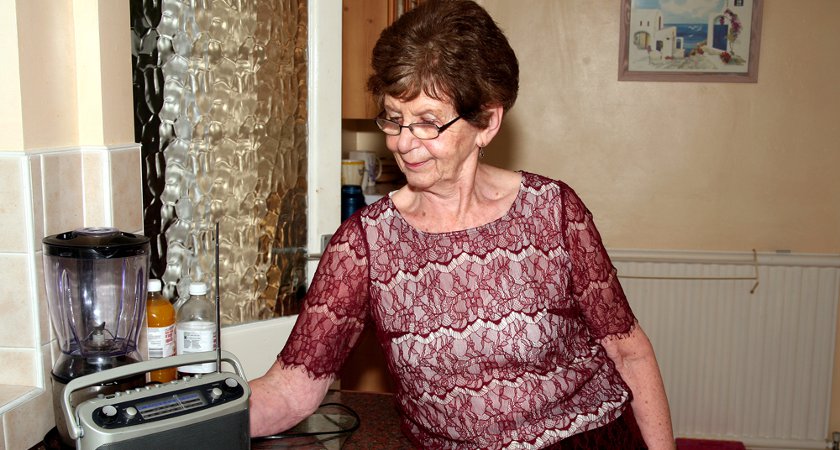 Myra Butler is a leading campaigner for the retention of the longwave service. (Picture: Danny Claffey)

Ms Butler represents numerous Irish elder groups across Britain who signed up to the Save our Service campaign, which was launched when RTÉ first announced their plans to close the longwave 252 service in 2014.

The backlash from the community at the time forced RTÉ to postpone their intended January 2015 closure until 2017 to allow them time to research the impact the closure would have on listeners located outside of Ireland.

Listeners across Britain have since been battling to stop the Irish broadcaster from scrapping the service, which costs them €250,000 a year to maintain.

RTÉ has consistently argued that better use could be made of the money and that listeners should consider other options, such as internet and satellite receivers, to tune in to their favourite shows.

Despite undertaking a survey of almost 3,000 longwave 252 listeners in Britain last year, in conjunction with Middlesex University London and the Irish in Britain charity, the broadcaster will now go ahead with the move.

The survey had revealed that the service was a vital “lifeline” for many elderly listeners, and an important link to their homeland.

“We all understand technology has to move on,” Ms Butler said, “but there’s still a niche for this. They talk about €250,000 but I’m sure everyone over here would be prepared to pay what is a nominal fee to access RTÉ this way."

Regarding the older community she represents, she added: “Imagine being in a room on your own 24 hours a day, seven days a week.

"Longwave is such a companion to them. Even if they just let us have it for a few more years just to see this generation through.”

The Irish in Britain organisation, which helped facilitate the RTÉ survey, today said that they would be meeting with the consultative steering group in the next few weeks to discuss the next steps for the campaign to save longwave.

Chief Executive Peter McNulty told The Irish Post: “We will be sitting down with the consultative group to review the situation and discuss the research to see how we can move forward.

“The research is very clear that there is a demand for this type of service from the Irish community here in Britain. That link with home is very important.”

RTÉ would not reveal when in 2017 they plan to close the longwave service.

By: Delilah Kealy-Roberts  -  7 hours ago