Ireland’s 2021 international season draws to a close at Aviva Stadium this weekend as Andy Farrell‘s side complete the Vodafone Summer Series with a Saturday Night Test against USA Eagles (Kick-off 7.15pm).

Following on from last week’s win over Japan, 6,000 supporters will be back at Aviva Stadium as Ireland bid to finish the campaign with a flourish and record a fifth straight Test win. It promises to be a special occasion as eight uncapped players are included in Farrell’s Match Day 23.

Included in the Official Match Programme is an interview with Ireland Captain James Ryan and Assistant Coach Mike Catt, and all the content you need to whet the appetite ahead of the game. 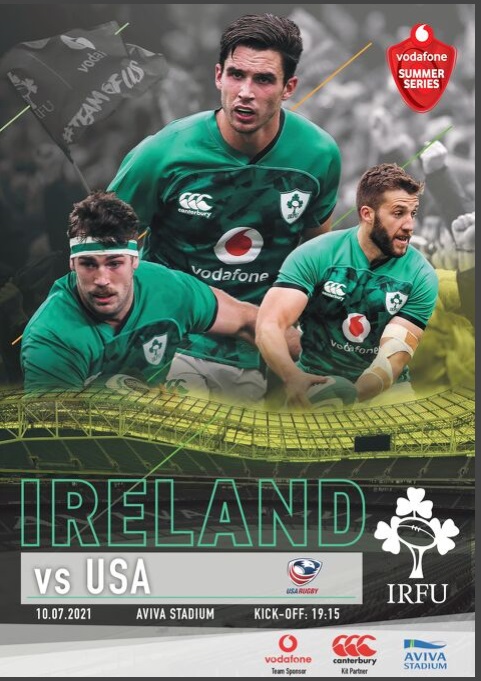 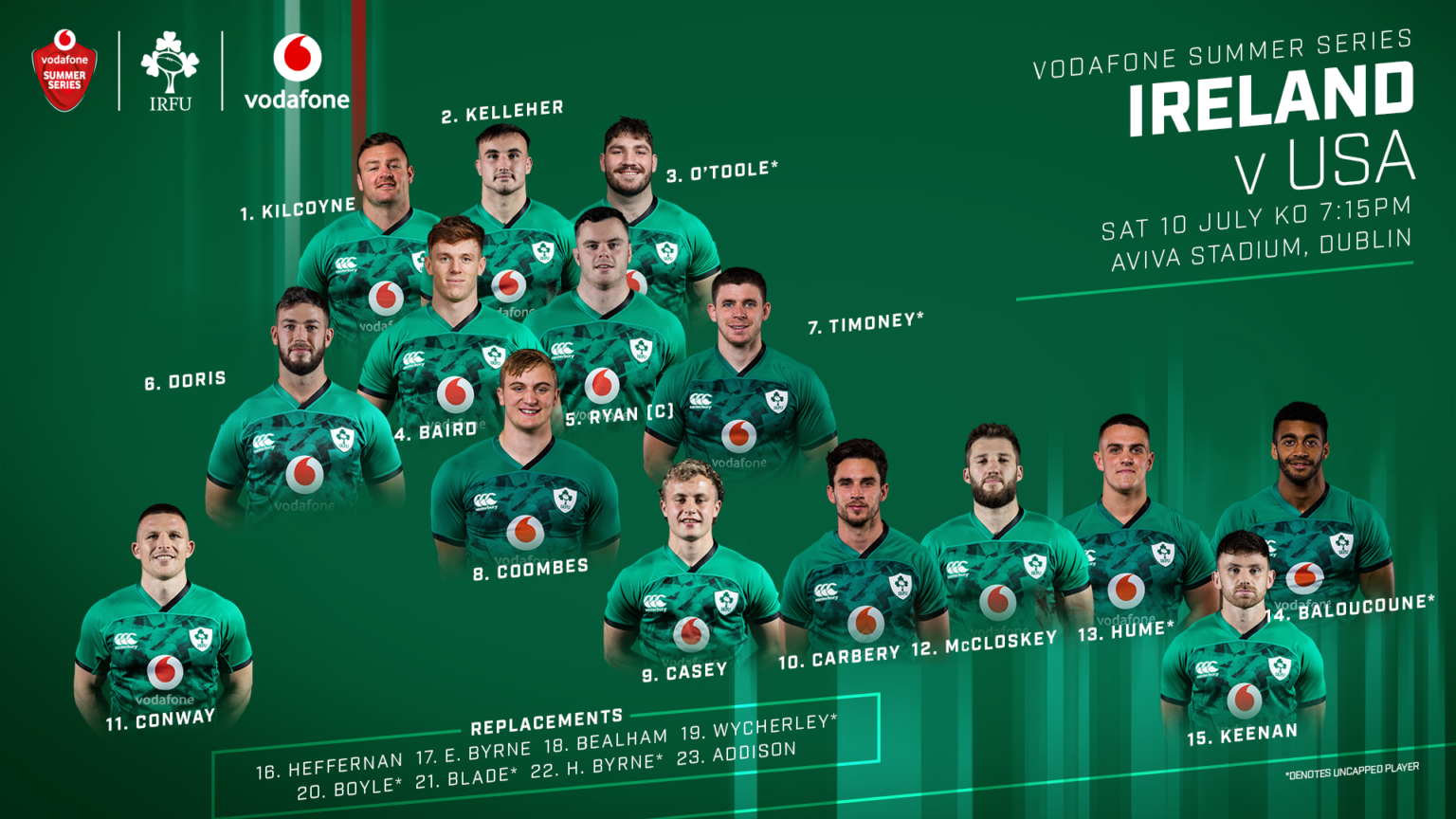 The Ireland team to play USA in the Vodafone Summer Series

Andy Farrell and his coaching team have named the Ireland side to face the USA at the Aviva Stadium in the final fixture of the Vodafone Summer Series. There are four new caps in the starting XV and a further four uncapped players in the replacements.

James Ryan wears the captain’s armband and is partnered in the second row by Ryan Baird who wins his 5th cap in his first start for Ireland. In the backrow Caelan Doris switches to the blindside flank to accommodate Gavin Coombes at No.8 with the uncapped Nick Timoney lining out at openside.

In the front row Tom O’Toole is set to make his international debut alongside Ronan Kelleher and Dave Kilcoyne.

Craig Casey will make his first start for Ireland and will partner his provincial colleague Joey Carbery at half-back. Stuart McCloskey retains the inside centre berth and is joined by fellow Ulsterman, debutant James Hume (pictured above).  Hugo Keenan starts his 13th consecutive game for Ireland and is supported in the back field by Andrew Conway and the uncapped Robert Baloucoune.Ireland

The match will be televised by RTE (ROI) and on Channel 4’s YouTube channel (UK & NI) and kicks off at 7.15pm.