A RYANAIR flight had to be diverted after a violent confrontation between two male passengers caused "absolute chaos" on board.

Flight FR 655, from Glasgow Prestwick to Malaga, was forced to land early at Madrid-Barajas Adolfo Suárez Airport in the Spanish capital following the incident last night.

The fight reportedly broke out after a "drunk" man began pestering women in a hen party mid-flight.

He was later arrested in Madrid after being restrained by cabin crew and passengers who "strapped" him into a jump seat.

One passenger told the Glasgow Evening Times: "Two men were trading punches in a full fist fight in the aisle. The cabin crew had to ask the passengers for help.

"I got up with others to try and restrain them. The back of the plane was in absolute chaos. One drunk man was still causing a scene and resisting 20 minutes later.

"Then the captain announced we are diverting to Madrid. The Spanish police arrived on board and took the man and a woman he was with off the plane." 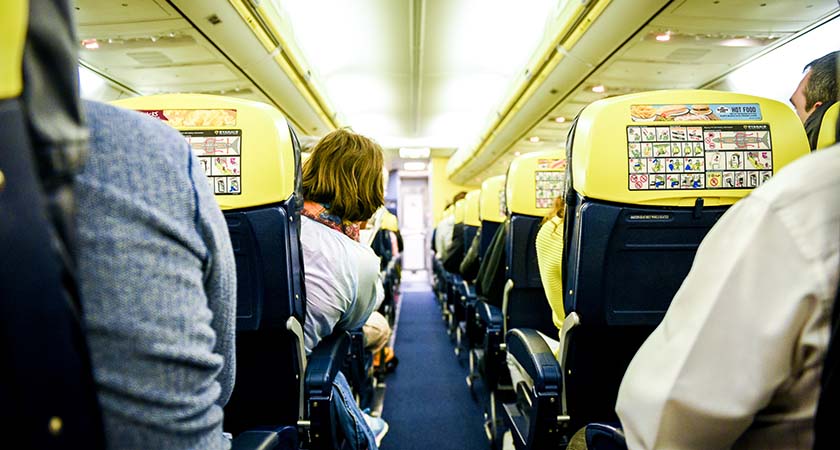 Another passenger said that while she didn't know why the fight had started, the men involved were "definitely drunk".

She added that the air hostesses were shouting for help over the PA system, before one of the men involved was "restrained" and "strapped into the seat the stewards sit in" at the back of the plane.

"There were two males, separate parties at the back of the plane," she told the same paper.

"There was a hen party around them so as soon as the fight started they were screaming."

Ryanair flight FR 655 departed Glasgow at 6.12pm and was due to arrive in Malaga at around 10pm.

The service continued on to Malaga after the disruptive passenger was arrested and finally arrived to its destination shortly after 12.30am this morning. 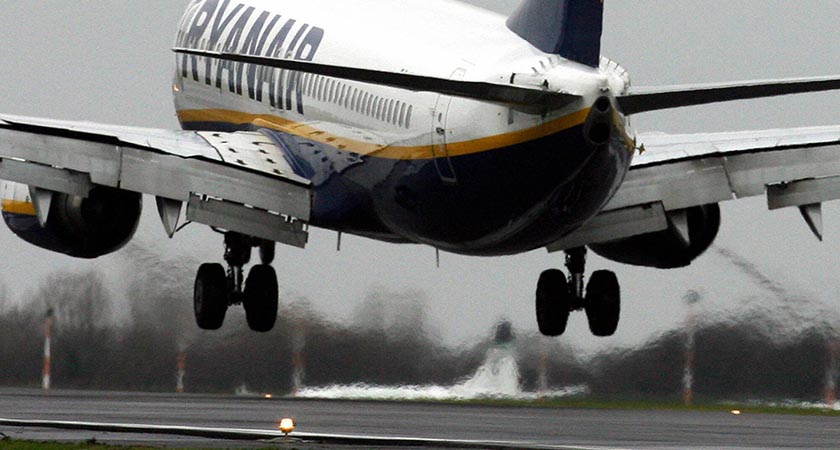 The flight continued on to its destination after a disruptive passenger was detained (Image: Getty)

After landing, a third passenger told of how those on board the plane "seemed to have a good sense of humour" about the incident despite the diversion to Madrid.

"Several people were causing a disturbance in the airport before the flight, and at least two of them were escorted by the police," he said.

"It seems to have been a group traveling together, all of them inebriated. They had initially said alcohol would not be served on the flight - probably due to the problems in the airport - but, in the end, they did serve drink.

"A nice, positive image for Scotland to send out to the world."

In a statement, a Ryanair spokesperson said: "The flight from Glasgow Prestwick to Malaga diverted to Madrid and the crew requested police assistance upon arrival after a passenger became disruptive in-flight.

"The aircraft landed normally and police removed and detained an individual before the aircraft continued to Malaga.

"We will not tolerate unruly or disruptive behaviour at any time and the safety and comfort of our customers, crew and aircraft is our number one priority.

"This is now a matter for local police."